This site uses cookies
By using this website you agree to the use of cookies in accordance with the current browser settings.
Learn more Accept
Go to main content
COVID-19 security status
Level 0: no restrictions, basic health and safety at work rules
Coronavirus Statistics
home link en Traces of earthquakes in Tatra caves

Traces of earthquakes in Tatra caves

Researchers of our Institute discovered Soft-Sediment Deformation Structures, which are very rarely preserved in the cave environment. Research has shown that the sediments were deposited in the cave in the fluvial regime, probably as a result of flooding the cave with water from melting glaciers during the last glacial period. The authors describe the formation of the observed structures in two stages. In the first stage, faults and folds were formed as a result of the gravitational movement of the sediment down the passage. In the second stage, the material liquefied and formed water escape structures. The researchers showed that the structures were likely triggered seismically. Favorable conditions occurred during the withdrawal of the last glacier (18-13 thousand years ago) when the sediments were saturated with water and the Tatra Mountains experienced strong earthquakes (M7.0). An alternative explanation could be high-frequency micro-earthquakes, which may have been caused by the gravitational slopes failures that cut across the cave. The research was published in the Journal of Structural Geology (Szczygieł et al. 2020). 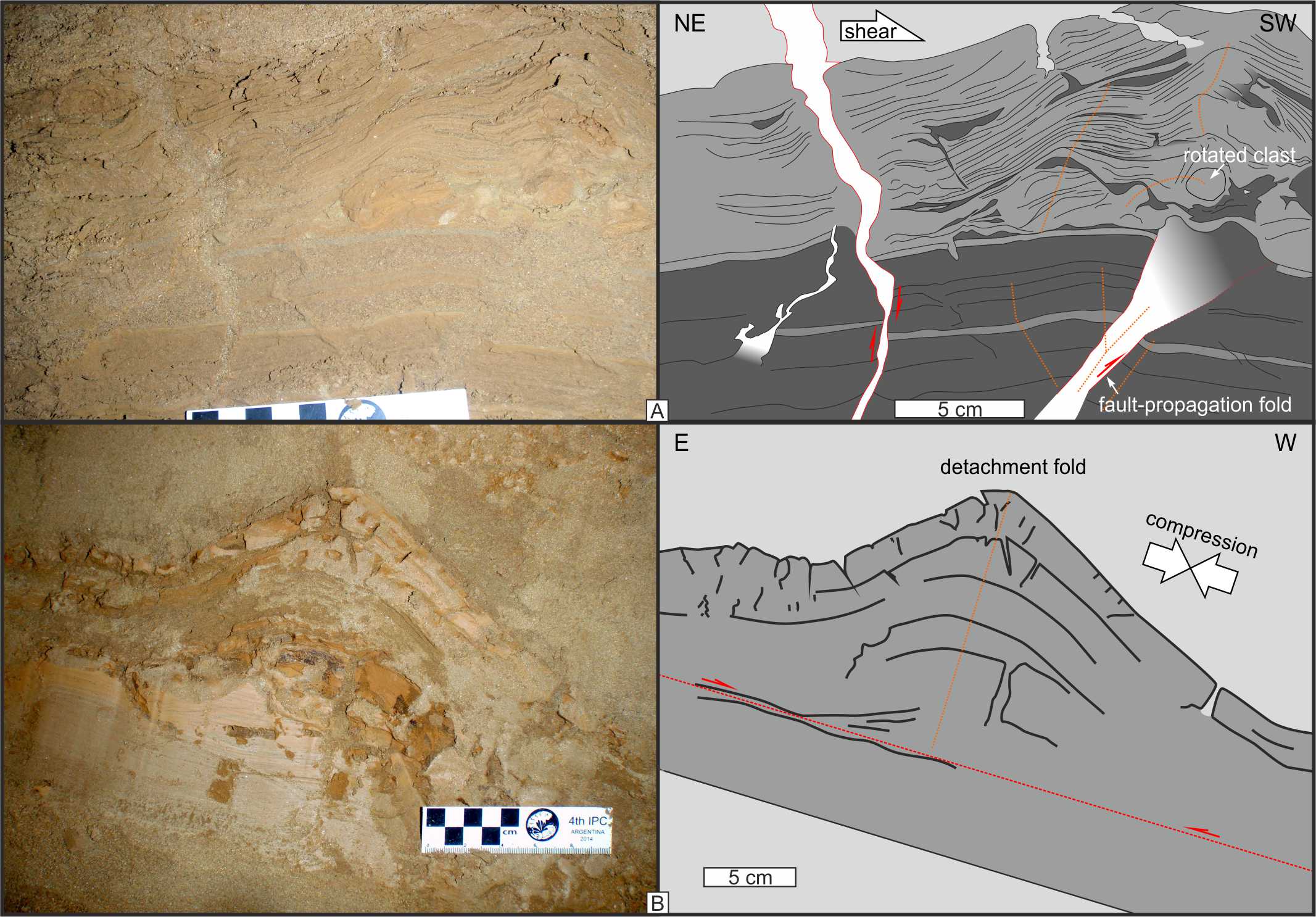