The book focuses on two perspectives: the scenological and the literary, and the visions of the spectator and those of the reader. If we refer to the spectator as the one who sees, the orientation is in the angle of the scene, but when the invocations happen in the field of the dramatic text or of different experiences of literature, another central figure appears, that of the reader. The one who reads literature is also a spectator. So what relationships and differences are established in the dynamics of spectators and readers? If this spectator/reader is absent or not perceptible, does the cultural model of the scenic or literary representation in which both are assumed make sense? Is the spectator a real body, and is the reader an invisible body? Or are these bodies just two entities of meaning that modernity has forged to connote its cultural stability? 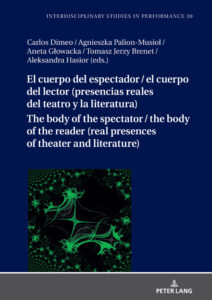 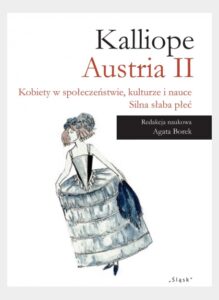 This Element outlines the environments of loving in contemporary technoculture and explains the changes in the manner of feelings (including the experience of senses, spaces, and temporalities) in technologically ediated relationships. Synchronic and retrospective in its approach, this Element defines affection (romance, companionship, intimacy etc.) in the reality marked by the material and affective 'intangibility’ that has emerged from the rise of digitalism and technological advancement. Analysing the (re)constructions of intimacy, it describes our sensual and somatic experiences in conditions where the human body, believed to be extending itself by means of the media and technological devices, is in fact the extension of the media and their technologies. It is a study that outlines shifts and continuums in the 'practices of togetherness’ and which critically rereads late modern paradigms of emotional and affective experiences, filling a gap in the existing critical approaches to technological and technologized love. 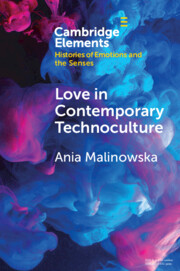 Rescue Me. On Dogs and Their Humans

This is a little book about the oldest relationship we humans have cultivated with another large animal—in something like the original interspecies space, as old or older than any other practice that might be called human. But it’s also about the role of this relationship in the attrition of life—especially social life—in late capitalism. As we become more and more obsessed with imagining ourselves as benevolent rescuers of dogs, it is increasingly clear that it is dogs who are rescuing us. But from what? And toward what? Exploring adoption, work, food, and training, this book considers the social as fundamentally more-than-human and argues that the future belongs to dogs—and the humans they are pulling along.

Portions of this book were previously published in Margret Grebowicz, “You Are Not the Boss of Your Dog,” Slate, September 21, 2021, https://slate.com/technology/2021/09/cesar-millan-dominance-theory-dog-training.html, and in Margret Grebowicz, “In Defense of the Dog Bowl,” The Philosophical Salon, January 27, 2020, https://thephilosophicalsalon.com/in-defense-of-the-dog-bowl/. 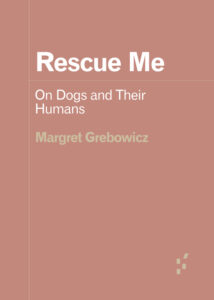 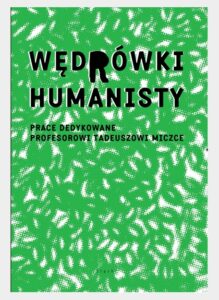