This site uses cookies
By using this website you agree to the use of cookies in accordance with the current browser settings.
Learn more Accept
Go to main content
COVID-19 security status
Level 0: no restrictions, basic health and safety at work rules
Coronavirus Statistics
home link save the date World Logic Day | Anna Glenszczyk, PhD 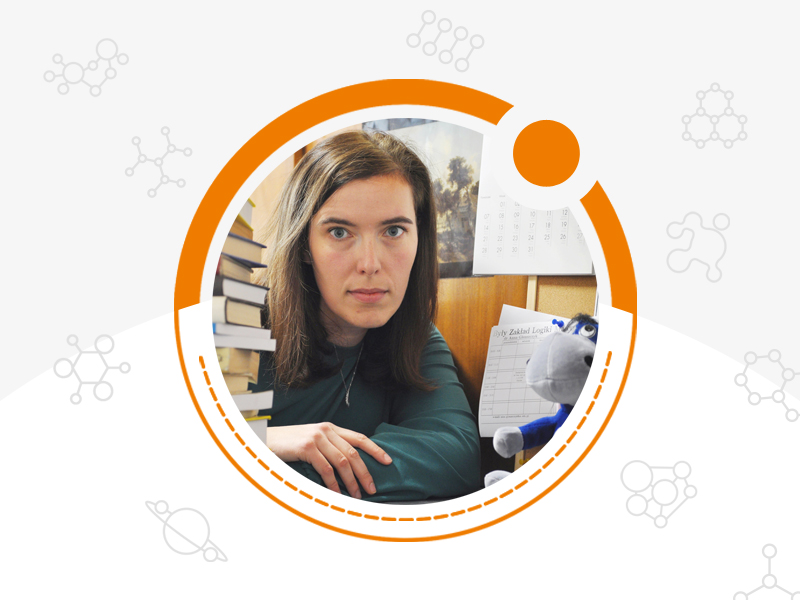 …Today’s World Logic Day is an occasion to celebrate truth formulated in a clear and precise way, searched for according to the undeniable rules of correct reasoning. For logicians around the world, it is an opportunity to discuss intuitionism and constructivism, the consequences of Gödel’s incompleteness theorem, and the conclusions of Tarski’s definition of truth; on paraconsistent logic, ontology, proof theory, axiomatisation and semantics of indirect and modal logics, higher-order systems, with infinity and paradoxes. It is also an opportunity to plunge into a comfortable armchair and read “Alice in Wonderland”, “Logicomix” or “The Hitchhiker’s Guide to the Galaxy” for the thousandth time. Yes, this is what logicians do (among other things)… 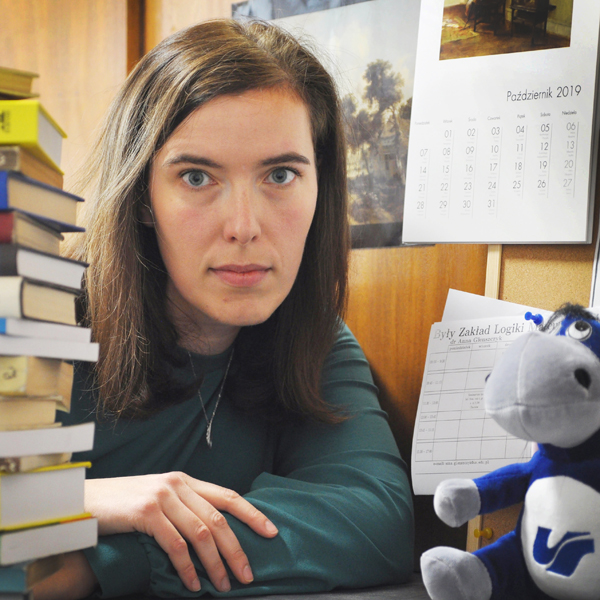 A few years ago, the anniversary of Kurt Gödel’s death and the anniversary of Alfred Tarski birth which happen to be on the same day, inspired the French logician Jean-Yves Beziau to initiate the world celebration of the Day of Logic. The first celebration of this new holiday on 14 January 2019 was the result of a (non)conspiratorial network of connections between logicians around the world. To join the celebration, it was enough to plan an event celebrating logic in any form (lecture, seminar, tea-party with the participation of the Mad Hatter and the White Rabbit …) on 14 January, spread the news in a given community, and then participate in the event and savor the pleasure of crystal-clear logical reasoning on a given day. The first celebrations were joined by several dozen universities and organisations in over 30 countries, and the idea of the World Logic Day was taken up a few months later by UNESCO, which included it in its calendar of patronage holidays.

Logic itself is the science of methodical thinking, deduction, and proving. Students of mathematics, computer science and physics will learn the basics of classical logic, i.e. a system dealing with declarative sentences, which are assigned one of two values: truth or false. With the help of logical conjunctions, you can create complex sentences from simple sentences, for example the sentence “If Leonardo DiCaprio painted Mona Lisa in 1507, hippos are falling from the sky or it is not true that Kozia Wólka is the capital of Australia”. Using the calculus for logical conjunctions, on the basis of the value of simple sentences, we can predict the value of a complex sentence (by the way: every math student should easily answer the question whether the quoted example sentence is true or false).

We owe the calculus of classical propositional logic to George Boole, who in the mid-nineteenth century developed the concept that propositions of logic can be expressed in purely symbolic language, so that operations similar to the operation of elementary arithmetic can be performed on them. Several decades later, Gottlob Frege developed this system by creating the language of predicate logic, which modern mathematicians use to describe their inferences. Logic can therefore be seen as the language of mathematics, but it would be extremely harmful to limit ourselves to such an approach. Nowadays, logic is a fully developed and diverse research discipline situated at the interface between philosophy and mathematics. In the second half of the twentieth century, logic also found unexpected application in computer science, where it provides a solid foundation for the design and verification of software and the construction of computers, as well as databases and artificial intelligence.

And what did Gödel and Tarski do for logic? In 1900, at the International Mathematical Congress in Paris, David Hilbert formulated 23 great, unsolved mathematical problems (some of them remain unsolved so far). The second problem was the requirement to prove the consistency of arithmetic, which over time turned into the so-called Hilbert’s programme, i.e. the intention to formalise all mathematics on an axiomatic basis, including the proof that this axiomatics is coherent (i.e. it cannot lead to contradictions) and complete (there are no truths in it that cannot be proved). Hilbert’s battle cry, “There is no place for ignorabimus in mathematics” turned into a braeking voice when the Austrian logician Kurt Gödel published his work “On Formally Undecidable Propositions of Principia Mathematica and Related Systems” in 1931. His incompleteness theorem reads in a simplified version as follows: in any logical system that is rich enough to describe the properties of integers and ordinary arithmetic operations, there will always be sentences that are grammatically correct, constructed according to the rules of the system, and true, but which cannot be proved within this system. Moreover, if such a system could prove its own consistency, it would be inconsistent.

The second hero of today, the Polish logician Alfred Tarski, was the first to give a formal and non-contradictory definition of truth. It positions truth in the context of the chosen language (preferably formal language) and a specific model. A key contribution to Tarski’s definition is the distinction between the language in which the sentence is spoken and the metalanguage in which we refer to the state of affairs in the chosen model: the sentence “Snow is white” is true if the snow is white. A sentence in quotation marks is a statement that must be verified if it is true. The repetition of this sentence without the quotation marks is a statement in metalanguage that describes the dependencies occurring in the model we have chosen. If it is the peak of Rysy Mountain at the turn of December and January, then probably the snow lying there is white and it can be said that the sentence “Snow is white” is true.

Logic can be seen as the science of truth or the science that seeks truth in the sense of deduction, consistency, or provability. Since ancient times, mathematicians have pondered the nature of mathematical truth, and since the Enlightenment, mathematics has been seen as the only path to truth that is ultimate, absolute and completely independent of the human mind’s ability to comprehend it. This absolute belief in mathematics (to which this science owes the title of “Queen”) at the turn of the 20th century was weakened by Georg Cantor’s results on infinity and the paradox given by Bertrand Russell regarding the existence of a set of all sets. The search for a way to exclude paradoxes from mathematics was Gödel’s incompleteness theorem, which was, in a way, the final blow to the dream of a self-sufficiency of the system within mathematics. Paradoxically, this and other results (continuum hypothesis, Church’s theorem, Cohen’s theorem) did not destroy mathematics, but took it to new, fascinating levels.

Today’s World Logic Day is an occasion to celebrate truth formulated in a clear and precise way, searched for according to the undeniable rules of correct reasoning. For logicians around the world, it is an opportunity to discuss intuitionism and constructivism, the consequences of Gödel’s incompleteness theorem, and the conclusions of Tarski’s definition of truth; on paraconsistent logic, ontology, proof theory, axiomatisation and semantics of indirect and modal logics, higher-order systems, with infinity and paradoxes. It is also an opportunity to plunge into a comfortable armchair and read “Alice in Wonderland”, “Logicomix” or “The Hitchhiker’s Guide to the Galaxy” for the thousandth time. Yes, this is what logicians do (among other things)