This site uses cookies
By using this website you agree to the use of cookies in accordance with the current browser settings.
Learn more Accept
Go to main content
COVID-19 security status
Level 0: no restrictions, basic health and safety at work rules
Coronavirus Statistics
home link Institute of Chemistry Valentine’s Day 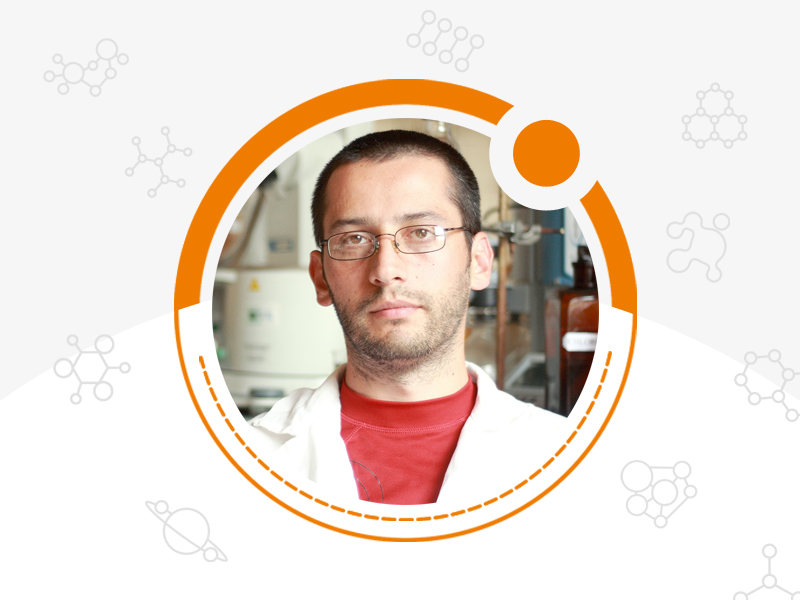 the Day of Love

14 February is celebrated as Valentine’s Day 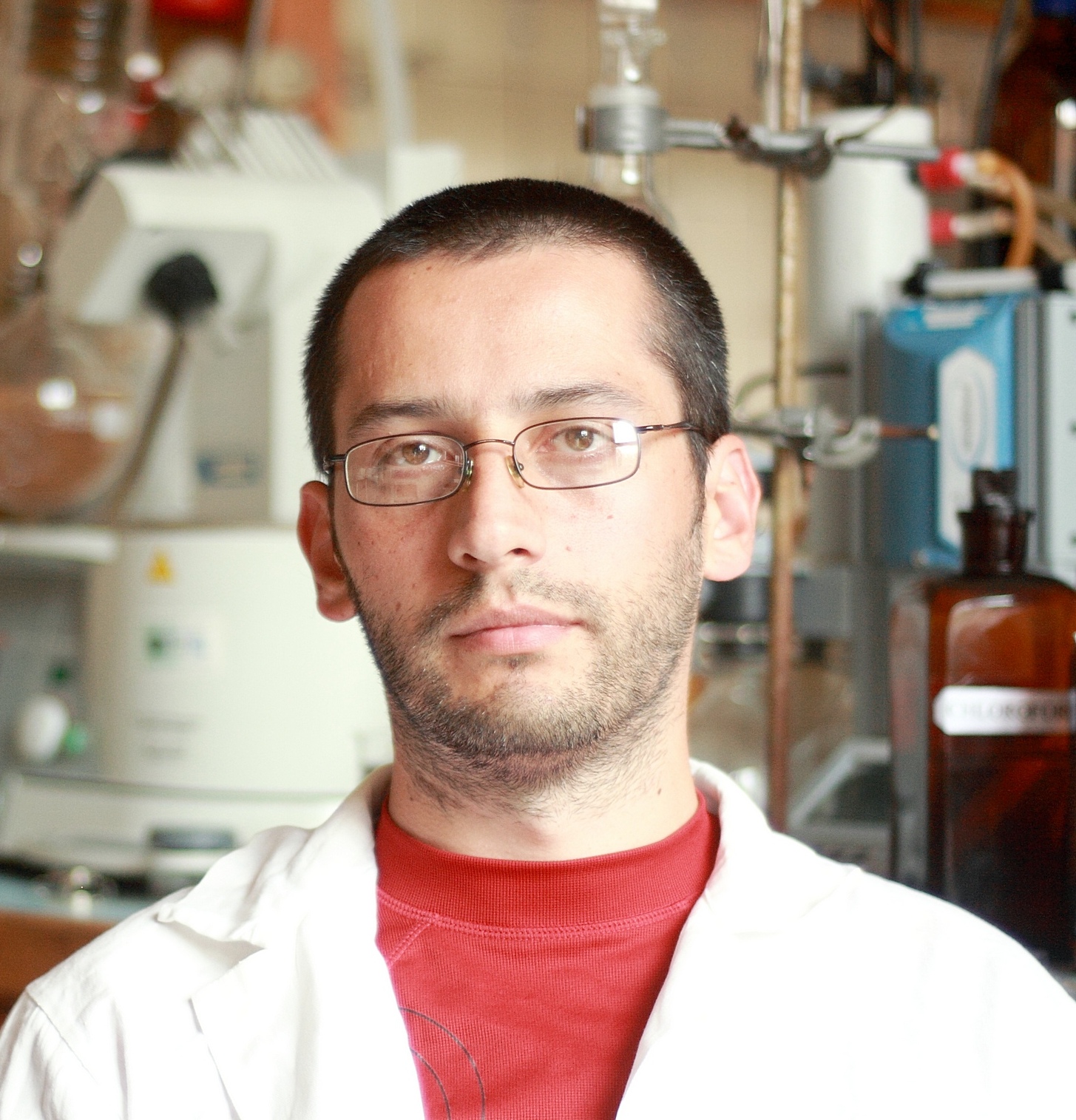 The text will not be about red hearts and cute teddy bears singing “I LOVE YOU” as several years ago a computer virus did. Here, you have a solid science you will be introduced to by Prof. Robert Musioł from the Institute of Chemistry of the University of Silesia. Stay warm:

14 February is a rough day for the Day of Love in Poland. We are all tired of winter, our immune system is weakened, going out for a date ends up with a stuffy nose, and kissing in the cold is neither healthy nor pleasant. However, similarly to the coronavirus, love does not choose and can happen to anyone at any time, and what is more, there is no vaccine against love.

Why such medical comparisons? From a scientific point of view they have much sense; physiologically speaking, love can be compared to a disease with its origin in the brain and not the heart, as commonly known. It is the brain of the person in love that is flooded by neurotransmitters and hormones that put the entire organism out of order, which is especially sensed in the heart beat. Not without reason, we talk about the chemistry between people, as falling in love is a chemical flow of neurons that floods everything including common sense.

Among the neurotransmitters we should list mostly dopamine, serotonin, adrenaline, and the mysterious phenethylamine. The latter is responsible for the first throbs of heart (by the experts described as tachycardia) and affects our brain similarly to amphetamine, to which it has an uncanny resemblance.

On daily basis, phenethylamine is produced in our brain in little amounts and, along with adrenaline, helps us to find strength in our daily struggles. Phenethylamine also gives us the feeling of euphoria in the moments we achieve something. However, it shows its less positive aspects to the ones in love; it causes distraction, excitement, and the characteristic mixture of unreasonable joy tangled with sadness and melancholy. In high doses, it results in insomnia, apathy, no appetite, and even difficulties with breathing; the spitting image of love from the pages of romanticism poets.

Another neurotransmitter: dopamine, often called the happy hormone. It is secreted in moments of pleasure, e.g. eating chocolate, playing the new stable version of Cyberpunk, or unpacking gifts. In people in love, the level of dopamine increases due to the effect of adrenaline and phenethylamine, which gives us the feeling that we can love for ever and against the entire world. Or at least that’s what we think for a period of time. Unfortunately, the increasing level of dopamine has its less pleasant effects as well; most of all, it decreases the effect of another neurotransmitter: serotonin.

Meanwhile, serotonin is essential to maintain the sleep-wake balance, appetite, as well as ability to focus and remember (it comes in hand in school). According to the current medical knowledge, its low level is typical for depression, and increasing its effect is the basic method for curing it. In people in love, the low level of serotonin is responsible for the state of melancholy when they are far away from their crush (bear in mind the crushing effect of phenethylamine on breathing).

Changing the brain into a chemical reaction flask in the long-run benefits nobody. Fortunately, our organism reaches back to balance with time. And love? It comes and it goes… changes, matures, and evolves. It is mostly due to the mentioned hormones: oxytocin, vasopressin, testosterone, and oestrogen. The former two are the so-called attachment hormones secreted during close (also intimate) contact with a loved one. Their level is affected by the storm of neurotransmitters during the early stage of attraction. Stabilising the level of these hormones lets us control the first rapid signs of feelings and turn them into mature love. Especially interesting is the oxytocin; its effect is connected with alleviating stress, decreasing blood pressure, and even painkilling effect to which women react more strongly, according to research. Oxytocin is responsible for strong motherly love, and its regular secretion creates attachment and makes building bonds easier.

Therefore, if you want to keep someone’s affection, you have better hug them instead of buying a new gadget. Indeed, a brief release of dopamine might make that person happy, but at the same time might cause a rapid decrease in mood when the gadget is not new anymore.

However, in men, vasopressin is more important; although it works similarly to oxytocin, it additionally triggers the need of taking care of the safety of loved ones. Interestingly, with the lapse of time, the brain influenced by subsequent doses of vasopressin might, among others, decrease the level of testosterone, thus, contributing to building a relationship based on mutual agreement and safety. A visible symptom of the fluctuation of testosterone can be the “daddy belly” commonly associated with good cooking and the way to a man’s heart through his stomach. Meanwhile, gentlemen, it is a way cunningly designed by the nature to restrain our youthful and stimulated by the men’s hormone carelessness and tendencies to take risks. Nonetheless, if men want to stay attractive, they should take care of their most important hormone by maintaining its secretion through leading a healthy and active lifestyle. It is easier for men anyway as contrary to women they have to manage only this one particle. We have to remember that sex hormones have the most important impact on perceiving our attractiveness; they modify not only our appearance but also behaviour or even… smell. However, gender is the topic for an entirely different story; all the more, not only the very love but also the Day of Love should discriminate no option.

How to not get lost in this dense solution of chemical substances responsible for our feelings? Unfortunately, recommended caution and calm are worth as much as online consultation in the case of an emergency. Let ourselves go with the flow of this chemical flood while trying to avoid perils.

The more we learn about the chemistry of love, the less surprised I am that exactly two weeks after the Day of Love we celebrate the Rare Disease Day.