This site uses cookies
By using this website you agree to the use of cookies in accordance with the current browser settings.
Learn more Accept
Go to main content
COVID-19 security status
Level 0: no restrictions, basic health and safety at work rules
Coronavirus Statistics
home link visibility

In accordance with the Development Strategy of the University of Silesia in Katowice, certain activities are carried out in order to increase the visibility and position of the University in the region, Europe and the world. Open access to the research results of our scientists is particularly important in this regard.

The concept of open science is in line with the assumptions of the Research Excellence Initiative. Therefore, we have launched the “Open Access” call for proposals, which allows for the dissemination of publications and research results at a high scientific level, strengthening the impact of the scientific activity of academics on the development of global science.

“Visibility of Research Centres – 2nd edition” is a call for proposals within the Research Excellence Initiative. Its goal is to increase visibility and promote the scientific activity of research centres of the University of Silesia in Katowice. Within the initiative, we support actions that contribute to strengthening research cooperation with highly renowned international scientific centres and the external environment. As much as PLN 300,000 has been allocated for the 2nd edition of the call for proposals, and the maximum fund of one proposal can amount to PLN 100,000. The planned actions have to be consistent with a centre’s profile and research goals, as well as fit into the strategy of the University of Silesia in Katowice.

A director of a research centre shall be the applicant. The substantive evaluation of a fund application is based on several factors, including the analysis of a centre’s development potential, a centre’s influence on the socio-economic and international environment, the scientific level of the conducted research, and the analysis of the influence of the declared results to strengthen international cooperation and increase the visibility of a research centre in the region, Europe, and the world.

In the first edition of the call for proposals, four research centres of the University of Silesia received a total grant of PLN 380,000. The most important effects declared by centres are significant publications, patent applications, expertise, research expeditions, seminars, debates, conferences, additional equipment of modern apparatus equipment, as well as promotion of film materials and articles.

funding for research and development activities of research centres

research centres of the University of Silesia

Summary of the "Visibility of Research Centres” call for proposals 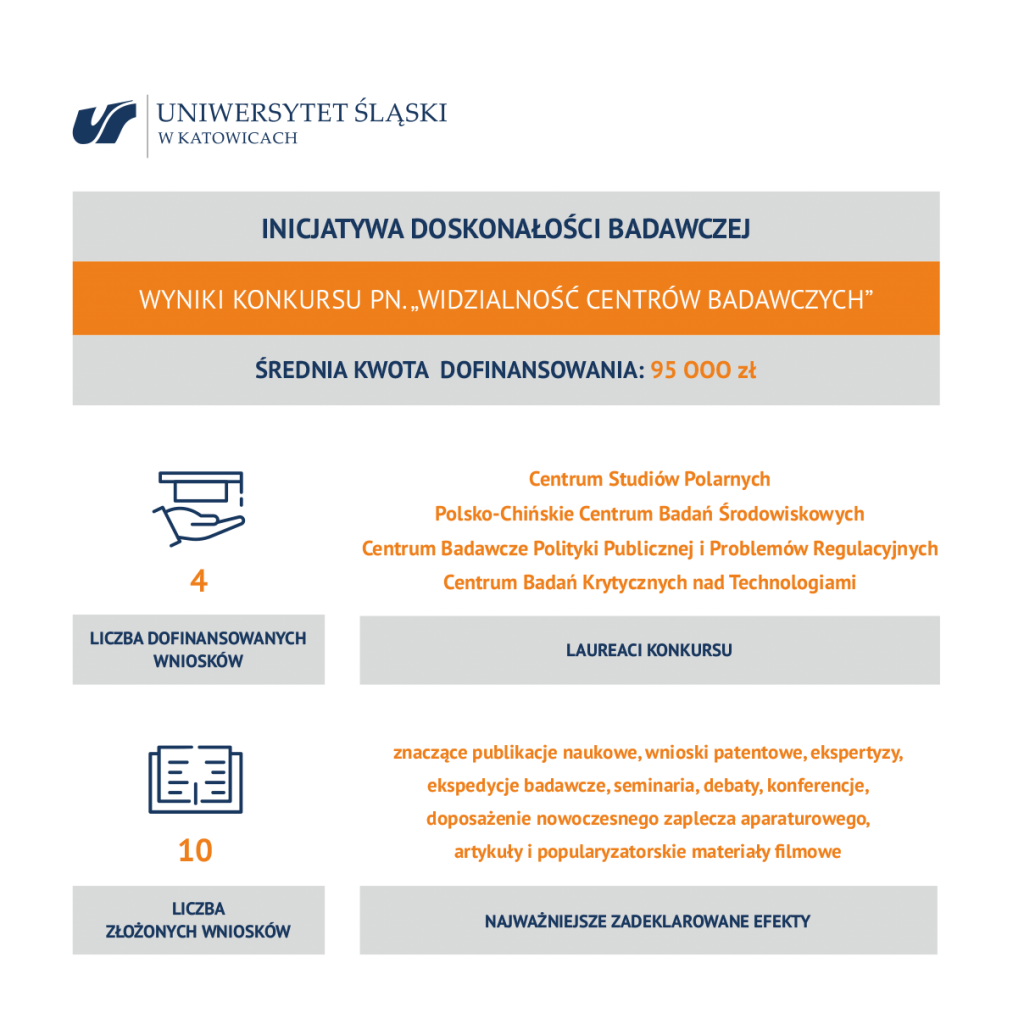 funding for research and development activities of research centres

The recruitment to “Open Access” call for proposals ended on 7 December 2020; its goal is to strengthen the visibility of the results of scientific research conducted at the University of Silesia in Katowice by publishing them in Open Access-type scientific journals. 14 institutes entered the competition, submitting proposals for articles to be published in prestigious high-impact scientific journals. Directors of institutes requested the funding in the overall amount of approximately PLN 900,000.

to be determined with the applicant 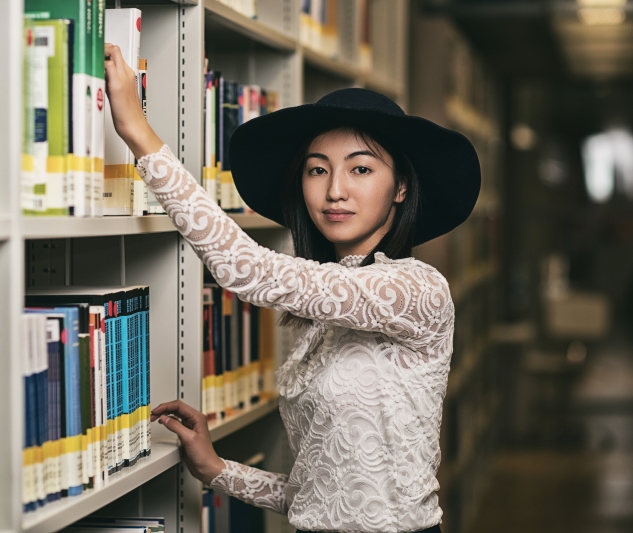