This site uses cookies
By using this website you agree to the use of cookies in accordance with the current browser settings.
Learn more Accept
Go to main content
COVID-19 security status
Level 0: no restrictions, basic health and safety at work rules
Coronavirus Statistics
home link Research into depopulation

The Institute of Political Sciences is carrying out applied research on a particularly important problem of most European societies, including the Polish society, i.e., depopulation. This term refers to a decrease in the population of a given area within a specific period of time. In the case of Poland, it is mainly caused by the aging of the society, resulting, i.a., from a negative or low rate of natural increase, which does not ensure the basic replacement rate. The negative balance of migration within more than a decade after the accession to the European Union also contributed to depopulation.

On November 16-17, 2017, a team made up of i.a., dr hab. Mariusz Mitręga, professor of the University of Silesia, and dr Natalia Stępień-Lampa, organized a scientific conference concerning depopulation studies. Its title was “Public Policies in the Time of Crisis. Dilemmas of Theory and Practice”. Some of the speakers were employees of the Institute of Political Sciences: dr hab. Małgorzata Myśliwiec, professor of the University of Silesia; dr Małgorzata Lorencka; and dr Maciej Marmola. In addition, prof. dr hab. Robert Rauziński presented a paper titled “Sytuacja demograficzna obszarów przygranicznych Polska-Niemcy” [Demographic Situation of the Polish-German Borderland Area], and prof. dr hab. Elżbieta Trafiałek and dr Monika Zwartka-Czekaj discussed the problem of senioral policy as part of their presentations. An expert panel was also organized during the conference, with the participation of: Bożena Borowiec (Director of the Regional Social Policy Center of Śląskie Province), Anna Zasada-Chorab (Vice-Mayor of Siemianowice Śląskie), Jan Jeleń (Director of the Municipal Welfare Center in Siemianowice Śląskie), Grzegorz Sikorski (Director of the Provincial Labor Office in Katowice), Krzysztof Zamasz (Member of the Management Board of the Metropolis GZM).

The conference “Public Policies in the Time of Crisis. Dilemmas of Theory and Practice” was co-organized by the Society for Scientific Initiatives, registered at the National Court Register, whose members persons at the Institute of Political Sciences. Dr Robert Radek serves as the President of the Management Board of the Society, dr Paweł Grzywna is the Vice-President of the Management Board, dr Natalia Stępień-Lampa is the Treasurer, and dr hab. Tomasz Kubin, professor of the University of Silesia, is the Secretary. Dr hab. Agnieszka Turska-Kawa, professor of the Universirty of Silesia, and dr hab. Mariusz Mitręga, professor of the University of Silesia, are also members of the Society. The goals of the organization specified in its Charter are the popularization of scientific knowledge and development of the people’s awareness of political and economic phenomena and processes. The activity of the Society and its members focuses i.a., on the problem of depopulation. In 2019, the Society received a small grant for the organization of a scientific conference titled “Polska polityka 1918–2018” [Polish Politics in the Years 1918-2018]. One of the topics discussed during the conference was public policies, including activities connected with demographic issues.

The Institute of Political Sciences publishes the journal Studia Politicae Universitatis Silesiensis. It is a political science periodical, which concentrates on public policies (Evidence Based Policy), discussing i.a., depopulation. The Chief Editor of the SPUS is dr hab. Tomasz Kubin, professor of the University of Silesia, and the Secretary of the Editorial Board is dr Paweł Grzywna. Other employees of the Institute of Political Sciences work as members of the Editorial Board or subject editors.

In the years 2018-2020, the University of Silesia for Youths was carrying out a project titled “University of Silesia for Youths – Science vs Contemporary World Problems” as part of the Operational Programme Knowledge Education Development, co-financed with the funds of the European Union within the framework of the European Social Fund. During the project, dr Natalia Stępień-Lampa conducted 6-hour workshops concerning the problem of depopulation at five schools of Śląskie Province. The title of the first workshop was: “Knowledge on the Aging of the Society”, and the second one: “Social Problems of the Contemporary World”.

Between March and June 2019, dr hab. Mariusz Mitręga, professor of the University of Silesia, conducted 8 hours of classes titled “Demographic Determinants of Developing the Directions of Social Policy” as part of the post-graduate course Legal and Social Policy Aspects of Social Insurance. The course was established by the University of Silesia in Katowice in collaboration with the Social Insurance Institution (ZUS). On September 25, 2019, Professor Mitręga took part in a debate titled Demographics, Science and the Labor Market in Light of New Technologies and their Impact on the Social Insurance System, organized by the Social Insurance Institution as part of the Entrepreneur’s Week event.

In 2020, dr Paweł Grzywna and dr Natalia Stępień-Lampa prepared in collaboration with dr Bożena Zasępa (Faculty of Social Sciences) the Strategy for Solving Social Problems of the Town of Sosnowiec for the Years 2021–2026. Sosnowiec is the most severely affected by depopulation in the entire Metropolis GZM. The research and didactic workers of the Institute of Political Sciences were involved in partial diagnosis of social problems, SWOT analysis and prognosis, as well as co-organizing workshops focused on establishing the main aim, operational aims, actions and indicators of the Strategy. The next stage of the works was the description of methodology, evaluation and monitoring, as well as the relation between the Strategy and other strategic documents.

On September 11, 2020, the project titled “Youths Make the Metropolis” started at the request of Metropolis GZM. This action is scheduled to end in December 2021. Its leader is dr Natalia Stępień-Lampa, and dr Paweł Grzywna is a member of the team carrying out the project. The project will involve a total of 10 workshops for young people aged 16-25. Their aim is to find out what are the characteristics of future Metropolis the participants would like to live in, what could encourage them to study, work, but also stay and establish families there. The final result will be a report including recommendations prepared for the needs of the Development Strategy of the GZM. This action is designed to address depopulation.

The Institute of Political Sciences also does some activity aimed at the popularization of knowledge about depopulation. On March 17, 2017, dr Natalia Stępień-Lampa gave a talk for the students of the Meritum School Complex in Siemianowice Śląskie titled “Demographic Challenges in Europe”. On April 11, 2017, she gave the same talk at the Juliusz Słowacki Academic School Complex in Chorzów as part of the event “Scientists’ Night at the Słowacki School Complex”. On September 25-29, 2017, dr Natalia Stępień-Lampa took part in the University Science Park. It is a cyclical event organized by the Open University at the University of Silesia in Katowice for school students, during which young people can come to the University and listen to special talks prepared for them In 2017, dr Natalia Stępień-Lampa gave a series of talks titled “Society in Numbers: Some Facts about Poland and Poles”, attended by approx. 250 students and teachers. In the 2018 edition of the University Science Park, dr Paweł Grzywna gave talks about the changing model of family, which is one of the causes of depopulation. Moreover, in October 2020, dr Natalia Stępień-Lampa gave a talk titled “The EU in Numbers. Some Facts about Demographics” for the Europe Direct Information Centre – Rybnik.  The lecture was published on the Centre’s website.

In order to popularize academic knowledge, employees of the Institute of Political Sciences have recorded some of their talks and published them on the YouTube channel run by the Institute. In their presentations, dr Paweł Grzywna and dr Natalia Stępień-Lampa discussed the problem of depopulation. The link to the channel is here. 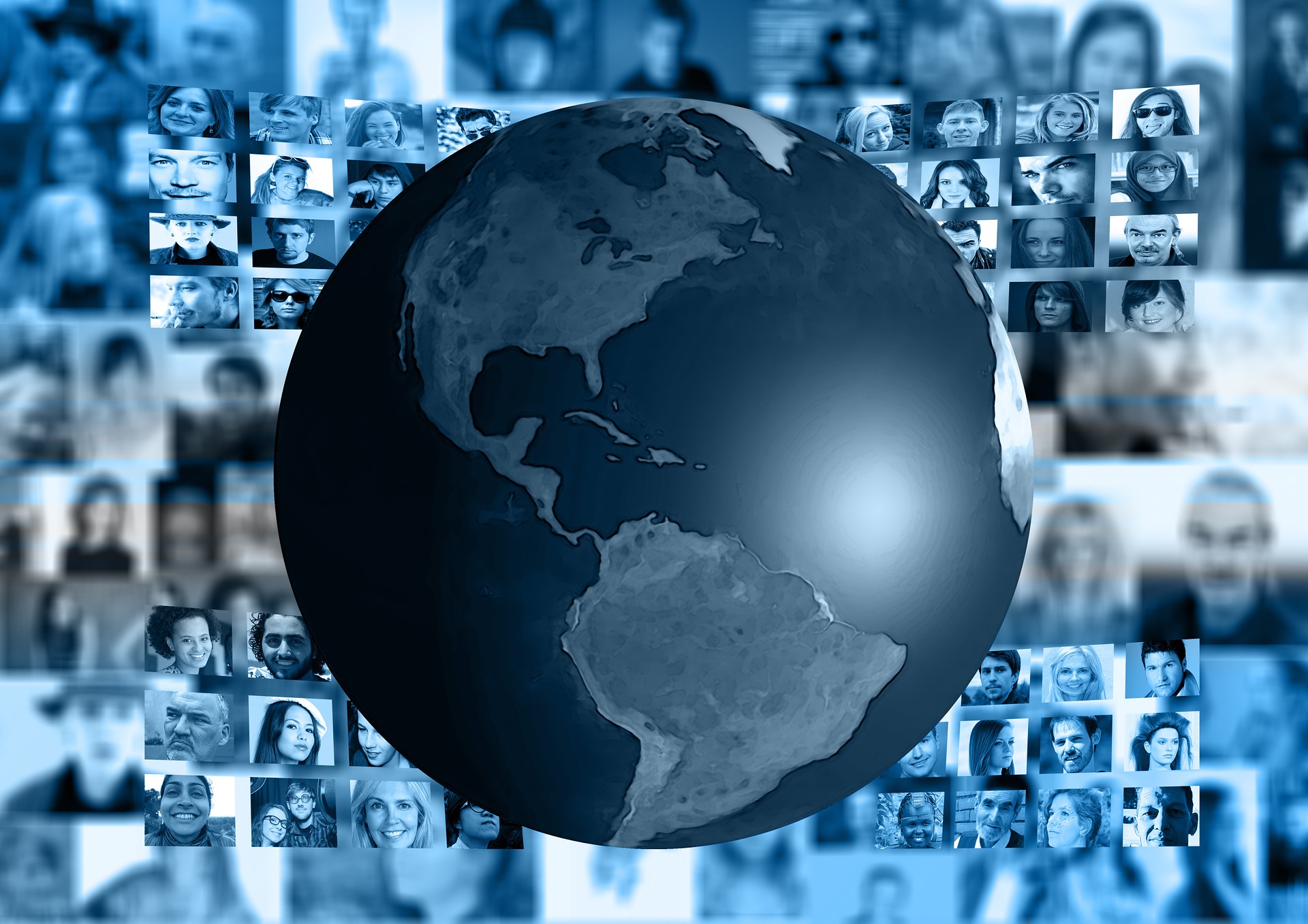