This site uses cookies
By using this website you agree to the use of cookies in accordance with the current browser settings.
Learn more Accept
Go to main content
COVID-19 security status
Level 0: no restrictions, basic health and safety at work rules
Coronavirus Statistics
home link Employees

Assoc. Prof. Katarzyna Czornik, Professor of the University of Silesia –  Ph.D. Habil. in social sciences in the discipline of  political science and administration (specialties: international security and international relations). She is an Associate Professor in the Institute of Political Science, Faculty of Social Science, the University of Silesia in Katowice. A graduate of politology at the University of Silesia. She completed The Academy of Young Diplomats programme at the European Academy of Diplomacy in Warsaw (specialty: Foreign Service)  and numerous courses and trainings in the Polish Institute of International Affairs and the European Academy of Diplomacy, Warsaw. In the past, she was a consultant at the Regional Centre for International Debate, Katowice. Her research interests focus on:  the Middle East in the international relations, foreign policy of the United States (the US policy towards the Middle East and the Russian Federation in particular), international terrorism, jihadism and Islamic fundamentalism, armed conflicts and international disputes, international security and Polish foreign security. She is an author of four monographs: Irak w polityce zagranicznej Stanów Zjednoczonych w okresie pozimnowojennym, Katowice 2011; Bliski Wschód w polityce zagranicznej Stanów Zjednoczonych w latach 1945-2012, Katowice 2012; System konstytucyjny Islamskiej Republiki Iranu, Warszawa 2014 and Polityka zagraniczna Stanów Zjednoczonych Ameryki wobec Bliskiego Wschodu w okresie pozimnowojennym. Elementy kontynuacji i zmiany, Toruń 2019. She is also a co-author of  a monograph Konflikty zbrojne na Bliskim Wschodzie i w Afryce w drugiej dekadzie XXI wieku, Katowice 2018. She is a co-author of  six edited works, an author  of 50 research papers and a member of the Polish Political Science Association, the Polish National Security Association and the Polish Oriental Society.

Assoc. Prof. Anna Czyż, Professor of the University of Silesia

The author, co-author and co-editor of several monographs and collective works, as well as several articles in scientific journals and chapters in collective works devoted to the issues of political systems of the Visegrad Group countries, cooperation of four Central European countries and issues related to the functioning of local government in Central and Eastern European countries.

Her research interests focus on issues of political systems of the countries of Central and Eastern Europe, local government, the Visegrad Group and the importance of Central Europe and the post-Soviet area in international relations.

Assoc. Prof. Rafał Glajcar, Professor of the University of Silesia

PhD Paweł Grzywna, Professor of the University of Silesia

Assoc. Prof. Sebastian Kubas, Professor of the University of Silesia

He obtained the academic title of Associate Professor in social sciences in the field of political science in 2018, defending his doctoral habilitation thesis entitled The Process of Democratisation and its Determinants. Analysis Based on the Example of the Czech Republic and Hungary (1990–2016).

Participant of Polish and foreign conferences where he presents the results of his research in the form of papers. Twice he received the award of the Rector of the University of Silesia for scientific and research achievements. Since 2014, he has been the head of the Polish Political Science Association, branch in Katowice. Subject editor of the scientific journal “Studia Politicae Universitatis Silesiensis”. Reviewer of books and scientific articles. He lectured abroad, among others in Italy, Spain, Turkey, the Czech Republic and Slovakia.

His current scientific interests and conducted research are related to the issue of democratisation and processes opposite to democratisation in the countries of Central and Eastern Europe, as well as the quality of the functioning of auxiliary units in the Polish local government on the example of Katowice. Author of works devoted to issues of political systems and the political history of the Czech Republic, Slovakia, Hungary, Poland and Japan, as well as the local government of the Third Polish Republic.

Assoc. Prof. Tomasz Kubin, Professor of the University of Silesia

She deals with the issues of the political systems of the Italian Republic and the Hellenic Republic, with particular emphasis on the electoral and party systems.

Doctor of social sciences in the field of political science. Assistant Professor at the Institute of Political Science of the University of Silesia.

She received the distinction of the Rector of the University of Silesia in Katowice awarded for scientific achievements for the best graduates in the 2011/2012 academic year.She received a scholarship from the Minister of Science and Higher Education of the Republic of Poland for scientific achievements in the 2011/2012 academic year, as well as a scholarship from the Rector of the University of Silesia for scientific achievements in the years 2008–2012. In the years 2010–2018 she was a member of the editorial board of the journal of the University of Silesia Pisma Humanistyczne, deputy editor-in-chief, subject editor in the field of political science. Since 2019, she has been a member of the Polish Political Science Association, branch in Katowice.

Participant of several university grants devoted to diverse topics bordering on the media, theoretical aspects of democracy, the functioning of the European Union and international relations. Participant of scientific and research projects, among others in the field of access to public information, in cooperation with external entities, including the BONA FIDES Civic Activity Association in Katowice. 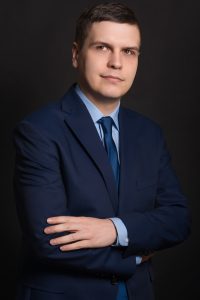 Assoc. Prof. Marian Mitręga, Professor of the University of Silesia

Assoc. Prof. Małgorzata Myśliwiec, Professor of the University of Silesia 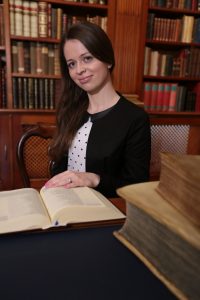 She repeatedly visited foreign institutions as a research fellow: American University in Central Asia in Kyrgyzstan, Kazakhstan Institute for Management, Economic and Strategic Research in Kazakhstan, Shanghai Academy of Social Sciences in China and China Policy Institute in Great Britain. She was also a participant in the international research grant “The analysis of the One Belt One Road Initiative and the Social Stability of Religious and Ethnic Communities in China’s Western Regions” (2016-2019) managed by Professor Jin Wei of the Party School of the Central Committee of Chinese Communist Party in Beijing. Before joining the Institute of Political Science staff in 2019, she worked as a lecturer at the OSCE Academy in Kyrgyzstan (2011–2012) and as an Assistant Professor at the Institute of Linguistics at the University of Silesia (2015–2019). Currently, she is the manager of the research project “Chinese New Silk Roads in Central Asia – measures, strategies and actors of the Belt and Road Initiative” (2019-2022) funded by the National Science Centre (budget: PLN 416 745), project number: 2018/31/D/HS5/03371.

A graduate of the long-cycle studies in political science, major in local government and teaching. Doctor of humanities in the field of political science (doctoral dissertation defended in 2008 with honours), employed as an Assistance Professor at the Institute of Political Science of the University of Silesia in Katowice.

Member of the Polish Political Science Association. President of the Association for Scientific Initiatives in Katowice. Member of the Editorial Team for the Polish Political Science Studies “Athenaeum” and Pogranicze. Polish Borderland Studies. Participant of numerous national scientific conferences. He has extensive teaching experience, including conducting classes in English with students participating in international exchanges. Multiple scholarship holder under the Erasmus+ Academic Mobility Programme. As part of the programmes he lectured, among others, in: Univerzita Mateja Bela in Banská Bystrica (Slovakia), Masarykova Univerzita in Brno (Czechia), Universidad Complutense de Madrid (Spain) and Universität Stuttgart (Germany). A member of the Expert Team in Humanities, Social Sciences and Arts section to evaluate applications for funding research projects submitted in competitions announced by the National Science Centre in Krakow in 2013–2014. Author of two monographs and many scientific articles, as well as editor of three collective works.

His scientific interests are focused on the problems of the functioning of the executive power, especially the quality and effectiveness of its operations, as well as the phenomenon of minority governments in various countries around the world. In addition to his current research direction, he also deals with issues of locality and regionalism in the unifying Europe, in particular the problems of cross-border cooperation, as well as various aspects of the functioning of political systems, in particular the political system of the Republic of Poland.

Doctor of social sciences, Assistant Professor at the Institute of Political Science of the University of Silesia in Katowice.

In her research she deals with issues related to the issue of equalisation of educational opportunities, educational policy, the phenomenon of poverty, including its spatial concentration. 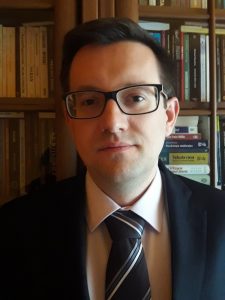 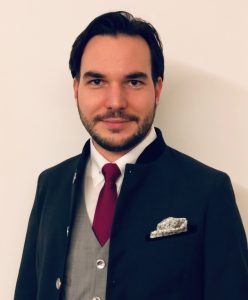 He is a participant of the European Academy of Diplomacy in the field of Polish Foreign Service. He is an author of several dozen scientific articles published in Polish and foreign scientific journals and an active participant in international conferences and research projects.