This site uses cookies
By using this website you agree to the use of cookies in accordance with the current browser settings.
Learn more Accept
Go to main content
COVID-19 security status
Level 0: no restrictions, basic health and safety at work rules
Coronavirus Statistics
home link Type information Scientists from the University of Silesia fight against Colorectal Cancers

Scientists from the University of Silesia fight against Colorectal Cancers

Despite the unquestionable progress in medicine, we still lack effective methods of treating many types of cancers. Scientists associated with the University of Silesia in Katowice conduct research intended to support, among others, therapies used in treating colorectal cancers. It’s a tough opponent. It may develop without any specific symptoms, whereas early detection of the disease significantly increases our chance of complete recovery. The most frequent solution in fighting this type of cancer is surgical methods. However, they carry a high risk of potential complications. Chemotherapy and radiotherapy are also universally used.

Effective drugs used during chemotherapy should be selective, which means that healthy cells of a patient will not be damaged in consequence of their application. Due to this, scientists designing the composition of new, more effective drugs search for components which consist of various medicinal substances. Some of them may demonstrate anti-cancer qualities and are characterised by different operating mechanisms, whereas others somehow allow to locate cancer cells and distinguish them from healthy cells. However, when designing such composites, it should be taken into consideration that particular medicinal substances interact with one another, which may ultimately lead to a change in the properties of such pharmaceuticals.

Scientists from the University of Silesia decided to take a closer look at a carbohydrazide derivative, of which they knew that it demonstrates an above-average anti-cancer activity. They analysed its interactions with other medicinal substances, also anti-cancer, but with different mechanisms of action. The research results confirmed the synergy effect between the analysed substances, as the developed composition of carbohydrazide derivative demonstrated higher efficiency of anti-cancer therapy in the form of drugs such as oxaliplatin, irinotecan and deferasirox.

The activity of pharmaceutical composition was examined in in vitro conditions on human colorectal cancer cells. The solution together with the described application was covered by patent protection. One of the advantages of the proposed solution is the possibility to achieve new therapeutic effects due to combination of well-known and used drugs.

The authors of the invention are scientists from the Faculty of Science and Technology: Prof. Anna Mrozek-Wilczkiewicz, Dr. Katarzyna Malarz, Prof. Robert Musioł and Dr Eng. Maciej Serda. 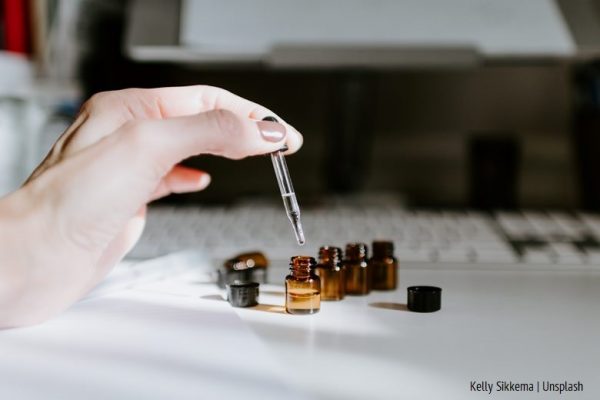