This site uses cookies
By using this website you agree to the use of cookies in accordance with the current browser settings.
Learn more Accept
Go to main content
COVID-19 security status
Level 0: no restrictions, basic health and safety at work rules
Coronavirus Statistics
home link Type information Oskar Rojewski, PhD, the finalist of the Polityka weekly’s 21st Science Awards

Oskar Rojewski, PhD, from the Faculty of Humanities, made it to the final of the Polityka weekly’s 21st Science Awards in the humanities. The scientist deals with iconography of power in the 15th and 16th centuries, issues regarding the position of artists at European royal courts, ephemeric decorations during court celebrations, and migrations of Flemish and Dutch painters. He was the winner of the prestigious Start scholarship of the Foundation for Polish Science and the “Freedom of research” call for proposals under the Research Excellence Initiative.

The Polityka weekly’s Science Awards is a scholarship programme addressed to scientists under 35 years old. Its main goal is to promote the scientific achievements of young scientists in Poland. The finalists are chosen within two stages: by the Professors’ Committee, and next by the Social Committee. The Polityka weekly’s Science Awards was established in 2000. The results of this year’s edition will be announced on 19 October 2021 in the digital form of the magazine, and the day later in its paper form.

The article on the research by Oskar Rojewski, PhD 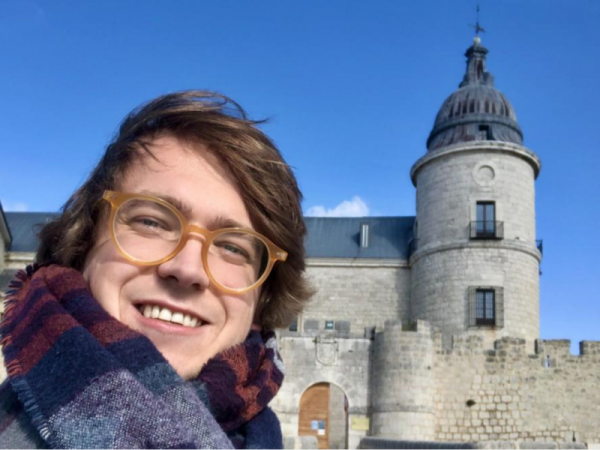 Oskar Rojewski, PhD, from the Institute of Arts Studies | Photo from the archives of O. Rojewski