This site uses cookies
By using this website you agree to the use of cookies in accordance with the current browser settings.
Learn more Accept
Go to main content
COVID-19 security status
Level 0: no restrictions, basic health and safety at work rules
Coronavirus Statistics
home link L-events Summer courses in Polish language, literature and culture 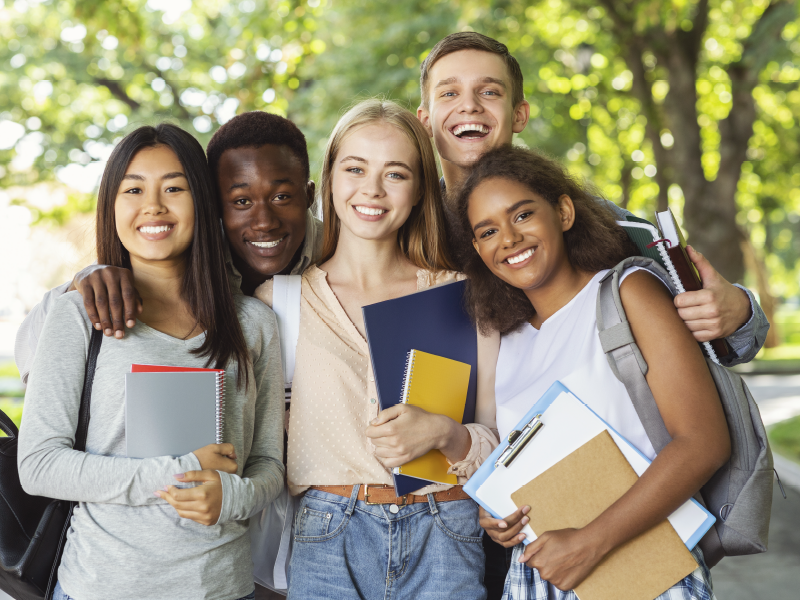 From 1 to 28 August 2022, the 32nd summer school of Polish language, literature and culture will be held at the campus of the University of Silesia in Cieszyn. Nearly 160 participants from all over the world will take part in it, including people from Jordan, Egypt, Georgia, Kazakhstan, Indonesia, Morocco, Afghanistan, Macedonia, Romania, Ghana, Bosnia and Herzegovina, Armenia, China and Malaysia. Most of them will be scholarship holders referred to the University of Silesia by the National Agency for Academic Exchange in connection with the NAWA accreditation for the years 2021–2023 obtained by the School of Polish Language and Culture at the University of Silesia. The school was included in the prestigious group of twelve accredited universities all over Poland and is the only centre in the country that obtained the authorisation to conduct all forms of activity.

At the same time – for three weeks in August – an online summer school will be held, attended by almost 90 people from China, Tanzania, Azerbaijan, Brazil, Mexico, Ethiopia, Peru, Serbia, Germany, Belgium, and Ukraine who will study at the University of Silesia as part of NAWA.

In addition to students, foreign lecturers and language teachers who work at universities outside Poland have also decided to study during the summer holidays. The on-site and remote edition will be attended by 50 employees of universities from Ukraine, Brazil, Belarus, China, and Uzbekistan, who under the supervision of experienced methodologists and glottodidactics will improve their workshop, learn new techniques and methods of learning and teaching Polish as a foreign language, get to know attractive teaching aids available on our publishing market and ways of introducing elements of knowledge about Poland, Polish culture, literature, art and science in class.

Inauguration of the event

The hybrid inauguration of the XXXII summer school of Polish language, literature and culture and the summer course for foreign teachers organised by the School of Polish Language and Culture of the University of Silesia in Katowice as a unit accredited by NAWA will take place on 2 August 2022 at 4.30 p.m. at the Teatr im. Adama Mickiewicza (Adam Mickiewicz Theatre) in Cieszyn at Plac Teatralny 1.

The inaugural lecture entitled „Roześmiana twarz polskiego romantyzmu” (The laughing face of Polish Romanticism) will be delivered by Prof. Marek Piechota from the Institute of Literary Studies of the Faculty of Humanities of the University of Silesia. The university authorities as well as the invited guests have confirmed their presence, including representatives of various offices and institutions in Cieszyn and Katowice, the Silesian Voivodeship, Polish National Agency for Academic Exchange, as well as friends, employees, co-workers and people associated with the School.

The programme of all courses, regardless of the way they are conducted, includes Polish language courses, lectures, meetings, concerts, film screenings, workshops, and language games. Participants will get to know the richness of Polish culture, history, and the socio-economic situation of our country, and during weekend educational trips – both real and virtual – they will visit important places on the map of southern Poland: Katowice, Pszczyna, Oświęcim, Beskid Śląski (Silesian Beskids) and Kraków.

The highlights of the summer courses will be two events scheduled for 15 August. First of them is “Sprawdzian z polskiego” (Test in Polish) organised since 1998 by the School of Polish Language and Culture. The participants of the event compete for the title of the Foreign Master of the Polish Language, as well as for the vice-champion titles, while Poles and Polish language teachers compete for the title of the Orzeł (Eagle) and Orzełek (Eaglet) of Polish Orthography.

The competition will be attended by participants of the summer school (on-site and remote), the course for teachers, as well as guests from other befriended summer schools. The main prize in the competition is the possibility of free participation in another summer school in Cieszyn. The champions will become honourable members of the jury in subsequent editions of the event. All laureates receive valuable book prizes, and anyone who tries to face the dictation text will receive a book.

The second event on 15 August is the Meeting of Cultures and Traditions, where you will be able to learn about art, culture, cuisine, music, dance and traditions of over 300 participants of summer courses. The participants will have a chance to take part in many quizzes and competitions, learn other languages, and try new oriental dishes. The aim is obvious – students not only learn the Polish language and Polish culture, but also have a chance to present their countries and their cultures and show the richness of their traditions. It is an initiative that has become a permanent element of the history of the School of Polish Language and Culture at the University of Silesia.

August will be therefore a month focused on deepening the knowledge of the Polish language, tradition and culture, but also on international, interethnic and inter-linguistic integration, as well as establishing friendships that last long after the end of summer courses.