We invite you to the fourth edition of Scientific Premiere Stage: Science Talk Show. The series organised by the University of Silesia promotes interesting, inspiring and acclaimed achievements of people associated with the University. This time we will meet Grzegorz Paprzycki, graduate of Film and Television Directing at the Krzysztof Kieślowski Film School in Katowice, whose movie was on the long list for an Academy Award.

My Country, So Beautiful is a documentary film which shows Poland as a place where nationalism came out of the underground and became an actual threat. Paprzycki’s movie caused a stir among critics, won a number of film industry awards, and made it to the Academy Awards longlist. The director focuses both on the rise of far-right movements, which have become part of the political mainstream in Poland over the last few years, as well as on the people on the left and right sides of the ideological and political discourse, who are all determined to defend their principles and values. What divides them is their attitude to the nationalist ideology.

If you are interested, you can take part in a conversation with the guest on Zoom after the interview.

The previous Science Talk Shows are available on YouTube.

My Country, So Beautiful – trailer 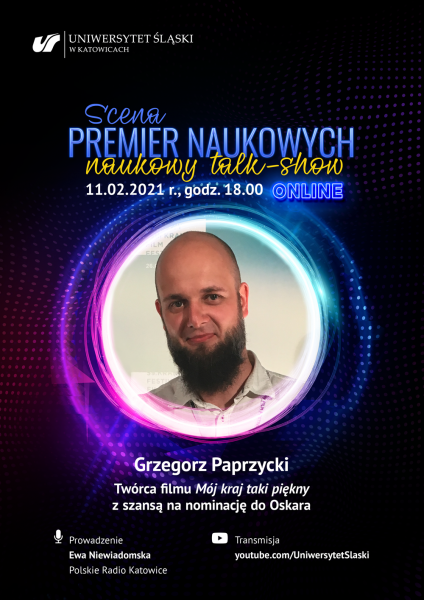