This site uses cookies
By using this website you agree to the use of cookies in accordance with the current browser settings.
Learn more Accept
Go to main content
home link L-events Visit of a delegation from Beijing Foreign Studies University

Visit of a delegation from Beijing Foreign Studies University 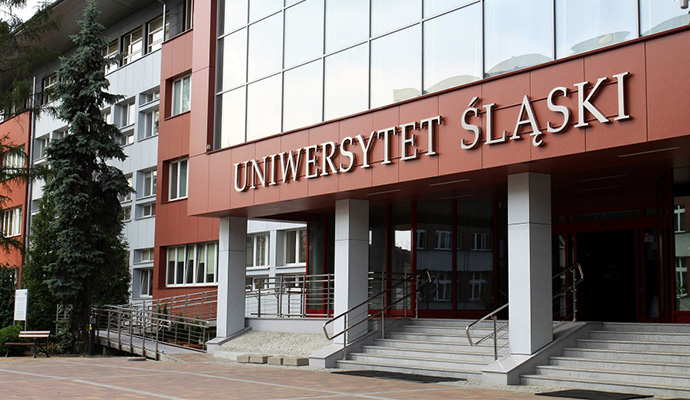 On the 16th of October 2019 the University of Silesia hosted a delegation from Beijing Foreign Studies University (BFSU). This foreign university is one of the first Chinese partners of the University of Silesia. For more than ten years the two universities have undertaken a number of joint initiatives, and the cooperation between them has been continuously developed. The exchange of students and lecturers is only one of its aspects. Currently, the two universities are preparing publication of the first ever textbook for teaching Polish as a foreign language addressed to a Chinese-speaking recipient. The authors of the publication on the part of the University of Silesia are: Prof. Jolanta Tambor, Dr Barbara Morcinek-Abramczyk, Dr Anna Gałęziowska-Krzystolik and Dr Agnieszka Tambor.

The visit of the representatives of the Chinese university at the University of Silesia was, among others, an opportunity to talk about the possibility to promote Chinese editions of Olga Tokarczuk’s works, prepared by Prof. Yi Lijun – a longtime head of Polish studies at the BFSU. This form of popularization of the novels by the Polish Nobel Prize winner may contribute to the increase of foreign literature readership, which is extremely important in China.

Additionally, the Centre for Chinese Language and Culture and the Center for Polish Studies at the BFSU will be carrying out a student translation project involving  translation of the most interesting quotations from Olga Tokarczuk’s novels into Chinese.