The development of science and research, improving the position of the 28 higher education institutions operating within the Metropolis GZM and encouraging young people from other parts of the country to choose its cities as the location for their future studies and careers – these are the objectives of projects implemented as part of the strategic programme entitled “The Metropolis of Science”. During a press conference announcing the 5th edition of the Silesian Science Festival KATOWICE on 16 September, Kazimierz Karolczak, Chair of the GZM Board, summed up the projects implemented so far within the Science and Education Support Fund, to which more than PLN 1 million had been allocated. He also informed the audience about further activities – later this year the Metropolis will announce a competition for Bachelor’s, Engineer’s, and Master’s theses by students from GZM, which will address issues related to the development of cities and metropolitan areas.

The Silesian Science Festival KATOWICE is an event organised by higher education institutions and its aim is to promote the scientific, educational and research potential of the region. For years it has enjoyed enormous popularity among the residents of the region, who take part in meetings, workshops, and lectures on a variety of scientific disciplines.

The fifth edition of the Silesian Science Festival KATOWICE will take place between 9 and 15 October, and will take an exceptional and perhaps unique format: this time, the festival audience will be invited, due to restrictions related to the pandemic, to the Rawa boulevards in Katowice for one day, and for the next five consecutive days to the virtual space. One of the special zones of the 5th ŚFN will be devoted to the outstanding science fiction writer Stanisław Lem.  Metropolis GZM is co-hosting this event.

Awards for theses on the development of cities and metropolitan areas

Supporting the educational and research potential of universities operating in the Metropolis is one of its strategic activities, e.g. as part of the Science and Education Support Fund.

Moreover, GZM is creating a whole programme called “The Metropolis of Science”, which is designed to constitute a package of financial and organisational tools supporting universities in improving their educational offer and thus strengthening their role as academic and research and development centres.

In this way, the Metropolis wants to encourage young residents, as well as their peers from other parts of the country, to commit their professional future to its cities and municipalities and to find employment in the many economic sectors present in the region – from automotive, energy and medical to IT and future technologies.

“We want to take the next step soon. We intend to announce in October this year a competition for theses: Bachelor’s, Engineer’s, Master’s for university students from the GZM area. Soon we’ll want to present the details, including the technical ones, of that new project,” says Kazimierz Karolczak, Chair of the GZM Board.

He adds that it is precisely through such activities that the Metropolis wants to support and co-create a scientific and research environment for the towns and municipalities of the GZM area. The topics of the submitted works can concern any aspect related to urban development. Particular attention will be paid to those works that address issues related to the issues and projects addressed by the Metropolis, such as an analysis of factors encouraging and discouraging people from choosing to travel by public transport on the example of the GZM metropolitan area, open data as a smart city element in digital public administration on the example of the GZM Data Store metropolitan project, or water retention as an antidote to water shortages – good practices from the GZM area and perspectives for development.

For the first edition of the competition, the Metropolis plans to invite authors of diploma theses that have been created starting from the 2018/2019 academic year, i.e. coinciding with the start of GZM activities. In subsequent years, theses defended in the previous year will be eligible for submission.

The competition is also intended as the Metropolis’ contribution to promoting the scientific achievements of the universities operating in its area.

The first project launched by the Metropolis GZM to strengthen the educational offer of metropolitan universities was the Science and Education Support Fund launched two years ago. Thanks to this fund, the universities have the opportunity to invite mentors, world-class scientists from top ranking universities, to conduct classes for our students and researchers.

“This is of great importance when we think about the future and development of our region. About moving to higher and higher levels of technological advancement so that places can be created where not only the final product is assembled, but also where the ideas behind it are designed so that these ideas are produced here, researched, tested and then implemented,” says Kazimierz Karolczak.

So far 17 projects have received funding of over PLN 1 million. Four of them have been completed, and over a thousand people took part in the delivered lectures. The fund’s budget still has about PLN 7 million left for universities to spend.

During the 5th Silesian Science Festival KATOWICE, you will be able to listen to the lectures of two professors who were also invited there within the framework of the Science and Education Support Fund. Their lectures will concern the competencies and skills of the future. 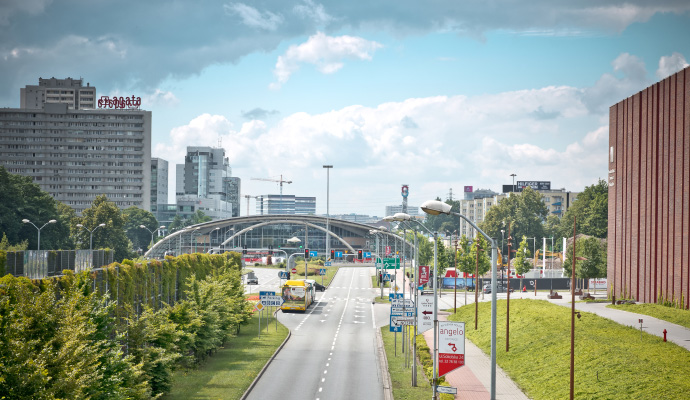