Can contemporary cultural patterns of femininity and masculinity influence the predisposition to aggressive behaviour?  Why sometimes an impulse is enough to react with violence, e.g., to slam a door, to humiliate another person, or even to beat them? Can such behaviours be influenced by our self-esteem or our attitude towards the world around us? These are just a few questions that Dr Magdalena Bolek-Kochanowska, a psychologist from the University of Silesia, was looking for answers to.

Dr Magdalena Bolek-Kochanowska studied the features of psychopathy in women in prison during her Master’s degree studies. While preparing the doctoral dissertation, she broadened the scope of her scientific interests. She focused primarily on the determinants of women’s crime, in particular regarding aggressive behaviour.

“What contributes to aggressive behaviour in women? Can their readiness for aggression be influenced by their beliefs or their psychological gender? Each of us has got certain inner readiness for aggression. Do women who use violence differ from others? I decided to take a closer look at these phenomena by researching women who are imprisoned in several different prisons,” says the psychologist from the Faculty of Social Sciences.

The research has involved 173 inmates, 96 of whom committed a violent crime and 77 were convicted for crimes non-related to violence.

Three forms of readiness for aggression

“I was intrigued by the psychological concept by Prof. Adam Frączek who distinguished three major forms of readiness for aggression. This prominent scientist in the field of aggressology wondered what internal psychological mechanisms can entice us to aggressive behaviour. In his concept, he stresses that the same behaviour in terms of form and intensity may be regulated by separate psychological processes and structures,” says Dr Magdalena Bolek-Kochanowska.

The first form is called emotional-impulsive readiness. It is the tendency to react with anger to harmful stimuli (such as pain) or frustration. In this case, the violent reaction results from the lack of adapted emotional control. We cannot forget here about the role of certain temperamental conditions that are beyond our control.

“There are people around us that ‘are on a short fuse’, if I can express it that way. This is their personality trait, they are more reactive. They have difficulty in controlling emotions, that does not mean they are allowed to be aggressive,” stresses the psychologist. “It is worth remembering that with each life experience we can learn how to tolerate tension, reduce the agitation, or react to it more properly. However, if we do not acquire such skills, we increase the possibility of impulsive – often aggressive – actions.”

The second form of aggressive behaviour is due to habitual-cognitive readiness. In this case, the values ​​and social norms in our environment and the degree to which we have absorbed them are the determinants. In other words, if in a given society aggression is an acceptable form of reaction in some situations, our readiness for aggression may be greater. In this case, we are talking about patterns or scripts of behaviour characteristic of specific roles or social functions. They can be seen as a legitimate element of exercising power.

“In our society, such an example may be a use of force by a police officer or a parent giving their child a slap, which is still considered as a justified reaction by some parents,” says the scientist.

The third form identified by Prof. Adam Frączek is a personality-immanent readiness for aggression when harming others is strongly connected with stimulation and pleasure felt by the aggressor, who might gain satisfaction from the sense of control over their victim.

The cognitive system, i.e. our beliefs

The next step in the research was the analysis of the cognitive determinants of these three patterns of readiness for aggression based on data collected in prisons.

“I wanted to meet my interlocutors directly. When researching prisoners, questionnaires and surveys are often given at the gates of the facility. I, on the other hand, wanted to explain to the inmates why their participation is of great importance to me, what it can be useful for, who can be helped this way.” says the psychologist. “This topic is difficult, that’s for sure. Sometimes I noticed impatience, maybe exhaustion with subsequent questions, but this direct and personal contact, explanation why I am here, and my presence during the research in many cases helped me gather enough quantitative material for further analysis,” she adds.

The questions regarded the inmates’ attitudes towards aggression.

How often do you slam the door in anger? Do you happen to suddenly burst into anger? Do you think that the use of violence in certain situations is legitimate?

The psychologist used some tools in researching their beliefs as well. She checked how they perceive themselves, the world, and other people. Thus, important questions were asked again.

Is the world a good and safe place? Do you consider yourself unfortunate or lucky? Do you think you have an impact on what happens to you? Or maybe you are convinced that everything happens regardless of your actions?

Yet another tool served for researching the self-assessment of these women. The psychological gender dimension was also important, i.e. the tendency to use a certain gender pattern (femininity – masculinity) and identify with it. Time perception perspectives also turned out to be an important aspect.

How often do you dwell on past mistakes and bad experiences? Or you rather focus on here and now, getting as much as possible out of life? Are you convinced that your life is driven by fate or destiny? Or maybe you want to achieve something, you set goals, and plan to get there?

“Based on the answers to such questions, I could assess their beliefs, and compare them with the patterns of readiness for aggression,” explains Dr Bolek-Kochanowska.

The results showed that in each participant group, the dominant pattern of readiness for aggression was the emotional-impulsive form. It means that these women often resort to aggression on impulse or a surge of sudden anger they are unable to suppress. Interestingly, the other two mechanisms are more characteristic of men. At least these are the results of research conducted by other authors who are cited by Dr Magdalena Bolek-Kochanowska.

Moreover, through her work, she proved that women who were sentenced to prison for robberies, extortion, criminal batteries, etc., showed a higher intensity of all three forms of readiness for aggression in comparison to women sentenced to prison for crimes non-related to violence. It also turned out that some beliefs may significantly increase the risk of aggressive behaviours. The research shows that the most prone to such behaviours are young people with low self-esteem, adopting the so-called present-hedonistic temporal orientation.

“Let us imagine a woman of 23. She hears in the media that she should live the moment and get the most out of life. She doesn’t think of what will be tomorrow and what was yesterday. This message is dominant in the culture in which we live nowadays. If she has low self-esteem, which unfortunately is not hard to have, and additionally experienced aggressive behaviour in the past, the risk of herself engaging in aggressive behaviour increases, including the risk of committing a violence-related crime,” says Dr Magdalena Bolek-Kochanowska.

“I am a psychotherapist. If I am to help such people, I have to identify as many factors related to destructive behaviour as possible in advance. Such knowledge is provided by e.g. conclusions from my research that I have partially presented,” she sums up.

People interested in Dr Magdalena Bolek-Kochanowska’s research can read the findings of her research in the work entitled Przekonania a gotowość do agresji kobiet skazanych za popełnienie przestępstwa z użyciem przemocy (Beliefs and readiness for aggression among women convicted of committing a violent crime) published by the University of Silesia Press in 2020.

The article entitled „Ready for aggression” was published in the February issue of „Gazeta Uniwersytecka UŚ” (University of Silesia Magazine) no. 5 (285) 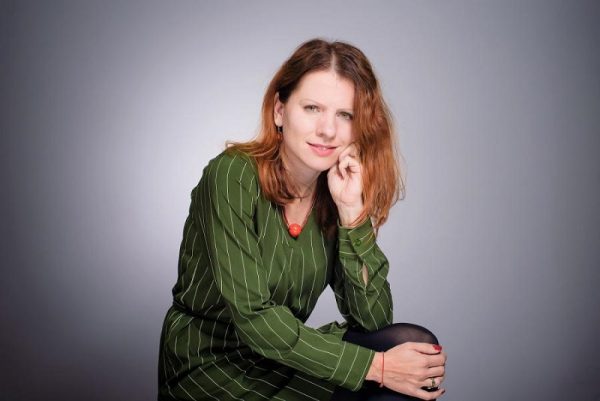