During the official ceremony on 16 July 2022, on the main stage of Leidse Schouwburg Stadsgehoorzal in the Dutch Leiden, the four-day EuroScience Open Forum 2022 conference was closed. The event was an opportunity to summarise Leiden’s six-month activity as the European City of Science 2022, as well as to reflect on the debates, meetings, exhibitions, and demonstrations proposed to ESOF2022 participants. The ceremony featured representatives of the city authorities, universities, and local government officials.

The ceremony of conferring Katowice the title of the European City of Science 2024 was opened by Marija Gabriel, the European Commissioner for Innovation, Research, Culture, Education and Youth. The opening was followed by the speeches of the ESOF2022 champions: Ferry Breedveld and Corinne Hofman. They both talked talked about successful rejuvenation and diversification of the image of science in the project. They also pointed to building international friendships and praised the inspiring meetings that took place as part of the ESOF conference.

During the ceremony, the mayor of Leiden, Henri Lenferink handed the symbolic keys of the European City of Science 2024 to the president of Katowice, Marcin Krupa. This part of the programme was led by the chairman of EuroScience, Prof. Michael Matlosz, who enthusiastically spoke about the choice of the capital of the Silesian Voivodeship as the European City of Science: “When we chose Katowice, we knew it was a city that would do the job.”

Then, the floor was taken by the representatives of silesian universitites. During their speeches, they indicated the chances that the conferred title would bring to the capital of Upper Silesia, as well as the projects that will be implemented in the city in the coming years. Ryszard Koziołek, the Rector of the University of Silesia, emphasised the role that science plays in the everyday life of every citizen: “We want to use science as a tool for modernisation. Our goal is to provide the public with the best possible answers to the question asked. We want to show how to live a better life, thanks to science.”

The ceremony was closed with the performance of Marcin Wyrostek, an accordionist and winner of the 2nd edition of Poland’s Got Talent!

Efforts to confer Katowice the title of the European City of Science 2024 were successful thanks to the combined efforts of the partners belonging to the Katowice – City of Science Academic Consortium:

Conferring the title of the European City of Science 2024 to Katowice is not only an honour, but also a great responsibility – the changes that will be undertaken in the coming years in the capital of the Silesian Voivodeship will contribute to the improvement of the quality of life and health of the inhabitants. The changes will be based on solutions proposed by science.

The title is also an opportunity to draw the attention of the international community to the potential of Katowice, which can already boast the richness and diversity of the scientific landscape and a thriving academic community. It is also an evidence to the transformation of the city built on heavy industry, which today grows into an increasingly important centre for the development of numerous scientific disciplines and modern technologies in the country and in Europe. It is also in Katowice where the Silesian Science Festival KATOWICE is organised – one of the largest events popularising science in Europe and in the world.

The title of the European City of Science is also an opportunity to increase the involvement of the inhabitants of Upper Silesia and the scientific community in solving local problems. It strengthens the possibilities of obtaining funds for the implementation of investment plans in regional science and increases the recognition and tourist attractiveness of the city on the international arena. 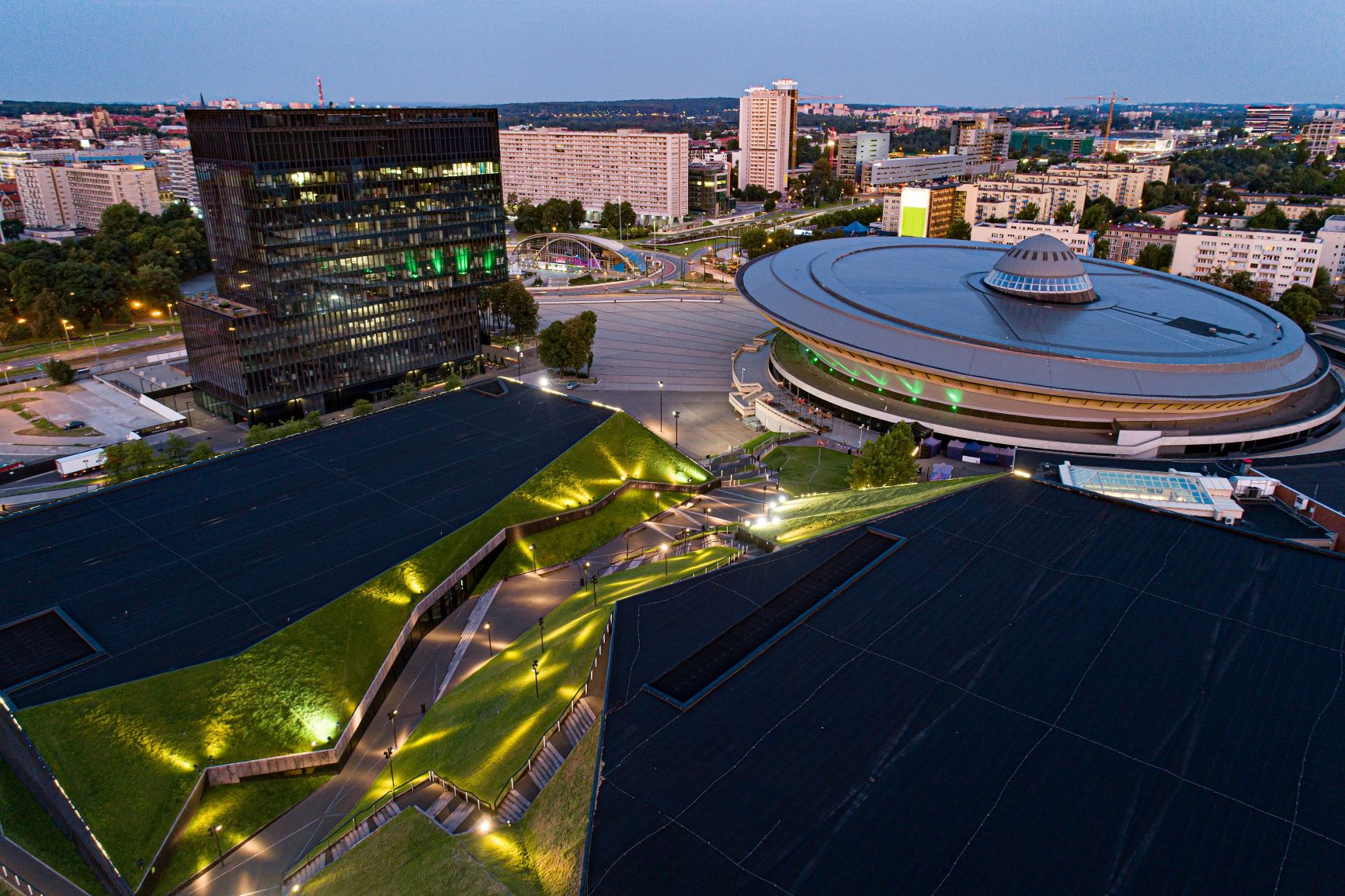 photos of the University of Silesia