Mirosław Węcki, PhD from the Institute of History of the University of Silesia in Katowice has been honoured with the prestigious Karin Biermann Award (Karin Biermann-Preis für Schlesienforschung) for his research on Silesia. The distinction has been awarded by the Foundation for Silesian Culture (Stiftung Kulturwerk Schlesien) from Würzburg for the book entitled „Fritz Bracht – Gauleiter von Oberschlesien. Biographie” (Paderborn 2021). The award was presented on 18 June 2022 in Bad Alexandersbad (Germany) during the conference entitled „Schlesier Weltweit. Migration von Schlesien in die Welt”.

The awarded publication is the first monograph concerning the life and political activity of Fritz Bracht (1899-1945) – a Nazi gauleiter and oberpresident of the Upper Silesia during WWII. The book published in 2020 by a renowned German scientific publisher Brill-Ferdinand Schöningh is a corrected German-language version of the work entitled: „Fritz Bracht (1899–1945). Nazistowski zarządca Górnego Śląska w latach 1941–1945” (Fritz Bracht (1899–1945). Nazi Administrator of the Upper Silesia in 1941-1945, Katowice 2014) based on the doctoral dissertation.

Mirosław Węcki, PhD works at the Institute of History of the University of Silesia in Katowice. He defended his doctoral dissertation in 2012. In 2003-2017, he worked at the State Archive in Katowice. Since 2017, he has worked in the Historical Research Office of the Institute of National Remembrance in Katowice. His main research interests cover the history of the Upper Silesia in the first half of the 20th century, with particular focus on 1919-1922 (Silesian uprisings and Upper Silesia plebiscite) and 1933-1945 (formation and activity of the National Socialist Party in Germany, regional authorities in the Third Reich in the Upper Silesia and 20th century Upper Silesian archival materials). 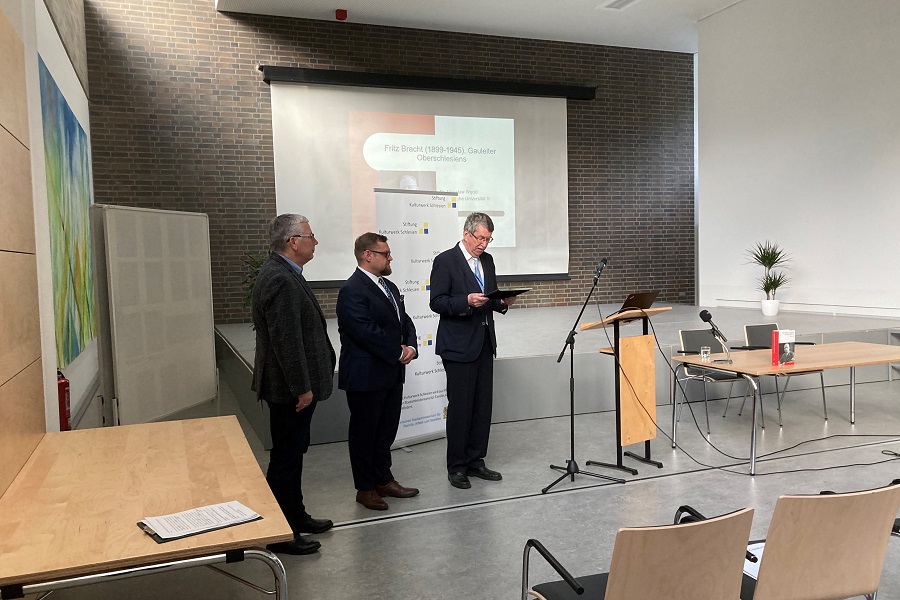 photo from the private archive of Mirosław Węcki, PhD