This site uses cookies
By using this website you agree to the use of cookies in accordance with the current browser settings.
Learn more Accept
Go to main content
COVID-19 security status
Level 0: no restrictions, basic health and safety at work rules
Coronavirus Statistics
home link News general Time to Start Polonaise!

Every year at this time we would begin balls and proms with polonaise, a Polish national dance. This year it is impossible due to the coronavirus pandemic. This is why the initiative entitled Studniówka 2k21 (Prom 2k21) originated. Its goal is to preserve this custom, but also to show that polonaise is still alive and present in public awareness.

All interested parties, not only this year’s secondary school graduates, can take part in the online event organised by Stowarzyszenie Wytnij Hołubca, in cooperation with the Institute of Music and Dance, Polish branch of CIOFF® and Balet Dworski Cracovia Danza. A film with polonaise dance arrangement, which can be recreated even by one couple at home, will be published on Facebook. To take part in Studniówka 2k21, it’s enough to record your short arrangement and published in the Facebook event.

The initiative is intended to show that dancing polonaise together at the beginning of the ball, especially at the time when activities related to entering this dance on the UNESCO Representative List of the Intangible Cultural Heritage of Humanity, is still a living tradition and nice memory for all Poles, regardless of circumstances or adversities. To support the process of entering polonaise on the list, you can submit your signature at: www.survio.com. It takes less than 1 minute to complete the short survey.

On behalf of the University of Silesia in Katowice, both the event and the whole procedures connected with entering polonaise on the UNESCO Representative List of the Intangible Cultural Heritage of Humanity are supported by International Students’ Folk Festival, and Student Song and Dance Ensemble „Katowice”.

Conseil International des Organisations de Festivals de Folklore et d’Art Traditionnels (International Council of Organizations of Folklore Festivals and Folk Arts) – CIOFF® was established in 1970 in France on the initiative of eleven member states, including Poland. The blue flag with CIOFF® emblem is present at over 330 international festivals around the world. Every year, they are attended by more than 6,200 folklore teams with 140,000 performers and over 10 million viewers.

International Students’ Folk Festival (MSFF), which is organised by the University of Silesia in Katowice, which is held under the patronage of this prestigious organization. MSFF has the CIOFF International title, which proves that it complies with the highest technical, cultural and educational standards.

Student Song and Dance Ensemble „Katowice” is also a member of CIOFF ®. 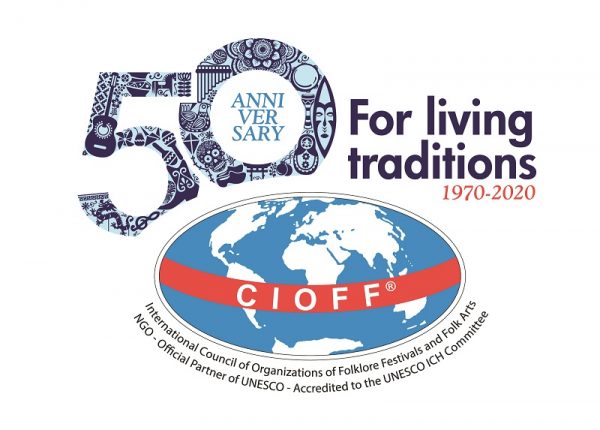