This site uses cookies
By using this website you agree to the use of cookies in accordance with the current browser settings.
Learn more Accept
Go to main content
COVID-19 security status
Level 0: no restrictions, basic health and safety at work rules
Coronavirus Statistics
home link Type information Prof. Ryszard Koziołek – Rector of the University of Silesia in 2020–2024

The Electoral Committee at the University of Silesia in Katowice elected Prof. Ryszard Koziołek as the Rector of the Silesian Alma Mater for the term 2020–2024. Due to the current pandemic situation, the voting was conducted by electronic means.

The Electoral Committee decided that Prof. Ryszard Koziołek (current Vice-Rector for Education and Student Affairs, and Head of the College of Interdisciplinary Individual Studies) will be the Rector of the University of Silesia effective from 1 September 2020. He received 188 votes out of 269 votes cast (including 263 valid votes). The other candidates received the following number of votes: Prof. Zbigniew Celiński – 15, Prof. Karol Kołodziej – 60.

Prof. Ryszard Koziołek is a literary scholar, essayist and professor at the Institute of Literary Studies at the University of Silesia. He completed his studies at the Silesian Alma Mater and has been associated with our University for over 30 years. In addition to being a renowned academic, he also conducts scientific research, performs administrative functions and initiates many projects, both in the field of popular science (e.g. Silesian Science Festival KATOWICE) and education – development and implementation of individual interdisciplinary studies, which is a unique form in Poland and enables students to carry out their education in an individual and interdisciplinary manner, based on all curricula available at the University of Silesia.

Prof. Ryszard Koziołek has also received numerous awards, including Gdynia Literary Prize in the essay category for the book entitled ‘Ciała Sienkiewicza. Studia o płci i przemocy’ (Sienkiewicz’s Bodies: Studies of Gender and Violence) in 2010, Silesian Literary Laurel for the book ‘Dobrze się myśli literaturą’ (It’s Good to Think with Literature) in 2026, as well as Kazimierz Wyka Prize from the Marshal of Lesser Poland Voivodeship and President of Kraków, awarded for the outstanding achievements in essay writing, literary criticism and art criticism. He was also a member of the jury in four subsequent editions of Nike Literary Award, and the chairman of this jury in 2015.

While performing administrative functions, he undertook activities for improving the educational competencies of academics and supporting their development, as well as implementing and developing the electronic tools which support the teaching process. He is the author of the concept and General Director of Silesian Science Festival KATOWICE – one of the biggest popular science events in Poland and Europe.

The foundation of the election program of Prof. Ryszard Koziołek is the Development Strategy for the University of Silesia in 2020-2025, and his main purpose is to obtain the ‘research university’ status for our University. The key elements of his vision of the Silesian Alma Mater and tasks for the future Rector and our academic community have been set out in the following nine points:

These points lead to detailed solutions, described in the full version of the election program, which is available on the following website: uczelniatodobremiejsce.pl. 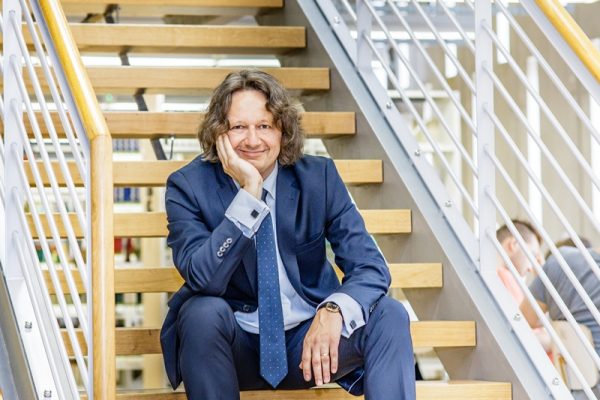 Prof. Ryszard Koziołek, Rector-elect of the University of Silesia (term 2020–2024)