During the European Economic Congress, on 26 April 2022, the ceremony of awarding the ‘Promoter of Poland’ statuettes took place. For the 6th time, the Polish Promotional Emblem Foundation awarded outstanding personalities from Silesia. One of the laureates was Prof. Tadeusz Sławek – literary scholar, poet, local government official and the Rector of the University of Silesia from 1996 to 2002. 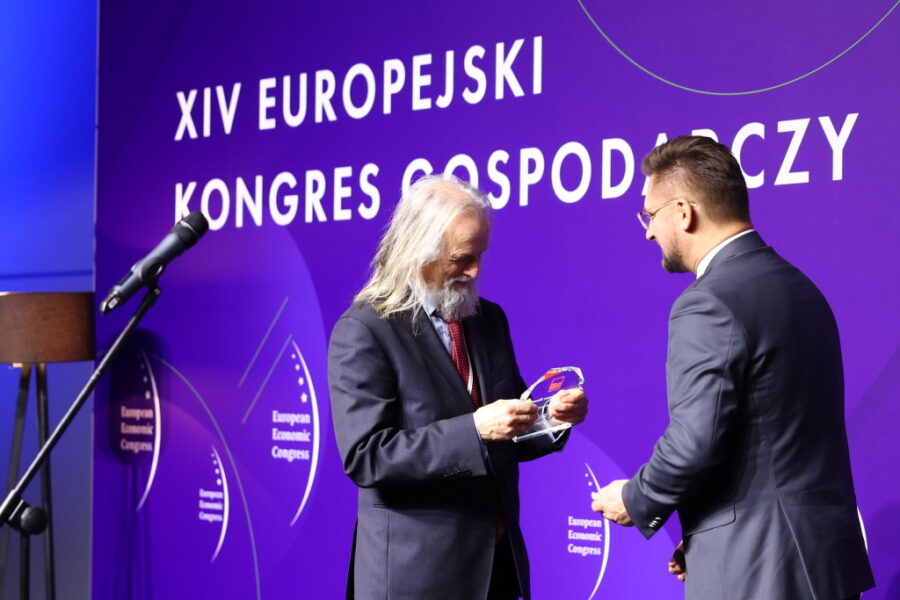 Prof. Tadeusz Sławek collects the prize from the Mayor of Katowice | Photo by Rafał Klimkiewicz