This site uses cookies
By using this website you agree to the use of cookies in accordance with the current browser settings.
Learn more Accept
Go to main content
COVID-19 security status
Level 0: no restrictions, basic health and safety at work rules
Coronavirus Statistics
home link Type information UŚ and ŚFN at Expo 2020 | Report

The Silesian Science Festival KATOWICE acted as the ambassador of our voivodeship during the Silesian Regional Week in the Polish Pavilion – the space representing our country during the World Exhibition Expo 2020 which took place in Dubai.

The delegation was attended by the Rector of the University of Silesia and the director general of ŚFN KATOWICE, Prof. Ryszard Koziołek, Vice-Rector for Domestic and International Cooperation Prof. Tomasz Pietrzykowski, who participated in the economic conference “Silesia – Land of Opportunity. Gateway to Europe”, and scientists from the Faculty of Science and Technology of the University of Silesia. Jerzy Jarosz, PhD, Assoc. Prof. from the Institute of Physics, Małgorzata Karolus, PhD, DSc and Izabela Matuła, MSc, from the Institute of Materials Engineering conducted a series of workshops for children. 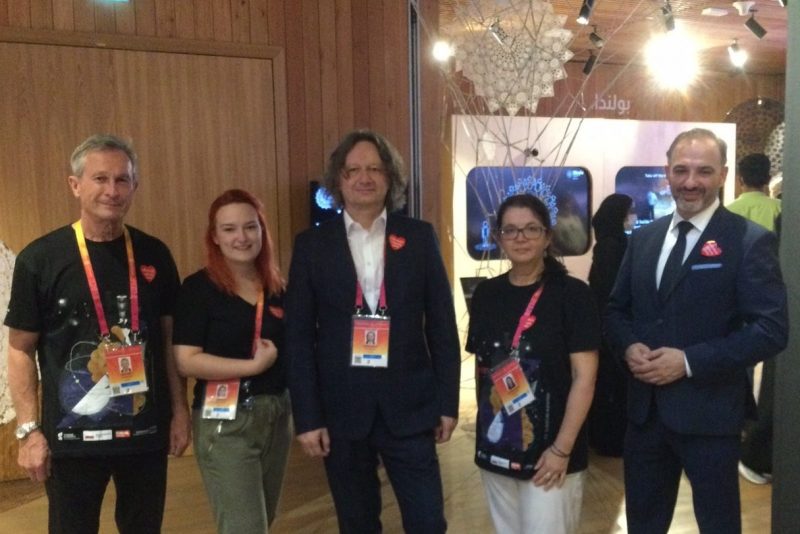 During Expo 2020, Prof. Jerzy Jarosz conducted construction classes entitled “Space Mice – Build and Launch Your Own Rocket”: its participants built various types of rockets, saucers and other flying objects (and then launched them using various launchers), and also created lovely Space Mice, i.e. made of paper mice-passengers of these vehicles. Prof. Małgorzata Karolus and Izabela Matuła, MSc, conducted the workshops “Renewable sources of electricity” and “Urbanisation and metropolisation of the region – building materials over the centuries” under the joint title “Become an engineer with the University of Silesia”. During the workshops, children built a selected device, vehicle or building – the more creative ones could design their object from the scratch, prepare the appropriate elements on their own and put together the model, while the less advanced and younger ones could use ready-made and previously prepared sets.

– The workshops were participated by children from, among others: Belgium, China, Netherlands, India, Ireland, Japan, Canada, Colombia, Oman, Pakistan, Portugal, Russia, Sri Lanka, Turkmenistan, Ukraine, USA, Italy and, of course, the United Arab Emirates, and some of them even came back a few times – says Prof. Małgorzata Karolus. – Many people were thankful for preparing such creative classes. We also heard that we are one of the few – if not the only one at that time – pavilion that addressed its offer to children of all ages. For us, however, the greatest compliment and kindest thanks were the happy faces of the children and their genuine joy after launching their own, self-made rocket into the sky, and the pride with which they presented a self-built house with a well and the entire farm. 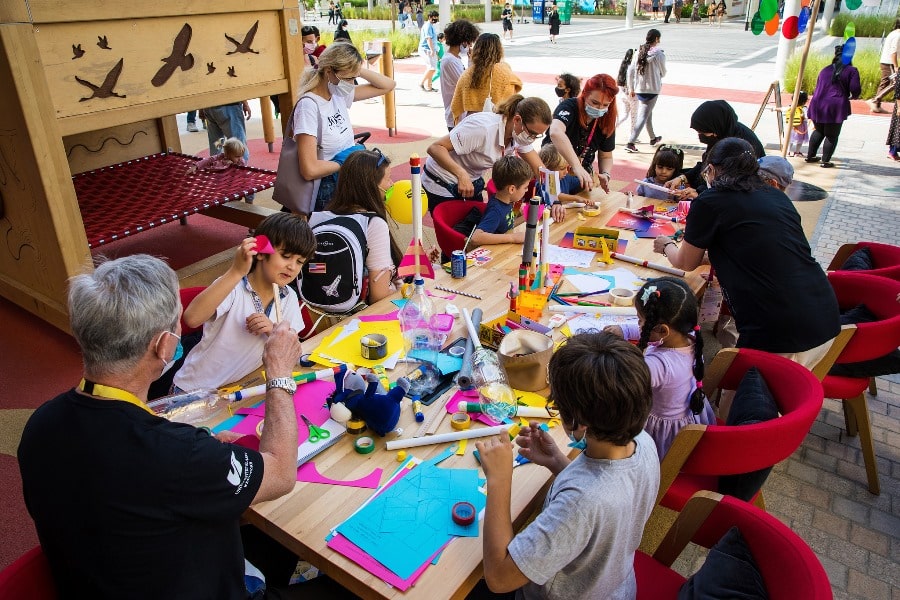 During the economic conference on 30 January, representatives of the business world from the region and the United Arab Emirates had the opportunity to meet and initiate economic relations. One of the speakers was the Rector of the University of Silesia, Prof. Ryszard Koziołek, who touched upon, inter alia, the issue of obtaining by Katowice the prestigious title of the European City of Science 2024 and the role of the Silesian Science Festival KATOWICE.

The 30th Final of the Great Orchestra of Christmas Charity was held on the same day as well.

– Poles working in the Polish Pavilion in Dubai promoted the work of the Orchestra as much as possible. “Due to the law in force in the emirate, we were not able to raise money, however, we distributed hearts and told people from outside our country about the idea of the Great Orchestra of Christmas Charity” says Prof. Małgorzata Karolus.

And what else attracted the attention of visitors to the Polish Pavilion during the Silesian Regional Week? Chopin Concerts (“One Syrian attended each of them!” says Prof. Małgorzata Karolus) performances by Teatr Gry i Ludzie, dance performances and workshops of the “Śląsk” ensemble, a fashion show, i.e. a collection of clothes handcrafted by Koniaków lace makers, delicious dishes served by the famous chef Remigiusz Rączka, as well as an exhibition showing the profiles of world-famous Poles (including, among others, an array of our best climbers, headed by Jerzy Kukuczka and Krzysztof Wielicki).

On 2 February, the Polish Pavilion was visited by Princess Sheikha Mozah bint Marwan bin Mohammed bin Hasher Al Maktoum. Her family is headed by Muhammad bin Rashid Al Maktum – the Emir of Dubai and the vice-president and prime minister of the United Arab Emirates. Sheikha Mozah is the first member of the Royal Family to fly as a qualified commercial pilot for Emirates Airlines. 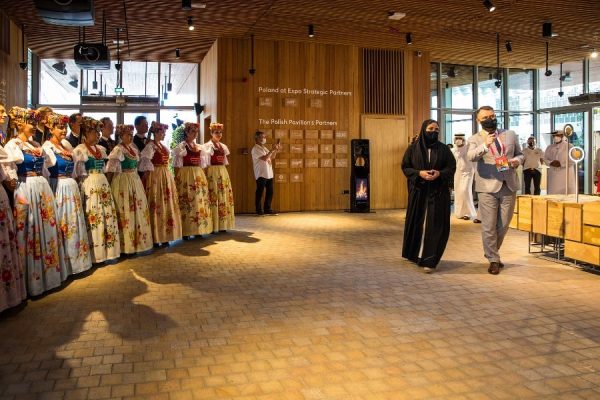 The Silesian Regional Week lasted from 27 January to 2 February 2022. 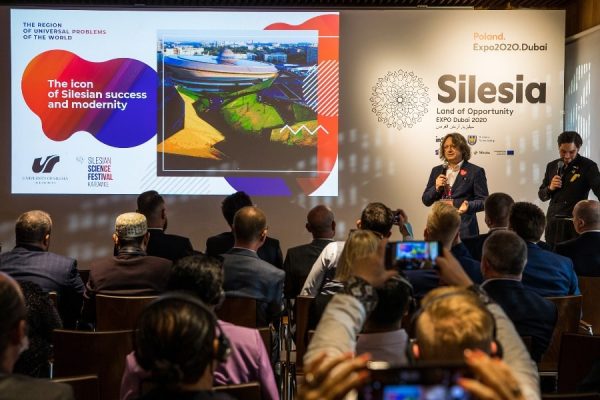