This site uses cookies
By using this website you agree to the use of cookies in accordance with the current browser settings.
Learn more Accept
Go to main content
COVID-19 security status
Level 0: no restrictions, basic health and safety at work rules
Coronavirus Statistics
home link Help for Ukraine Summary of the charity concert “City of Science for Ukraine”

Summary of the charity concert “City of Science for Ukraine”

Among the bands performing on stage was the Polish-Ukrainian band Dagadana and other music groups comprised of students and employees of the University of Silesia. The participants of the event could also enjoy science shows, philosophical counselling and journalism workshops, a screening of the film “Donbas” (2018) directed by Sergei Loznitsa, and a vernissage of the joint art exhibition by the University of Silesia and the Academy of Fine Arts in Katowice, which featured works by the winners of the “Studencka Grafika 2021” (Student Graphic 2021) competition.

As part of the Ukraine Station, participants were able to meet with experts and ask them questions with regard to the ongoing war in Ukraine. The scientists shared information on how to handle the current situation, how to provide aid to Ukrainians, and how to prepare for living together with the citizens of Ukraine.

The event programme included a speech by Bogumił Sobula, the Deputy Mayor of Katowice and the Rectors of universities in Katowice. The Ukrainian anthem was sung by Katarzyna Bakalczuk-Kłosowska, an opera singer of the Zhytomyr Regional Philharmony and the Regional Ukrainian Music and Drama Theater, and a doctoral student of the National Music Academy of Ukraine. Yevhenii Cheslavskyi Vladimirović, a 14-year-old musician born in Kyiv, also performed on the stage.

Under the framework of the event, a charity fundraiser was organised, during which participants could bid on the special items put up for auction by the universities and the city of Katowice. These included, among others, artworks by students and employees, and items of particular value.

The event concluded with a piano concert in the dark by a blind musician Kaja Kosowska.

Photos from the event are available at us.edu.pl/multimedia/miasto-nauki-ukrainie. 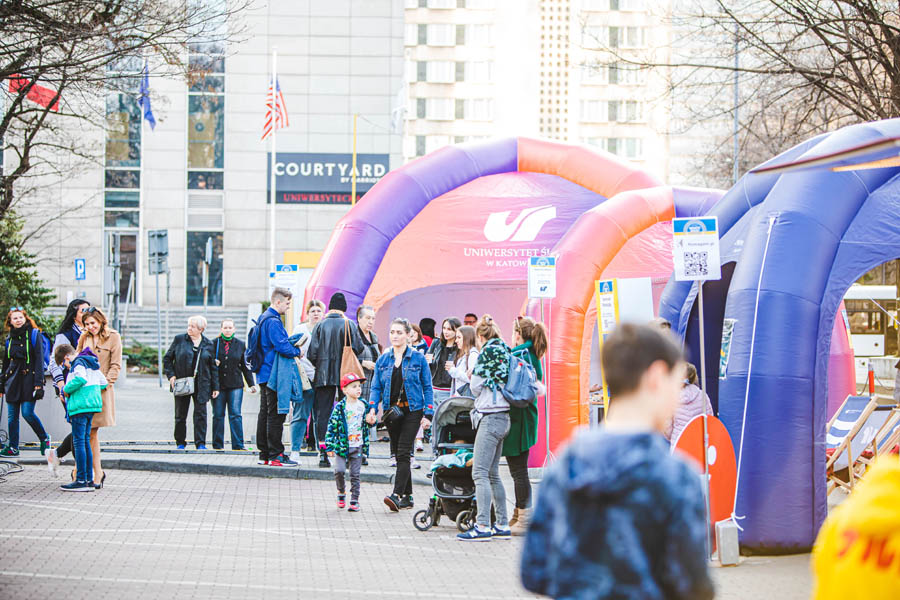