On 27-29 August 2021, the 3rd edition of the ABM Jędraszek Ultra Park Weekend games in Pabianice took place, which featured the 13th Polish Athletic Association 100km run. The silver medal was won by Tomasz Jędrzejko, PhD, DSc, Associate Professor from the Faculty of Arts and Educational Science of the University of Silesia in Katowice. He crossed the finishing line after 7 hours, 51 minutes, and 9 seconds beating his own personal record by 54 seconds.

“When I was standing at the starting line, I did not think about a medal. I was focused on finishing under 8 hours,” says the scientist. “I was running with my own regular pace, according to the strategy I took. Throughout half of the distance, I was 9th. However, I felt well, so I sped up, reducing the distance to my rivals, and 3 kilometres before the finishing line, I knew I had run for a medal. Being the runner-up in Polish Championship is my biggest sporting success and the inspiration to take up other challenges. 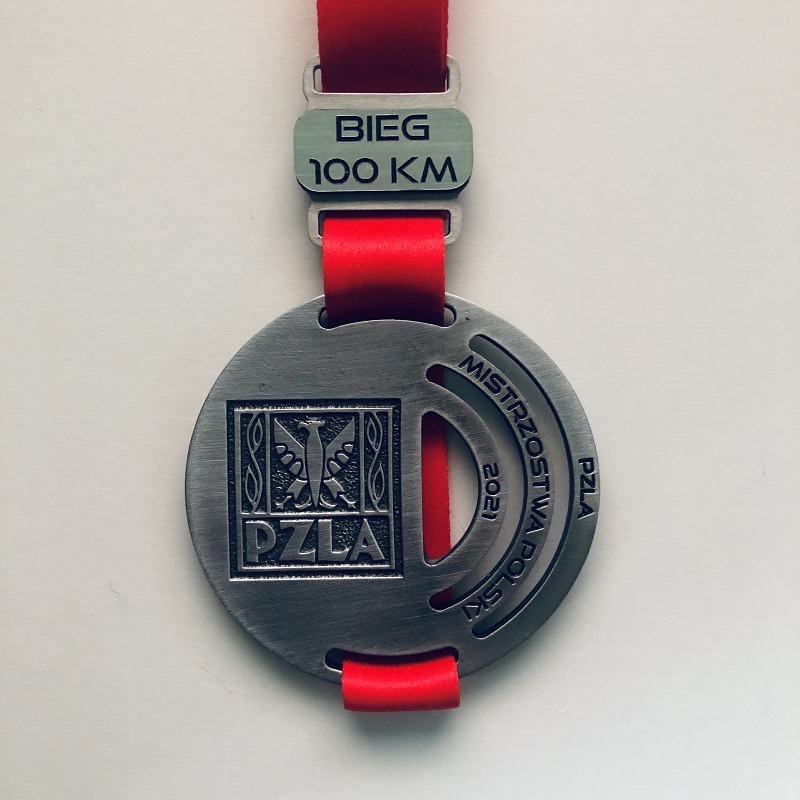 The medal in 100km run of the 13th Polish Athletic Association | Source: the organiser of the event