This site uses cookies
By using this website you agree to the use of cookies in accordance with the current browser settings.
Learn more Accept
Go to main content
COVID-19 security status
Level 3: crisis situation
The University works remotely, except for the units necessary to maintain continuity Mobility suspended Ban on accommodation Remote contact
home link Type information Student and Doctoral Student of the Year 2020

Student and Doctoral Student of the Year 2020

Out of the winners of the 12th edition of the Rector’s Awards competitione, i.e. 18 students and 10 doctoral students, the academic community selected persons who were awarded the title of Student and Doctoral Student of the Year. Voting took place via the USOS system, in which each person could cast one vote.

He received the Rector’s Award for his communication of science as a second-year master’s student of philosophy. He is the founder of a Facebook page “Filozofia tak bardzo”, a profile on Instagram and a channel on Discord. As part of this initiative, he is the author of memes and organiser of online meetings. Since April 2020, his activities have moved to the virtual world and by May 2020 he had conducted 17 online meetings on Discord with middle school, high school and university students of various philosophical backgrounds.

Since 2016, he has been active in the Student Philosophy Research Group of the University of Silesia (Koło Naukowe Filozofów UŚ), until 2019 as its President. Member, lecturer and photographer at the Discussion Club of the University of Silesia (Klub Dyskusyjny UŚ). He led a philosophy workshop for high school students (2018), co-organised the Eduholism conference (2019) and the Nicolai Hartmann International Conference (2019). He also took steps to integrate students and faculty, co-organising the Philosophy Symposium twice (2017, 2019) and the Festival of Academic Activity! (2018). He is also a photographer: his works were shown, among others, at the Art Gallery “Inny Śląsk” in Tarnowskie Góry (2019). He has also immortalised many events, both those he co-organised and those he supported on behalf of other organisations, such as the “Metropolia Młodych” (Youth Metropolis) and the Egida Student Radio. Between 2017 and 2020 he worked as an assistant to a person with a disability. 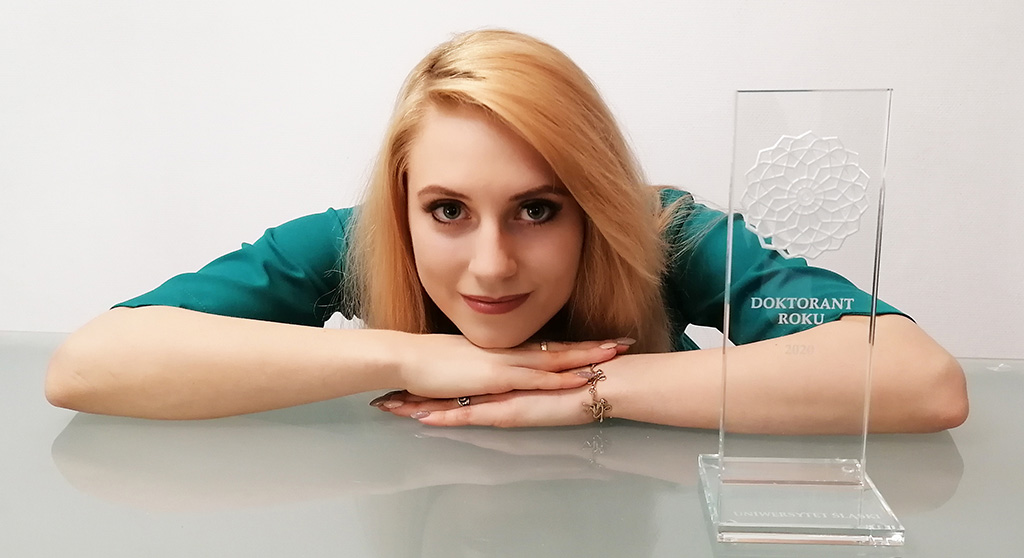 Marta Frąckowiak from the Faculty of Arts and Educational Science

Received the Rector’s Award for cultural activities as a third-year doctoral student of art. She was the originator of the miniature print competition “Fables of Robots”, the initiative accompanying the International Print Triennial in Cieszyn (2018), in which almost 600 works were submitted. Her pieces have been presented in both solo and international exhibitions, including the International Art Festival in Korea (2019) and Arte Grafica Italiana (2019).

She co-organised the “Złota Rybka” Festival in Gliwice (2018), conducted numerous workshops, including one at the Castle in Cieszyn as part of the Great Orchestra of Christmas Charity (2019), during the event “Noc Muzeów” (Night of Museums) in Skoczów (2018) and workshops for young people promoting studying in Cieszyn. She has also completed two scientific projects of her own.