The University of Silesia is a partner university of a Hungarian company memoQ, one of the largest providers of translation software in the world. As a result, 3rd and 5th year students of English Studies: Translation Programme will be able to use this sophisticated tool, which is an important component of a modern translator’s toolbox, free of charge.

The beginnings of cooperation

The cooperation between the University of Silesia and memoQ has been going on for over a decade. “It was the Institute of Romance Languages and Translation (currently Romance Studies) that joined the academic program back then. They’ve had regular classes in CAT tools since the academic year 2010/2011,” says Andrzej Rabsztyn, PhD, D.Litt., Associate Professor, Degree Programme Director at the Romance Studies.

Recently, the English translation teams operating at the University of Silesia also became interested in memoQ. In February 2020, International Relations Department purchased a licence to use the memoQ software. Currently, memoQ is used for Polish-English and English-Polish translations carried out by the Centre for Translation Services and the Media Communication Centre.

“The idea to use memoQ software stemmed from the need to standardise and systematise translations carried out across the university,” says Assoc. Prof. Adam Wojtaszek, Professor of the University of Silesia, and Head of the Centre for Translation Services. “For nearly two years now, the Centre for Translation Services that I manage has been translating all kinds of texts, drawing on the experience of employees of the University of Silesia, mainly English language specialists experienced in various types of translation. These include grant documents, internal documentation and forms used at the University of Silesia, contracts and agreements, scientific and journalistic articles, as well as content published in the English version of the new University websites. As a result, a glossary of English terminology has been created and officially adopted by the University, which ensures uniformity and consistency of translation. The software helps us both to translate texts and to expand the database of translation memories and parallel text corpora using previously translated documents.”

The memoQ software is a CAT (computer-aided translation) tool. It has many features that make the life of a translator a little easier, from creating and editing dictionaries, through the development of translation memories, to extensive features of network cooperation.

“The use of CAT tools is particularly significant in the case of texts that need to be updated or texts that are cyclical,” adds Tomasz Grząślewicz, MA, from the Media Communication Centre. “After uploading a file it often turns out that the programme “remembers” anywhere from a few percent to sometimes more than half of the content.”

“At memoQ we are aware that stepping into the world of localisation can be intimidating,” says Dominika Olszewska, Head of Hub, CEE&Nordics at memoQ, “so we want students of translation programmes to enter the job market equipped with not only a substantive knowledge of translation, but also the tools that support this process.” 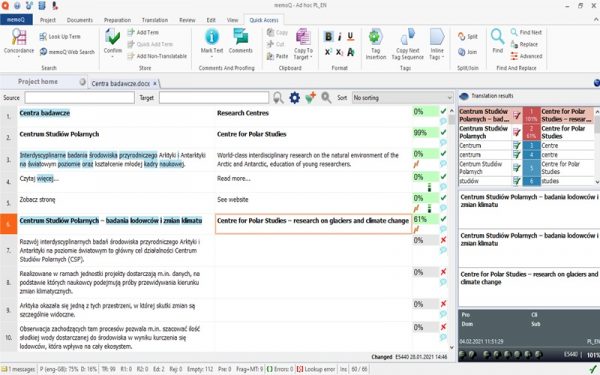 Currently, the Centre for Translation Services is running a pilot internship programme, as part of which several 3rd and 5th year students of English Studies specialising in translation are offered free annual licences for the memoQ software. Thanks to our fruitful cooperation, the internship programme is expected to involve many more people from October onwards.

“The pilot internship programme was a success, it has allowed us to create a substantial corpus of parallel texts, which were previously translated without the use of any supporting software, as well as a rich translation memory, which will be used in future translations,” explains Assoc. Prof. Adam Wojtaszek, Professor of the University of Silesia. “Students participating in the internship had the opportunity to get acquainted with memoQ and learn to use its many features. Starting next academic year, we intend to provide free one-year licences to all students of the final years of English Studies’ translation programmes, introducing the basics of this CAT tool into the curriculum, and allow some of them to complete their mandatory internships at the Centre for Translation Services.” 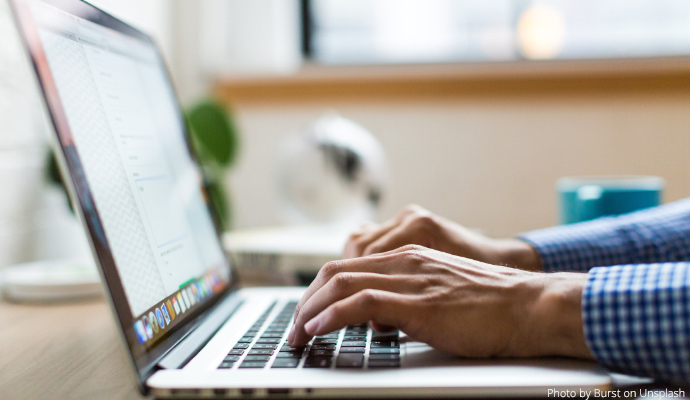