This site uses cookies
By using this website you agree to the use of cookies in accordance with the current browser settings.
Learn more Accept
Go to main content
COVID-19 security status
Level 0: no restrictions, basic health and safety at work rules
Coronavirus Statistics
home link cooperation Cooperation with business offer addressed to business Industry Cooperation Office’s projects Science Closer to You – promotion of the effects of scientific and research activity of the University of Silesia 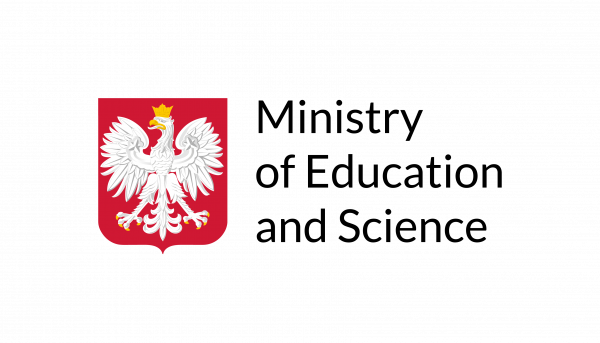 Implementation under the programme of the Ministry of Education and Science – „Social responsibility of science”.

Value of co-financing from the Ministry of Education and Science: PLN 410,000.

The goal of the project is to promote the scientific achievements, work of scientists, as well as research and development work conducted at the University.

The project assumes the implementation of 3 main tasks

The planned activities include running a promotional campaign about scientific achievements, as well as scientific research and development work both in multimedia and traditional forms (website, social network sites, cooperating institutions, partner cities, catalogues/leaflets), and by designing an academic board game intended to familiarise users with the scientists’ work and to promote science.

The activity is intended to create a space for the exchange of knowledge and experiences between the scientific circle and representatives of business environment, local, regional and metropolitan authorities, as well as self-government employees

The task is intended to promote knowledge about the results of research work created at the University of Silesia and change the image of the University as a teaching-only unit, as well as, ultimately, also to support the process of knowledge transfer to the social and economic environment and build knowledge-based economy. Participation in international events, including the presentation of possibilities, technologies, conducted research study programmes, will significantly contribute to promoting information about the role and importance of scientific research in economic and social development of the region and the country. Participation of the University of Silesia in the most important events promoting the ideas of science for business and business for science translates to supporting and communicating the processes of innovativeness and commercialisation of the results of scientific research, as well as promoting good practices in the field of innovations.

We are pleased to announce that the University of Silesia in Katowice will be a co-organizer of the international conference InterNanoPoland 2021.

The fifth edition of Business-to-Science Science-to-Business conference InterNanoPoland is an international forum for scientists, entrepreneurs, business support organizations and students working in the nanotechnology and advanced materials sector.

INP2021 will present the newest scientific and industrial achievements in nanotechnology and will enable dialog between the world of science and business.

The conference is organized by Foundation of Nanoscience and Nanotechnology Support NANONET & Silesian Nano Cluster in cooperation with the University of Silesia in Katowice.

The conference will cover the most prominent trends and the consecutive challenges and opportunities grouped as followed:
● Functional nanomaterials
● Micro and Nanoscopy
● Graphene and two-dimensional materials
● Modern composite materials
● Nano for health and environment protection
● Normalization in nanofabrication
● Poster session: Research and technologies aimed at the development of nanotechnological industry

Participants need to prepare for loads of virtual networking and discussions including those initiated by worldwide known experts like Denis Koltsov, Zina Cinker or Andreas Falk. In addition, InterNanoPoland 2021 will host the Business Science Forum: Nano for health and environmental protection organized by the Centre of Polymer and Carbon Materials (PAS).

The aim of the Foundation of Nanoscience and Nanotechnology Support NANONET is to reveal the nano-scale world to the Polish society – to promote modern enterprise based on nanotechnology solutions and to popularise the results of scientific research conducted in this dynamically developing branch of science.

Partners that supports to fulfill this mission during the InterNanoPoland conference are:
● The City of Katowice
● Polish Cluster of Composite Technologies
● Centre of Polymer and Carbon Materials (PAS)
● University of Silesia
● Silesian University of Technology
● SOLARIS National Synchrotron Radiation Centre

The co-organization of the conference by the University of Silesia is co-financed from the program “Social Responsibility of Science” of the Minister of Education and Science.

We cordially invite you to participate in the event!