This site uses cookies
By using this website you agree to the use of cookies in accordance with the current browser settings.
Learn more Accept
Go to main content
COVID-19 security status
Level 0: no restrictions, basic health and safety at work rules
Coronavirus Statistics
home link Type articles Patent | Cycle of inventions that will support devices for extracorporeal blood

Patent | Cycle of inventions that will support devices for extracorporeal blood 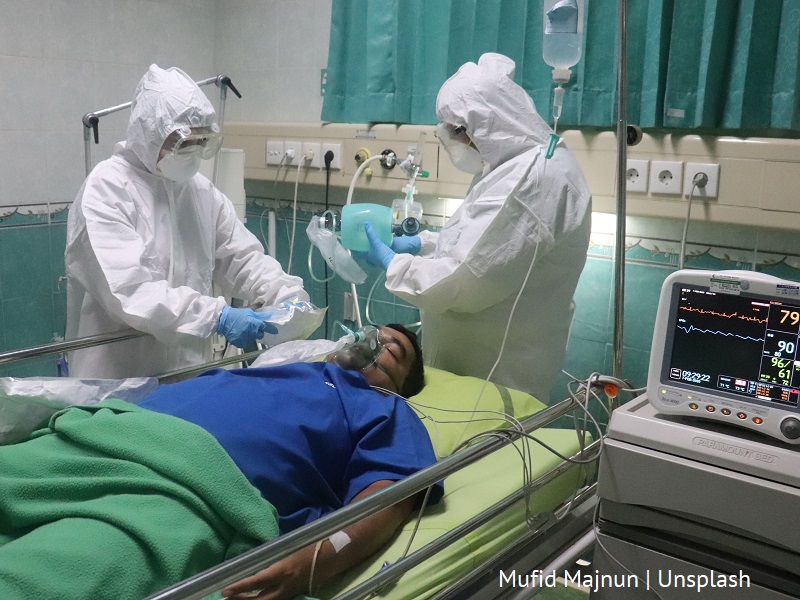 CYCLE OF INVENTIONS THAT WILL SUPPORT DEVICES FOR EXTRACORPOREAL BLOOD OXYGENATION

This article is part of a series presenting the results of research by scientists associated with our University, who are co-authors of over 600 inventions, utility and industrial models, and trademarks.

In a life-threatening situation, when the patient’s lungs stop working, the ECMO (ExtraCorporeal Membrane Oxygenation) technique can be used. To put it simply, the technique makes it possible to artificially supply oxygen to the system and remove carbon dioxide when the human body is unable to perform this action on its own. In such cases, a device for extracorporeal blood oxygenation must be used. It is a system consisting of special pumps and an oxygenator.

However, it is a highly invasive and high-risk technique, which is why it is used as a last resort, when other methods of saving the life of a patient with respiratory or circulatory failure fail. It can also be used in complex cardiac surgeries. Currently, the ECMO technique is also used to save the lives of patients suffering from severe COVID-19 caused by the SARS-CoV-2 virus.

One of the problems with this solution was the membranes used in oxygenators, most often made of polypropylene or polyurethane, which often led to an inflammatory reaction. As a result of this process, blood clots would appear on the surface of the material, clogging the pores of the membrane, which in turn required increasing the oxygen concentration to maintain an appropriate level of blood saturation. The effect of this was the increasing oxidative stress causing even greater blood clotting, as a result of which the increasingly clogged membrane would eventually cease to function.

Scientists from the University of Silesia in Katowice, the Medical University of Silesia in Katowice and the Jerzy Kukuczka Academy of Physical Education in Katowice, working in the TWAIN team, proposed a number of interesting solutions consisting in modifying the structure of the membrane used in oxygenators. This group of inventions was inspired by materials that are already commonly used in sportswear and outdoor equipment. The result of the collaboration are organic membranes made of various materials with a porous structure that allow only particles of a certain size to pass through and which are designed for medical applications.

“Our solutions also have anti-inflammatory and anticoagulant properties. Already at the level of membrane production, we can “press” specific pharmaceuticals into its pores. So, if blood clots occur clogging the pores of the membrane during the blood oxygenation process, the anti-inflammatory and anticoagulant chemical will be released. First of all, the clot will gradually dissolve. Second of all, the pores originally filled with the drug will be unblocked and may allow gases such as oxygen and carbon dioxide to pass through. Thanks to this, the oxygenator works longer, which directly increases the patient’s chances of survival”, explains Andrzej Swinarew, PhD, DSc, Associate Professor, leader of the TWAIN team.

The cycle of inventions covered by patent protection consists of various materials and the method of their preparation, from which oxygenator membranes can be made. Various pharmaceuticals with anti-inflammatory and anticoagulant properties are also accounted for in the various inventions. The materials were designed with medical applications in mind.

Currently, these solutions are in the testing phase. In September 2022, they were presented as part of the prestigious Extracorporeal Life Support Organization (ELSO) conference “Leading ECMO Globally”, organised in Boston, during which representatives of international healthcare institutions, scientists and industry partners from around the world were brought together.

Scientists have developed a special membrane that will improve the working of the so-called heart-lung machine, used in the ECMO technique. It is used to save the lives of patients suffering from severe COVID-19 caused by the SARS-CoV-2 virus. It is also used in heart surgeries | Photo by Unsplash