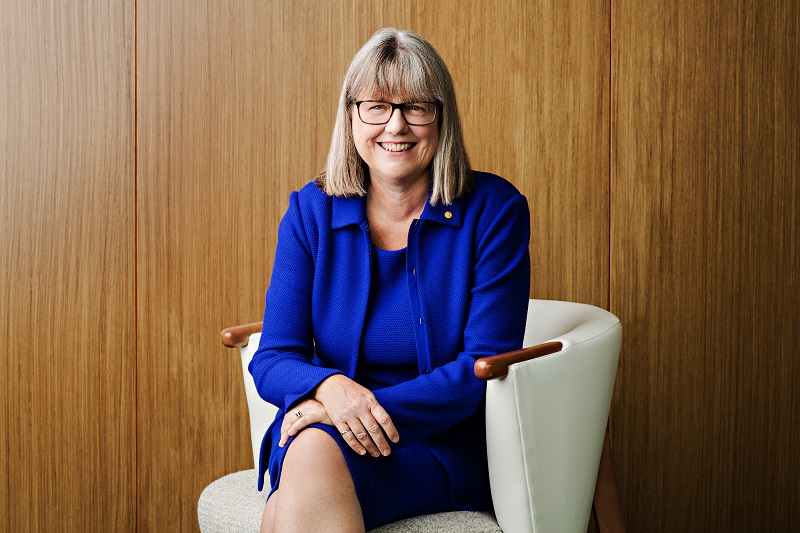 UPDATE: Registration for the lecture on 24 October is closed. However, you can still register for the discussion panel on 26 October.

Prof. Donna Strickland, a Nobel Prize winner, is visiting the University of Silesia in October. The physicist is going to deliver guest lectures and meet with the academic community and the region residents. Between 24-27 October, the co-discoverer of a method of generating high-intensity laser pulses will talk about her research work and the role of women in science.

Right after she graduated in 1981, D. Strickland joined the laboratory of French physicist Gérard Mourou. Morou was experimenting with higher intensity laser pulses at the time. The researcher racked his brain over the issue of how to increase laser intensity without ripping it apart.

After a few years of enormous efforts, in 1985, the researchers developed together the technology for generating ultra-short high-intensity laser pulses. For discovering the technique of chirped pulse amplification (CPA), they won the Nobel Prize in Physics in 2018.

‘It is the one time in my life that I worked very, very hard!’, claims the researcher about the effort that led her to receiving the most precious award in the world of science.

Currently, the achievements of the Canadian and the French are used in various fields, including corrective eye surgery, industrial machining and medical imaging.

The third woman to have won the Noble Prize in Physics

When she graduated from McMaster University, she was one of three women in a class of 25. Back then, not many women engaged in exact sciences, although there were few already blazing that trail. The early career of Vera Rubin in the 1950s had also a rocky start. Although the American astronomer contributed to the discovery of dark matter, she never received the Nobel Prize.

On the other hand, Maria Göppert-Mayer, a German scientist born in Katowice, was conducting her research work in the USA; she took part in the Manhattan project and was noticed by the Nobel Committee that awarded her ‘for the discoveries concerning nuclear shell structure’ in 1963. This long drought for female physicists ended in 2018 when Donna Strickland became the third woman ever to receive the Nobel Prize in Physics.

‘I don’t see myself as a woman in science. I see myself as a scientist,’ says Prof. Strickland. At the same time, she points out to the need to support girls, young students, PhD students and researchers. ‘We need to celebrate women physicists because they are out there… I’m honoured to be one of those women.’

The Nobel Prize laureate visits the University of Silesia

Prof. Donna Strickland, associated with the University of Waterloo in Canada since 1997, will be a guest of the University of Silesia on 24–27 October 2022. During her stay, she is going to deliver several lectures and meet with the academic community and the region’s residents. It will be an opportunity to listen and talk to a person who pushed her discipline to a brand new level of development.

Her visit is part of the activities undertaken within the European City of Science 2024.

On Monday, Prof. D. Strickland takes part in a meeting with the University of Silesia authorities and the media. At 12 noon, she delivers a Nobel lecture in the Andrzej Pawlikowski Lecture Hall at the USil Faculty of Technology. The lecture, addressed to students of the USil Faculty of Science and Technology and secondary school students, will focus on the discovery for which the researcher was awarded the Nobel Prize in Physics. The event will be broadcast online and translated into Polish.

THERE ARE NO FREE SPACES FOR THE LECTURE

On Tuesday at 10 a.m., Prof. Strickland delivers a lecture Investigation of Multi‐frequency Raman Generated Spectra for employees and PhD students of the USil Faculty of Science and Technology at the campus in Chorzów, in the P/0/05 classroom. The event will be broadcast live for the invited scientists and external centres. The researcher is also going to visit the Faculty’s labs.

On Wednesday at 4 p.m., the discussion panel will be held in the building of the Scientific Information Centre and Academic Library (CINiBA). The event is addressed to the general audience. The moderator of the discussion will be Seweryn Kowalski, PhD, DSc, Assoc. Prof. – Deputy Dean for Research and International Cooperation of the USil Faculty of Science and Technology in Katowice.

You can register for the event via the registration form.

The Nobel laureate will also take part in the meeting between the authorities and the academic community working within Canadian & American Studies. The meeting takes place at 11 a.m. at the Faculty of Humanities in Sosnowiec, where Canadian and American Studies studies are being conducted.

All quotations from Prof. Donna Strickland are taken from the Nobel Prize website.

Prof. Donna Strickland’s photograph is taken from the archives of the University of Waterloo in Canada.