This site uses cookies
By using this website you agree to the use of cookies in accordance with the current browser settings.
Learn more Accept
Go to main content
COVID-19 security status
Level 0: no restrictions, basic health and safety at work rules
Coronavirus Statistics
home link L-events Doctor who saved poisoned children | Meeting with Jolanta Wadowska-Król

The meeting with Jolanta Wadowska-Król, a pediatrician and honorary citizen of Katowice, who during the 1970s launched research into exposure to lead among children in Szopienice, Burowiec and Dąbrówka Mała in Katowice will take place on 27 May 2021 at 10.00 a.m. Authorities recognised the issue of environmental contamination thanks to the research conducted by Jolanta Wadowska-Król. Consequently, the houses closest to the smelter’s chimney were demolished. These actions greatly improved local people’s health and had a positive impact on the state of the environment.

Other guests include Prof. Ryszard Kaczmarek from the Faculty of Humanities of the University of Silesia in Katowice, who will discuss the issue of industrialisation of this particular area, and Jerzy Cabała, PhD, DSc, Associate Professor from the Faculty of Natural Sciences of the University of Silesia, who will discuss the issue of soil contamination in Szopienice. The event will be hosted by Anna Malinowska.

The meeting will open with the premiere of the educational film “Tajemnica trucia szopienickich dzieci” (The mystery of poisoned children in Szopienice).

The official partner of the meeting is the city of Katowice.

By the decision of the University of Silesia Senate, on 24 June 2021 Jolanta Wadowska-Król will be awarded the honorary doctorate degree. 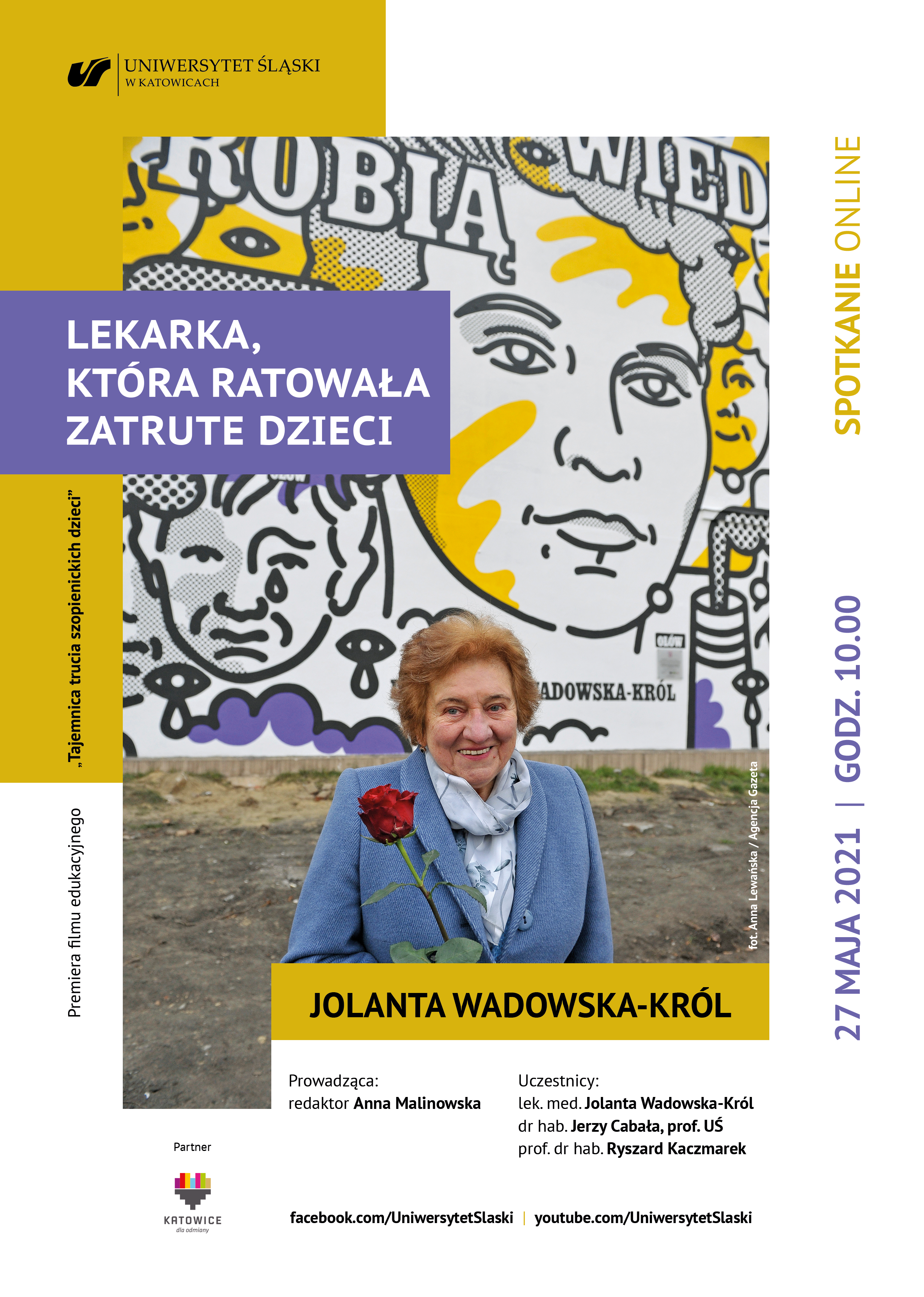 A poster “Jolanta Wadowska-Król, the doctor who saved poisoned children”