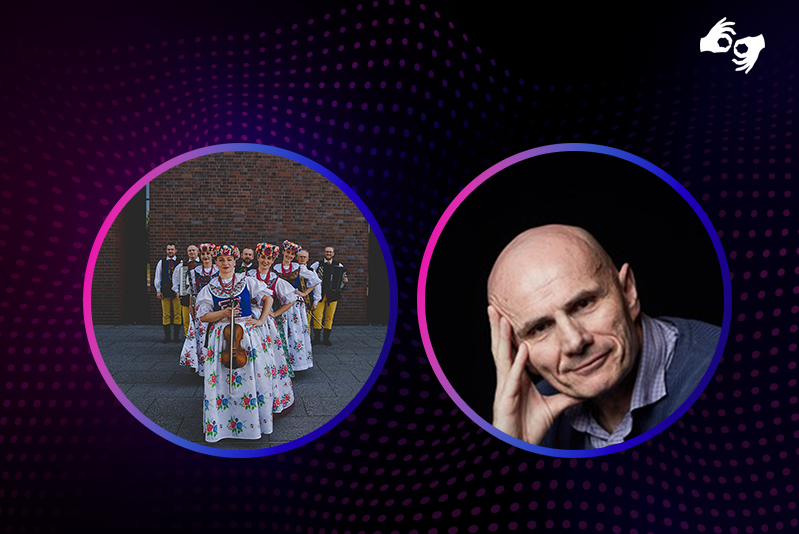 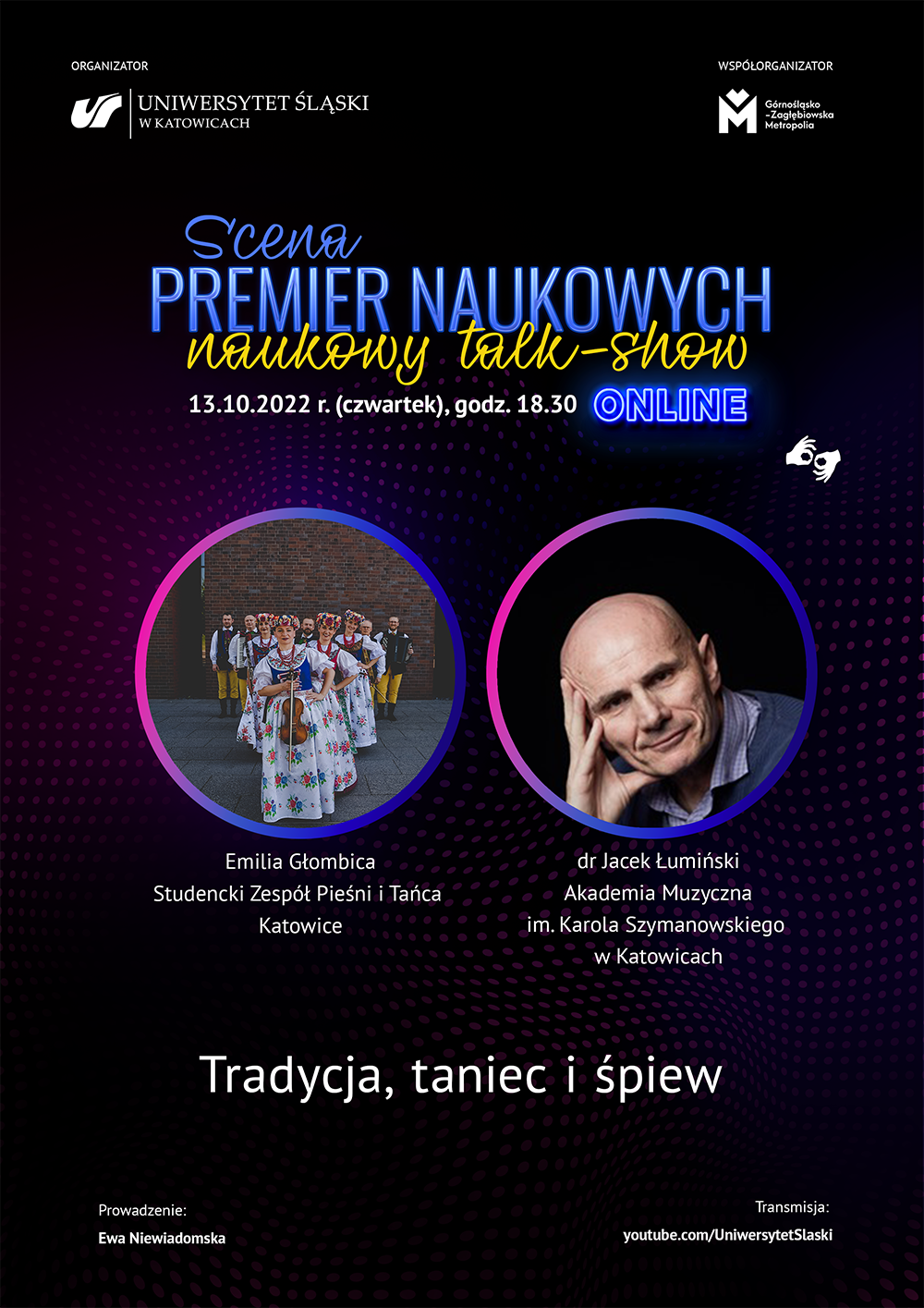 In their case, tradition does not only mean cultivating folk dresses, songs, and choreography; it is also over 50 years of performing on stages in the region, country, and the world. The Student Song and Dance Ensemble “Katowice” does not rest on itslaurels and each year writes new chapters in its history. During the next edition of the Scientific Premiere Stage, we will talk with the Ensemble about their past, present, and future. The event starts on Thursday 13 October at 6.30 p.m.

The history of the Student Song and Dance Ensemble “Katowice” began in 1969. These 53 years of activity have been a long parade bustling with movement, sounds, and energy. In the jubilee releases of the Ensemble, we can find compositions of songs and choreography, some of which have been in their repertoire for many decades, but not only. We can discover vibrant stories of the former and current members of the Ensemble, hundreds of anecdotes from over 40 countries in the world, from Algeria to Peru, ending with the Soviet Union. In the end, “folklore has no boundaries,” as said by the Ensemble’s members.

From Katowice to the entire world

What is the deal with the boundaries? The Ensemble travels around the world and is visited by foreign artists, especially during the International Student Folk Festival organised by the Ensemble. Is meeting with performers from various continents an opportunity to visit the world or inspire each other? Is Polish and Silesia folklore culture interesting for the audience in Peru? Can the performance of artists from Kenya inspire our Ensemble?

The pandemic period was a great challenge for a group of people who are in their element when on stage. The possibilities for international trips became restricted, and many events took place in a limited form.

During these extraordinary circumstances, the Ensemble has persevered in searching for alternative forms of contact with the audience. They managed to perform a traditional Silesian folk dance trojak remotely and a quarantine polonaise for a traditional ball for final grade high school students.

Fortunately, there were as well better days and months, when concerts and rehearsals could be organised. In the last months, the Student Song and Dance Ensemble “Katowice” took part in Jesienne Spotkania z Folklorem (Autumn Meetings with Folklore), the 5th Silesian Science Festival KATOWICE, World Urban Forum WUF 11, and several weeks ago in celebrating the 760 anniversary of Czeladź city. In November 2021, the Ensemble added to their already rich list of achievements another award: joint 1st place in the category of student ensembles in the 9th Polish National Festival of Folk Ensembles “O Kujawski Wianek.”

All eyes and ears on the Ensemble!

The 25th edition of the Scientific Premiere Stage starts at 6.30 p.m.; we will talk with the Ensemble about their past, present, and future. The guests of Ewa Niewiadomska, a journalist for the Polish Radio Katowice will be: Emilia Głombica – a vocal instructor of the Student Song and Dance Ensemble “Katowice” and Jacek Łuminski, PhD – the Head of the Dance Division at Karol Szymanowski Academy of Music in Katowice.

Be with us – this time folk style!