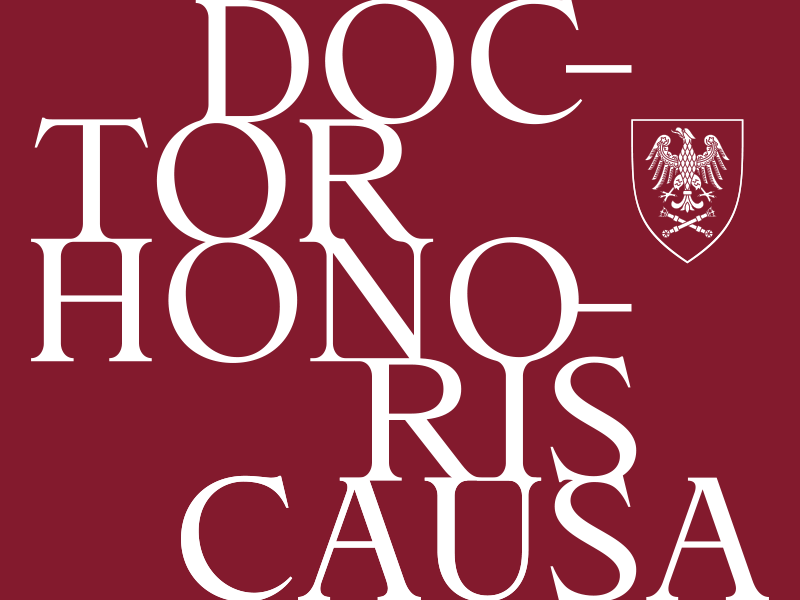 The ceremony of conferring the honorary doctorate degree to Prof. Michael C. Mackey takes place on 29 November 2022 in Kazimierz Lepszy Lecture Hall at the Rectorate (ul. Bankowa 12) at 3 p.m. at the University of Silesia in Katowice.

The supervisor in the process of awarding the honorary doctorate is Prof. Ryszard Rudnicki, and the reviewers are Prof. Tomasz Szarek, Prof. Aleksander Weron and Prof. Michael C. Reed.

Michael C. Mackey is a professor emeritus of physiology and the Director of the Centre for Applied Mathematics in Bioscience and Medicine at McGill University in Montréal, an honorary member of the Royal Society of Canada, the American Physical Society, the Society for Industrial and Applied Mathematics and the Society for Mathematical Biology, holder of the honorary doctorate degree at l’Université Claude Bernard Lyon 1, one of the world’s most outstanding biomathematicians, he has contributed greatly to the development of interdisciplinary research combining maths, physics, biology and medicine.

The title was conferred with the resolution of 29 October 2019 of the Senate of the University of Silesia.

For the first time, the ceremony of conferring the honorary doctorate degree takes place in a hybrid form. The official ceremony takes place during the meeting of the University of Silesia Senate, and Prof. Mackey will be present online.

The event will be broadcast via the YouTube Channel in English. 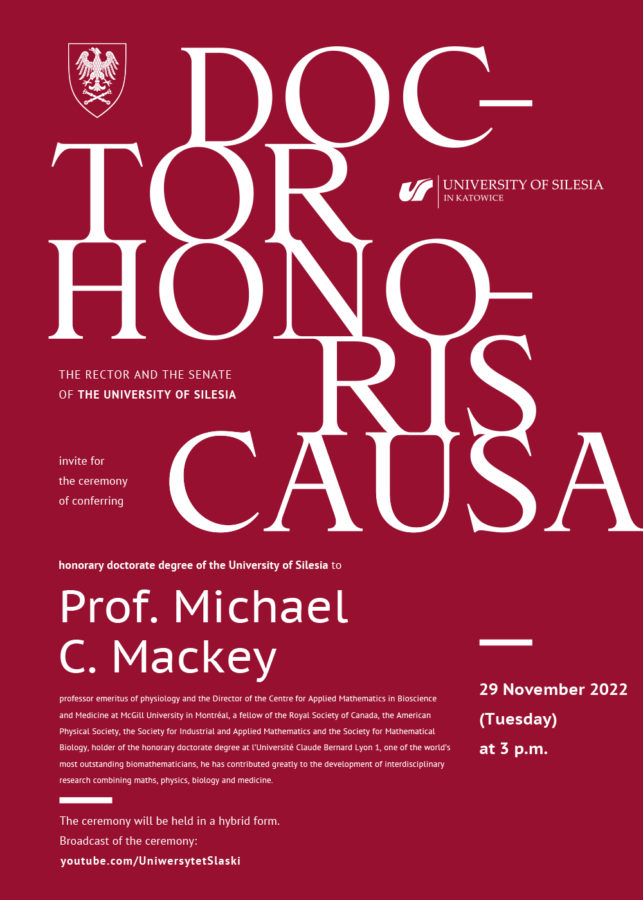