This site uses cookies
By using this website you agree to the use of cookies in accordance with the current browser settings.
Learn more Accept
Go to main content
COVID-19 security status
Level 0: no restrictions, basic health and safety at work rules
Coronavirus Statistics
home link Type articles Where is my morality?

Where is my morality? 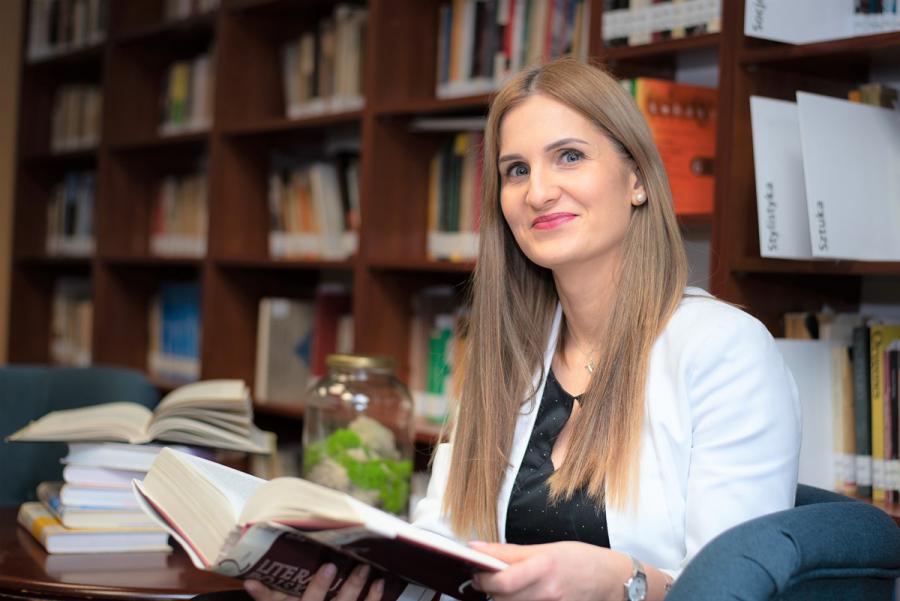 Dr Mariola Paruzel-Czachura from the Faculty of Pedagogy and Psychology of the University of Silesia conducts research on human morality.

We live in a society of intelligent and more and more educated people who simultaneously commit many unethical behaviors. Perhaps this is the effect of an education system based on the transfer of knowledge and the development of cognitive processes. It seems that the second, equally, or even more important issue, which is morality, has been forgotten. ‘We know how to make people absorb knowledge faster, and we have forgotten about the importance of learning about those mechanisms that are responsible for their moral behavior’, says dr Mariola Paruzel-Czachura from the Department of General Psychology of the University of Silesia who specilises in moral psychology and Gestalt psychology.

During one of the conferences, a world-famous psychologist professor Robert Sternberg mentioned that for many years scientists have been trying to get to know and describe human cognitive processes as accurately as possible in order to use their potential even more effectively. The main goal seemed to be continuous learning, deepening knowledge and developing one’s intelligence as a determinant of success. Based on years of research and experience, he finally came to the conclusion that the second, maybe even more important issue, which is human morality, has been forgotten.

One of the listeners of the lecture was dr Mariola Paruzel-Czachura. Having learned the arguments of prof. Robert Sternberg, she convinced herself that she had made the right decision, choosing morality as the main subject of her scientific interests.

‘I took part in a meeting during which prof. Robert Sternberg, an authority in the field of cognitive psychology and the author of one of the famous theories of intelligence, spoke simply of too much importance attributed to the study of cognitive processes.’, admits the author of research on human morality. It turns out that education systems based on strengthening cognitive skills reproduce societies consisting of people who are intelligent and more and more educated, but simultaneously committing many unethical behaviors.

Dr Mariola Paruzel-Czachuraexplains that the education process, also in our country, is based on the belief that the most important thing is to develop intelligence and deepen knowledge.

‘Children are in schools primarily to learn – memorise the next facts and practice logical thinking. I think each of us knows what I’m talking about. However, the imbalance between human morality and human intelligence leads to a paradox. The student does not understand, therefore, why he or she shouldn’t cheat off from a colleague’s test. After all, this behaviour means that he or she is clever and will achieve a more important goal from the point of view of education, that he or she will pass and receive a better grade, a higher average, maybe a scholarship.’, says a psychologist from the University of Silesia, ‘This way of thinking then translates into other spheres of life. Husband or wife cheats on the spouse, entrepreneurs, neighbours, officials, employers and politicians behave unethically. We know how to make people absorb knowledge faster, and we forget about the importance of learning about those mechanisms that are responsible for morality.’, she emphasises.

Studying morality, a graduate in philosophy and psychology combines both scientific views. Philosophers have been asking themselves for centuries the questions about the meaning, significance and consequences of human activities. In addition to legal norms, large thought systems were created and then studied, which resulted in various ethical principles. In turn, psychologists are wondering what is happening in a person undertaking specific behaviours: what beliefs arise and what emotions and reflections they evoke.

To explore this topic, the author of the study begins by pointing out the differences between the concepts of ethics and morality. She explains that moral behaviour is one that can be evaluated in terms of good and evil. Ethics, on the other hand, is a set of principles – a conceptual system, including a religious one, on the basis of which moral prohibitions and imperatives are formulated. In this sense, killing a human is a moral behaviour, and the sentence “you should not kill” is a moral prohibition justified by the ethical principles that are the foundation of particular great conceptual systems, including religious ones, such as Christianity or humanism.

‘This distinction is extremely important and very interesting. Maybe also a little counterintuitive. It means that the so-called getting up on the wrong side of bed is… an immoral behaviour. It cannot be subjected to moral evaluation, i.e. considered in terms of good and evil. In turn, for example, hitting the partner is subject to moral evaluation and at the same time unethical behaviour.’, explains Dr Mariola Paruzel-Czachura.

The most general approach to morally judged behaviours refers to the notion of good and harm – suffered or inflicted on other people. However, this is an extremely broad topic that can be studied from the perspective of many scientific fields, such as psychology, philosophy, religious studies or sociology. Conducting research therefore requires a narrower view of the selected issue. The first step is to define the concept, which is chosen as the main topic of research. Dr Mariola Paruzel-Czachura proposed that morality should be understood as a combination of views, emotions and behaviours that are subject to judgement and can be considered in terms of good and evil.

‘Becoming acquainted with specialist literature, I discovered with amazement that there are almost no studies that would include the triad I have indicated. So I decided to conduct several research projects that are based on the assumption that morality is what we do, think and feel.’, explains the psychologist.

To achieve this goal, the author of the research invited to cooperate several scientists from Polish and foreign universities such as: University of Silesia in Katowice, SWPS University of Social Sciences and Humanities, Silesian University of Technology, Nicolaus Copernicus University in Toruń, as well as the University of Waterloo, Universidad Complutense de Madrid and the National Institute of Mental Health (NÚDZ) in Czechia. Together, they form the Moral Psychology Center, within which they conduct research on human morality from a psychological perspective. Training for teachers who want to learn how to develop students’ morality as part of the Heroic Imagination Project (more details at hip.org.pl) is also an important aspect of the unit’s cooperation with the environment.

‘As I have already mentioned, the topic of human morality in psychological terms is an extremely broad issue. When conducting research, I focused on three projects.’, says the psychologist.

The first is about how people perceive their morality. Not only ethical and unethical behaviour are examined, but also the views and emotions that accompany them. It turns out that these three elements are not always consistent. As explained by Mariola Paruzel-Czachura, it happens that we display a socially undesirable behaviour, which may be accompanied by an opposite view yet corresponding emotions.

‘Let’s suppose we have stolen something. Despite this, we believe that theft is something bad, and we feel bad about the behaviour.’, says the scientist. At the same time, there may be other configurations: there are people who think that theft is something wrong (view), but they still steal (behaviour) and feel good about it (emotions). There are many such patterns, and those which elements are inconsistent seem particularly interesting. ‘When conducting research, we wonder how it comes to the fact that the action, as well as the accompanying emotions and views may be incompatible with each other. What is stronger in constructing one’s morality: views, behaviours or emotions?’, asks the psychologist.

To get the answer, scientists plan to investigate online as many anonymous Poles as possible, mainly people who have committed or commit ethical offenses. Many tools concerning moral views, socially undesirable behaviours and accompanying emotions have already been prepared.

Only adults are allowed to participate in the study. It is divided into three parts, and each of them lasts from a few to a dozen or so minutes. The questions primarily concern views and behaviours that are not subject to evaluation and criticism, and the results are for scientific purposes only. On a regular basis, after answering on a given scale, the participant automatically receives a free description of his or her morality.

‘In this project, we often refer to current events from the country and the world, we check how our respondents evaluate the actions of those responsible, including for shooting down a Boeing 777 in Ukraine, the murder of parents by two minors in Rakowiska, or the famous case of the murder of little girl named Madzia in Sosnowiec. On this basis, we want to answer the question whether information about the emotions and views of another person who committed an unethical behaviour can increase or decrease the evaluation of their morality.’, explains the psychologist.

The subject of the third project is the analysis of how a foreign language influences moral decisions. As the scientist explains, while carrying out other studies, it turned out that the language in which moral dilemmas are presented influences the decision making. Psychologists will analyse data evaluated in the following languages: Polish, English, French, German and Spanish.

Detailed information on projects implemented by dr Maria Paruzel-Czachura, members of the Moral Psychology Center and the aforementioned survey are available at: mojamoralnosc.pl.