This site uses cookies
By using this website you agree to the use of cookies in accordance with the current browser settings.
Learn more Accept
Go to main content
COVID-19 security status
Level 0: no restrictions, basic health and safety at work rules
Coronavirus Statistics
home link Type articles A literary guide to contemporary Lviv

A literary guide to contemporary Lviv

Lviv lives on in the memory of several nationalities. It inspires not only multilingual artists who, fascinated by the unique atmosphere of the castle on the Poltva River, devote their lives to it, but it also motivates many scientists to study the city’s multiculturalism and sources of creative fascination. Last year, the monograph by Zoriana Czajkowska, PhD, entitled “Literary topographies of Lviv. Comparative sketches” (University of Silesia Press, 2021) was published. The author is an Assistant Professor at the Institute of Literary Studies of the Faculty of Humanities at the University of Silesia.

She was born in Drohobych (her family has Polish roots), she is a graduate of English and Polish philology at the Ivan Franko Drohobych State Pedagogical University, Polish philology at the University of Silesia and Postgraduate Qualifying Studies in Teaching Polish Culture and Polish as a Foreign Language. In 2019, she defended her doctoral dissertation entitled “Lviv in the works of contemporary Polish, Ukrainian and Russian writers” (Lwów w twórczości współczesnych pisarzy polskich, ukraińskich i rosyjskich).

“When in 2009, I took part in the Summer School of Polish Language and Culture in Cieszyn”, recalls the author of the monograph, “I was lucky to meet wonderful people, my future mentors: Prof. Jolanta Tambor and Romuald Cudak, PhD, Assoc. Prof. Thanks to their help and support, I started my Master’s degree studies in Polish Studies at the University of Silesia and then started doctoral studies.”

She constantly cooperated with the School of Polish Language and Culture of the University of Silesia (teacher of Polish as a foreign language); she was also a member of the Commission for the Certification of Proficiency in Polish as a Foreign Language several times, at the same time developing her scientific interests related to Lviv in multilingual literature, geopoetics, reception of Polish literature in Ukraine and translation of specialist texts.

The monograph consists of four parts. In the first part, the author outlines the literary background and documents the presence of Lviv in Ukrainian, Polish, and Russian literature over the centuries, reviewing the most representative texts, ranging from the “old town” (16th-18th century) through the Habsburg period, tragic November of 1918, the interwar period, the literature of communist Poland and USSR era to the texts of contemporary authors. The other parts contain analyses of selected Ukrainian, Polish, and Russian literary texts written after 1945.

The research material was huge. Within seven decades, several hundred texts about Lviv appeared, the authors of which were writers, poets, critics, and columnists. Therefore, a selection based on transparent criteria was essential.

“You have to look at Lviv from different perspectives. First of all, it is one of the most important cultural and political centres in Western Ukraine, but it must not be forgotten that for 600 years, Lviv was a centre dominated by Polish culture. Historical conditions meant that Poles and Ukrainians fought for the right to Lviv and its history for centuries, proving that it was only their city. That is why I decided that my monograph must include the literature of both nations. This is because it allows tracing the understanding of the problem of “strangeness” and “otherness”. In particular periods, Poles, Ukrainians, and Russians tried to prove that all others were strangers, even if they were not denied the right to “Lvivness”. Representatives of other nationalities, such as Jewish people or Armenians, were perceived only in terms of being different.” Explains the researcher.

The presence of Russians in Lviv is relatively late and episodic. After World War II, they came to the city when Lviv was taken from Poland and incorporated into the Soviet Union. They felt like the hosts of the city, which sparked conflicts with the Ukrainians living in Lviv. These antagonisms did not die out even after Ukraine gained independence in 1991, and a reflection of that can be found in many literary texts.

“So, I decided that Lviv, in the eyes of Russian-speaking writers, is also a very important link. Texts by Jewish or German authors never had a patriotic-nostalgic “added value”, so characteristic of Polish, Ukrainian, and partly Russian narratives. Therefore, I focused on all those who perceived Lviv as their own.” Summarises Zorianna Czajkowska PhD.

The authors of the literary works of Lviv can be divided into two groups: authors coming from Lviv and those who work here, i.e., residents – present and former, and writers “from outside”. The literary scholar focused mainly on the former inhabitants of Lviv, who returned in their texts to memorable places years later. According to the researcher, such a choice allows us to trace various stages of shaping the contemporary perception of Lviv’s space.

The image of Lviv in Ukrainian works was presented on the basis of the works of Yuri Andrukhovych (prose writer, poet and singer) and two emigration writers: Bohdan Nyżankiwski and Zenon Tarnawski. These artists describe Lviv through places preserved in their memory, to which they return with nostalgia. However, the most important thing for them is to define the boundaries of “their” both material and spiritual space in the city they perceive as the capital of “Ukraine’s Piedmont”.

„In the texts written in the 1950s and 1960s, Ukrainian authors look back to their childhood and youth. Both Nyzankiwski and Tarnawski present Lviv as the cradle of Ukrainian culture, while Andruchowycz (born in 1960) exposes the Galician and European character of a multicultural, (post)socialist city. In the older generation of Ukrainian artists, the main goal was to prove Lviv’s Ukrainianness in independent Ukraine, the younger ones already meet the challenges of the 21st century, seeing Lviv open to Europe,” states the philologist.

Polish authors create an image of an irreversibly lost city, which they remember with emotion. This longing is illustrated by the texts of Józef Wittlin, Stanisław Lem, and Adam Zagajewski. Both Wittlin and Lem return in their works to childhood and youth, to interwar and multicultural Lviv. Wittlin idealises Lviv and presents a city where various cultures, nations and religions coexist in harmony, referring to the myth of Leopolis Triplex, rooted in Polish consciousness. Lem, showing Lviv only through the eyes of a child and rejecting the later acquired knowledge about the world and about himself, according to the author, escapes from the difficult history and displaces the later trauma. Zagajewski, on the other hand, absorbing the memory of his relatives (his family was forced to leave the city when the future author of “Go to Lviv” was only a few months old) focuses on the feelings and experiences of people who, having left the city, were unable to find themselves in the new reality.

All of the three artists have elements that testify to the complicated history of Lviv and national conflicts in the past, they also recall the political and historical events that underlie their spiritual identity homelessness. 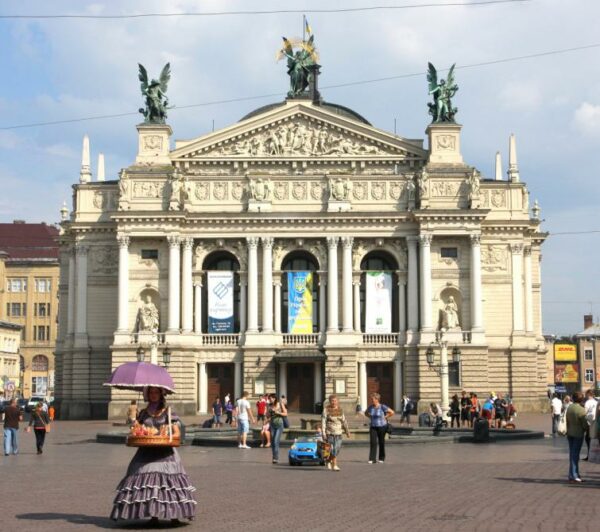 Russian literature about Lviv is represented by the texts of the writer and literary critic Igor Klech, the writer and translator Ekaterina Korotkowa, the essayist Grigory Komski, as well as columns of literary scholar and a professor of the Lviv National University, Valery Serdyukhenko.

“While Polish and Ukrainian texts refer to cultural rootedness, the Russian-speaking ones discuss the reasons for the lack of it. The Russians go back to the memories of the city where they spent their youth, although they were never accepted by Lviv citizens and had no reason to feel that they were the owners of the city. Their little homeland is a place of childhood and youth, but certainly not a homeland in the national sense. Their texts show a longing for the old, irretrievably gone Soviet era and dissatisfaction with the introduced changes,” emphasises the researcher.

Zoriana Czajkowska, PhD, combines educational classes at the University of Silesia with work in the Upper Silesian Fund (Fundusz Górnośląski), where she is the director of the Department of Foreign Cooperation. Staying faithful to her greatest passion, literature, she believes that she will rise to the next challenge.

“I feel obliged to take care of my familial Drohobycz, with which I am very emotionally connected. I devoted one of my publications to Bruno Schulz (Shulz’s Wordliness, 2014 (Światowość Schulza)), but I feel unsatisfied. I would like, as in the case of Lviv, to present the image of Drohobycz in Polish, Ukrainian, and Russian literature in a comparative approach. It’s number one on my list of research plans.” 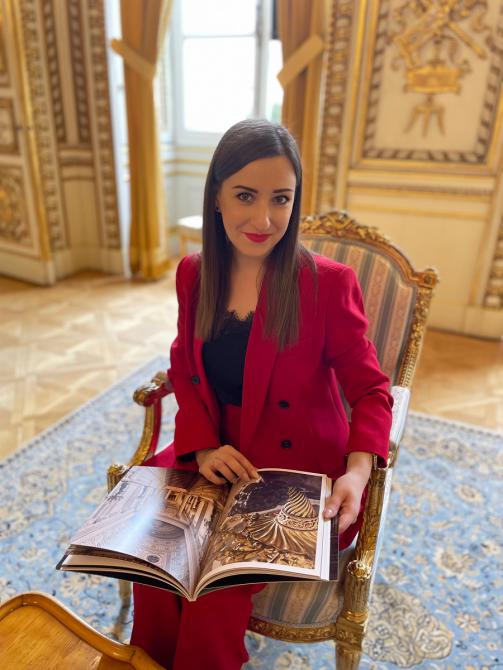