This site uses cookies
By using this website you agree to the use of cookies in accordance with the current browser settings.
Learn more Accept
Go to main content
COVID-19 security status
Level 0: no restrictions, basic health and safety at work rules
Coronavirus Statistics
home link Multimedia Summary of the ESOF 2022 international conference in Katowice

Summary of the ESOF 2022 international conference in Katowice

Nearly 500 people arrived on 15 July 2022 at the International Congress Centre in Katowice, and almost 200 participated in the event online. During 12 discussion panels, dozens of participants from Poland and abroad talked about, among others, sustainable environments, healthy societies, and the freedom and responsibility of science. The conference served as an excellent opportunity to exchange experiences and establish international cooperation.

The opening ceremony of the EuroScience Open Forum 2022 Regional Site was led by Łukasz Lamża, a science communicator and ambassador of the Silesian Science Festival KATOWICE. Their speeches delivered, among others, Champions of the European City of Science 2024 – Prof. Ryszard Koziołek, Rector of the University of Silesia in Katowice and Anna Budzanowska, PhD, Deputy Minister of the Ministry of Science and Higher Education 2019-2021.

The floor took also: Prof. Michael Matlosz – President of EuroScience, rectors of Silesian universities forming the Academic Consortium Katowice – City of Science, Wojciech Murdzek – Secretary of State in the Ministry of Science and Education and Government Plenipotentiary for the Reform of Research Institutes, Bogumił Sobula – Deputy Mayor of Katowice, Kazimierz Karolczak – Chair of the Management Board of Metropolis GZM, and Jerzy Buzek, Member of the European Parliament. Jan Chrząszcz, Deputy Governor of Silesian Voivodeship, read a letter from Matusz Morawiecki, the Polish Prime Minister.

The daylong conference ESOF2022 was rich in various meetings attended, aside from Polish scientists and experts, by foreign researchers and specialists representing, among others, the European Commission, Science Europe, COAlitionS, EOSC, and UNESCO. A large part of the events taking place in Katowice was broadcast in Leiden, while some of the meetings held in the Netherlands were made available as an online broadcast for participants at the International Congress Centre.

One of the panels organised in the International Congress Centre entitled “Can Science Save Ukraine? European Universities and Ukraine’s Post-War Transformation” was dedicated to the role of science in reconstructing Ukraine torn by war.

The joint event by the Medical University of Silesia and the Academy of Physical Education in Katowice entitled “Live Life! Get the most of your time – Innovation in chronic disease prevention” was devoted mostly to the prevention of chronic diseases and the formation of pro-health attitudes for the benefit of individuals and the general population.

The so-called brain drain was the topic of the panel entitled “Make brain, do not drain – facing the dilemma of scientific excellence”. The speakers pondered, among others, if European universities can still compete with the world’s most prestigious institutions, and how we can encourage the research staff to remain at their home universities.

Proposals for new developments in academia, including increasing interdisciplinarity and enhancing international cooperation between different research centres, were touched upon at a meeting entitled “Is Europe ready for an alternative model of university? A long and bumpy road for European University Initiatives”.

The conference programme is available on the ESOF website.

The next conference EuroScience Open Forum will be held in Katowice in two years’ time. It will be organised as part of the European City of Science 2024, a title awarded to the capital of Upper Silesia. Aside from the conference itself, other additional events are planned to take place in connection with Katowice receiving this title. Some are focused on promoting science and art (as part of future editions of the Silesian Science Festival KATOWICE, among others). Detailed information on the celebrations will be announced by the Academic Consortium Katowice – City of Science.

EuroScience Open Forum 2022 Regional Site was a conference accompanying the EuroScience Open Forum (ESOF) 2022 in Leiden. The event was preceded by the official handing-over of the title of European City of Science 2024 to Katowice, which took place on 16 July 2022 during the closing ceremony of the conference in the Netherlands. A summary of the event can be accessed on the website of the University of Silesia. 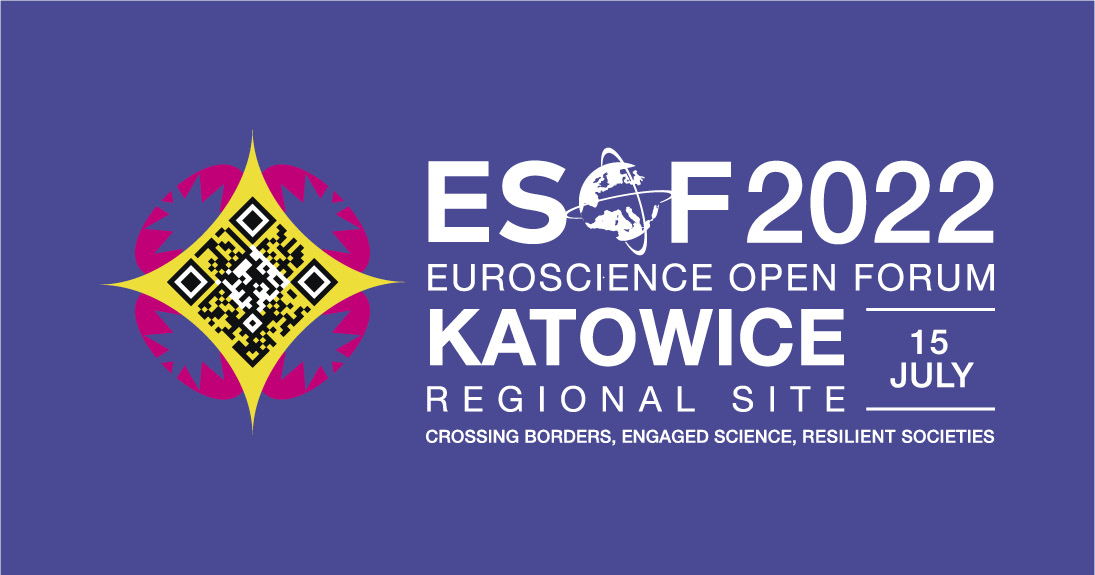