This site uses cookies
By using this website you agree to the use of cookies in accordance with the current browser settings.
Learn more Accept
Go to main content
COVID-19 security status
Level 0: no restrictions, basic health and safety at work rules
Coronavirus Statistics
home link Type articles Our job is to discover how plants do it

Our job is to discover how plants do it

The best conditions for the propagation of pine seeds are when it is warm and dry. It is no wonder then that the pinecones, which are unique “containers” for seeds, open when the temperature and humidity of the air are optimal for seeding. Interestingly, the mechanical opening and closing of the cone’s scales occurs even when it is damaged or even partially… fossilised. If we learned the secret of the resistance of cone scales, which is also characteristic of other moving plant organs, we could construct, for example, extremely durable helicopter blades. These and other mechanical properties of plants, which can be used in engineering in the future, are discovered by Prof. Dorota Kwiatkowska from the Faculty of Natural Sciences of the University of Silesia in Katowice.

Research on the growth and development of plant organs from the perspective of biophysics has been presented in “University of Silesia Magazine” at least twice. One of the articles appeared in the April 2012 issue and concerned the research interests of Prof. Dorota Kwiatkowska, the second – introducing the project by Agata Burian, PhD, DSc, Associate Professor – was published in January 2019. It would probably not be surprising, if it were not for the fact that both texts by two different people, completely by accident, received the same title: Plant architecture. Today, the topic of plant development biology from the point of view of biomechanics appears for the third time, therefore it is a good opportunity to ask the question whether the word architecture  really describes the presented processes well.

“The members of our team look at plant organisms as physical objects. Therefore, the terminology borrowed from engineers seems to be correct. The structure of the plants at the macro level can be extremely complicated. This is also how the architecture of a building seems to be. A building must be designed in such a way that it is stable and can withstand various unfavourable external conditions”, says Prof. Dorota Kwiatkowska. We see plants as physical objects because they are subject to all the laws of physics. “We focus on biomechanics, which investigates not only the mechanical properties of various cells, tissues and entire organs, but also the influence of external and internal forces on plant organisms”, adds the researcher from the University of Silesia.

Within the interests of Prof. Dorota Kwiatkowska is, for example, the role of mechanical factors in regulating the development and functioning of plants. Over the last dozen or so years, it has been an extremely popular topic undertaken by biologists. Scientists from the team of Prof. Dorota Kwiatkowska research, among others, basic mechanical properties of plant organs, such as rigidity and durability.

It turns out that living plant tissues are an extremely interesting material made of many tiny cells under pressure. Each living cell is surrounded by a taut wall and resembles an inflated balloon. It is also “glued” to other similar elements surrounding it. Such structures are said to be pretensioned. Importantly, not only green stems and leaves, but also tree branches and trunks, most of which are occupied by dead wood cells, are pretensioned. This means that different organs use the same construction solution, despite the different construction. “We refer to architecture again, because pretensions also refer to e.g. reinforced concrete structures used in the construction of bridges and dams. Thanks to such properties, we obtain much more durable objects”, comments the biologist. 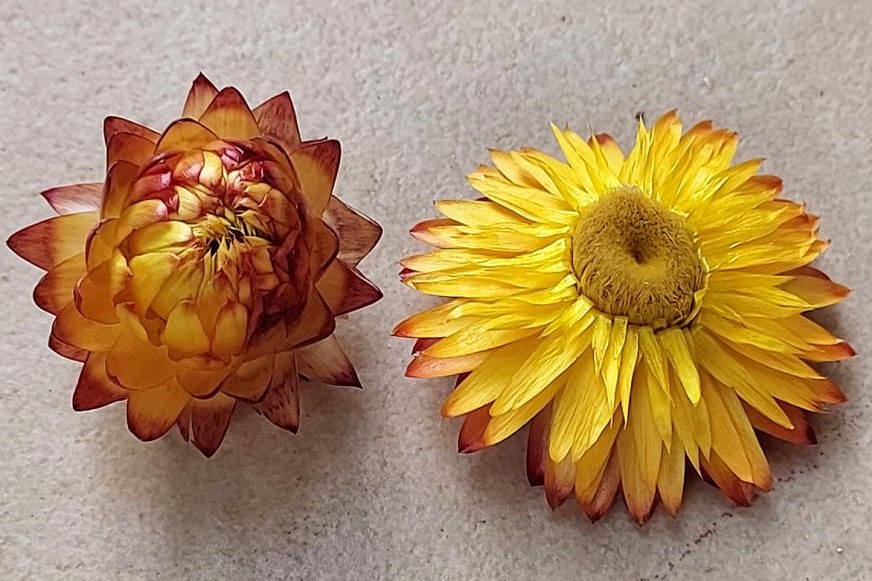 Inflorescences of strawflowers (Xerochrysum bracteatum): closed and open after immersion in water | Photo by Dorota Kwiatkowska 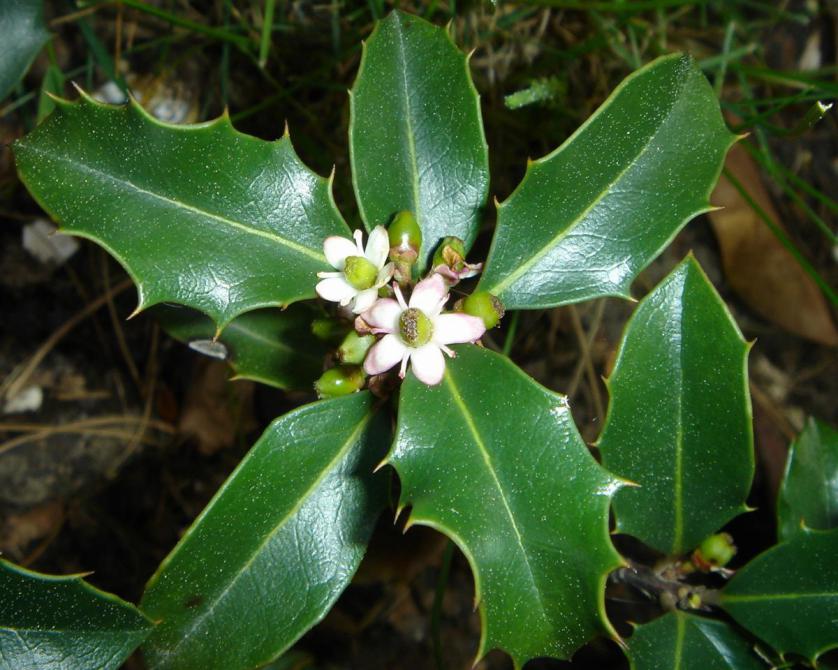 By examining selected properties of plant organs, scientists choose species particularly interesting from the point of view of the research topic, often looking for analogies also in the model plant and its mutants. In the case of the team from the University of Silesia, it is the thale cress (Arabidopsis thaliana). “We deal with various organs and plant species. I am primarily interested in the analysis of the development and mechanical structure of leaves of, for example, holly. It is a plant that, mainly in Anglo-Saxon countries, is associated with Christmas. It has spiky, quite stiff and slightly wavy leaves. I am curious how these waves come to be. I want to know what mechanical properties the plant acquires thanks to such shapes and structures, and what benefits are derived from it”,  says Prof. Dorota Kwiatkowska. “We also study the outermost organs of a flower, known as sepals. They have an interesting structure in the thale cress; they are covered with delicate ribs. We suspect that such a texture may have several advantages, including some desirable mechanical properties”, she adds.

In terms of the mechanics-function relationship of the organ, the inflorescences of the strawflower, also known as golden everlasting, are extremely interesting. They are surrounded by colourful petal-like scales made of dead cells that can close and open when the level of humidity in the air changes. Scientists paid particular attention to the mechanisms of movement of these scales. It is particularly interesting from the point of view of biomimetics, which brings solutions known in nature into the world of technology.

“We discovered something surprising in their case. It turned out that these transformed leaves can close and open even when they are quite mechanically damaged. This is a great solution because the mechanism remains operational even when the structure is broken. A similar solution is known in the case of pine or spruce cones. They open and close under the influence of changing weather conditions, even when they are partially destroyed or even mineralised, fossilised. It’s an amazing solution!”, emphasises the researcher. “Imagine engineers who would like to copy this mechanism, e.g. to build helicopter propellers, which would be able to work even in the event of partial damage due to various mechanical influences. How durable would these products be! Our job is to discover how plants do it. We want to know what makes them so resistant, and then share this solution with engineers”, she adds.

Certainly, this type of research is now easier thanks to technological progress. Scientists have more and more advanced research techniques at their disposal. Thanks to them, it is possible to test hypotheses put forward even decades earlier. Tools for mathematical modeling are also being developed. They are extremely useful in determining the factors influencing the regulation of various plant development processes or their architecture.

“Modelling is an important process because it very often shows that certain answers formulated based on the researcher’s own intuition can be wrong”, says the biologist. “Imagine a layer of cells, such as a delicate rind that peels off so easily when an onion is cut, that has been stripped of its pretension. In other words, the cells have withered. If such a piece of rind is immersed in water, the cells will “drink”. Your intuition tells you that then this rind will get bigger. You couldn’t be more wrong. It turns out that the piece of the rind will shrink. This is due to the elongated shape of the cells and their rather rigid wall. Imagine a mattress with elongated chambers. When we inflate it, it becomes thicker and… narrower. The same thing happens with the cell layer. That is why it is always worth waiting for the test results and being vigilant, trying different solutions and experiments. You never know what else will surprise us”, summarises Prof. Dorota Kwiatkowska.

The article “Our job is to discover how plants do it” was published in the October issue of “University of Silesia Magazine” No. 1 (301).