This site uses cookies
By using this website you agree to the use of cookies in accordance with the current browser settings.
Learn more Accept
Go to main content
COVID-19 security status
Level 0: no restrictions, basic health and safety at work rules
Coronavirus Statistics
home link Type articles „No Limit” | Revolutionizing the pharmaceutic industry

„No Limit” | Revolutionizing the pharmaceutic industry

According to estimates, over 40% of drugs available in pharmacies and more than 90% of new medicinal substances show poor water solubility. This means that a large number of them will not be absorbed by the patient’s body, as a consequence of which stronger drug doses must be prescribed, and the non-absorbed substances enter the environment and thus contribute to its greater pollution. 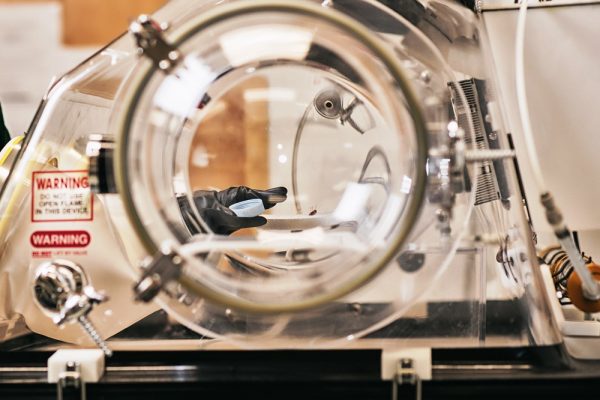 The main reason for this poor water solubility is the crystalline form of drugs, and therefore scientists are looking for new solutions. Active substances in amorphous form constitute an interesting alternative. They are also referred to as the main hope of contemporary pharmaceutical manufacturing, since they show good water solubility and permeability of cell membranes. Drugs designed according to this new approach will work more quickly and effectively at smaller doses, which has a key impact on the patients’ health. The cause is thus worth fighting for.

Amorphous solid substances exhibit interesting properties which place them somewhere in between solids and liquids. Imagine that we lower the temperature of a “classic” liquid. When we approach its proper solidifying point, the crystallization process begins. The structure obtained in this process is a network of organized molecules. However, certain compounds exist which do not crystallize in spite of being kept at temperatures below the solidifying point. Their structure remains disorderly – as in the case of liquids. They are in their amorphous phase and look similar to honey, which is dense and sticky, and their molecules move more slowly, cautiously, and deliberately.

A typical example of such a compound is glass, since it is sometimes referred to as a frozen liquid.

– Imagine we are looking at a photograph of a typical liquid structure. We would have a certain chaotic arrangement of atoms in front of us. A photograph depicting a liquid at a sufficiently low temperature below its glass transition temperature will also contain such disorderly arranged atoms. The typical observers won’t notice any difference, and yet we would be looking at two different physical states, says physicist Professor Marian Paluch from the University of Silesia who has been researching the properties of amorphous structures and their use in the pharmaceutic industry since many years.

The movement of molecules in this phase is also very interesting. Professor Marian Paluch compares it to the Tokyo subway during rush hour. There is a constant influx of new people, they are tired after work and want to get home as quickly as possible. However, they start to slow down in a crowd which is growing bigger, but they can still move. Nevertheless, they have to plan their path ahead, do not move freely, but have to take into account the presence of every neighbor. Their movement has therefore a collective character; my movement does not depend solely on myself but predominantly on what is possible in my surroundings. When a liquid is supercooled, the molecules start to move in a similar way. We do not observe this in classic liquids, nor in crystals.

It is already known that active substances in their amorphous phase are better absorbed and show high permeability of cell membranes. Their use in the pharmaceutic industry, however, is linked to numerous challenges. First of all, not every substance can be easily converted to an amorphous state. Frequently, this process requires complex equipment, and new conversion methods have to be discovered.

Secondly, there are numerous factors determining the physical stability of their amorphous form which must be maintained at least until the drug’s best before date.

Thirdly, the properties of a substance in its amorphous phase change over time, and therefore scientists study these changes as well as the entire process.

However, Professor Paluch emphasizes that scientists cooperating with him have already found some interesting solutions which provide answers to all of the above-mentioned challenges.

– We have one of the world’s best laboratories to perform tests at high pressure. Moreover, I participated in the construction of similar equipment in numerous research facilities in Europe, Asia, and North America. We also developed various methods for the stabilization of entire systems in order to keep and control the properties of a substance in its amorphous state. This brings us closer to placing amorphous drugs on the market. We are open to collaborations with other research centers and with representatives of the pharmaceutic industry, emphasizes the scientist from the University of Silesia.

The article entitled ‘Revolutionizing the pharmaceutic industry’ was published in ‘No Limits’, no. 1 (1) in 2020.

Prof. Marian Paluch
Faculty of Science and Technology at the University of Silesia
Director of the Silesian Centre for Education and Interdisciplinary Research
marian.paluch@us.edu.pl