„No Limits” | Letting the Traces Speak

The conviction that the traces revealed during the examination of a suspect or the site of the incident carry a huge information load, a testimony of the committed deeds, is one of the pillars of modern forensic science. Traces speak, do not succumb to emotion and prejudice, and the only factor that can diminish their value are difficulties related to the investigation and interpretation of the evidence. 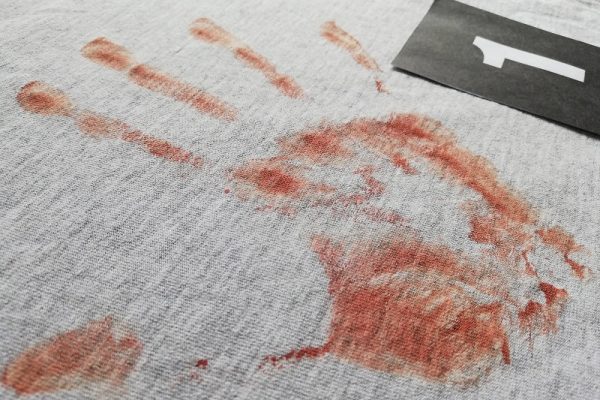 A batch of evidence that has gained prominence in courtrooms are blood prints, often the main driving force behind the investigation process. Thanks to Karl Landsteiner’s discovery made the early twentieth century, which paved the way for dividing blood into groups on the basis of the antigens it contains, researchers were able to identify possible sources of preserved traces and thus to narrow down the group of suspects. However, the real serological revolution did not take place until a few decades later, when the technology perfected by the British geneticist Sir Alec Jeffreys was transferred to the forensics. With the birth of the DNA profiling technique, the repertoire of forensic research methods used in criminal proceedings was enriched by another valuable tool to identify individuals, i.e. a possible blood source.

The implementation of genetic identification tests into judicial practice was undoubtedly a milestone in the development of forensic science. However, it did not exhaust the information potential of blood – the dimension, shape, size, and distribution of traces revealed on clothing or the at site of the event, which often form a story, are also important. The interpretation of bloodstains based on their physical description, known as bloodstain pattern analysis (BPA), very often helps law enforcement officials to reconstruct an event, since it provides important information on the circumstances how the trace was created.

However, modern forensic knowledge, which allows for such a comprehensive use of bloodstain patterns, does not make full use of the information “recorded” in them. Forensic specialists are well aware of the urgent need to develop a technique able to estimate the age of a bloody trace. Among them there are researchers from the University of Silesia working in the Forensic Chemistry Department at the Institute of Chemistry: Dr. Eng. Agnieszka Martyna, MSc Alicja Menżyk, and Prof. Grzegorz Zadora, who, in cooperation with Italian scientists Prof. Gianmario Martra from the University of Turin and the team of Prof. Paolo Oliveri from the University of Genoa, explore the problem of blood dating, using the methods of instrumental analysis – mainly spectroscopic methods such as Raman or infrared spectroscopy. The choice of these analytical has not been accidental. The key factor is their non-invasive nature, which is very desirable in forensic research, and, most importantly, the richness of the information obtained. Spectroscopic techniques allow to explore the chemical information “recorded” in the examined material, since the way radiation interacts with the analyzed trace depends, among others, on its qualitative and quantitative composition, which changes during the progressive degradation of blood, thus laying the foundations for the methodology of dating traces. 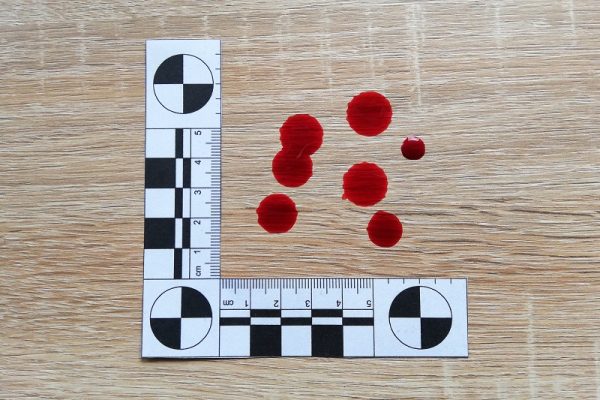 The attempt to answer the question about the time of blood trace formation is possible due to aging processes, which lead to changes in physico-chemical properties of the tested material. In the case of bloody traces, the cascade of physico-chemical processes responsible for their degradation starts immediately after the blood leaves the body. At first, these processes include the coagulation and evaporation of the aqueous component of plasma, which causes a significant increase in blood viscosity. Thus, the resulting blood stain is formed mainly by morphotic elements, the dominant part of which are erythrocytes, filled almost to the brim with hemoglobin. The hemoglobin molecule consists of four sub-units, each of which is a protein structure wrapped quite tightly around an iron ion, and it is the iron center of the macromolecule that determines its entire structure. The iron ion, depending on the stage of degradation process, is combined with opposed groups called ligands, such as a molecule of oxygen or water, and creates complex connections, which are characterized by different spatial arrangement. This structural diversity, in turn, determines the physico-chemical characteristics of the protein, so that at least several forms of hemoglobin can be distinguished in the degrading blood traces, characterized by different ways of interaction with electromagnetic radiation and, consequently, with different spectral properties.

Therefore, the vast majority of the proposed methods of dating blood traces boils down to defining a certain measurable parameter reflecting the degree of hemoglobin degradation and then linking its changes with the time passed. The role of such an aging marker may be played by entire instrumental signals recorded by spectroscopic techniques. And it is from these spectroscopic “signatures,” which are a combination of signals of all blood components actively interacting with electromagnetic radiation, that the members of the Forensic Chemistry Team successfully read out the time-dependent information, and additionally make use of statistical methods. It is also worth remembering that the vast majority of developed techniques model relationships observed during the degradation of samples stored in strictly controlled conditions. The aging process, however, is not only a matter of time. Evidence may degrade at different rates depending on many external factors, mainly environmental conditions at the site of the accident. Therefore, it is difficult to point towards a universal dating method. The solution proposed by the Polish-Italian team may be to treat the issue of blood dating as a comparative problem. The basis of this methodology is to assess the similarity between the degree of degradation of the evidence and the decomposition of comparative materials obtained during controlled blood aging, which would, as precisely as possible, recreate the degradation of the evidence on site. Thus, every dating procedure would be each time adapted to the protected traces.

Alicja Menżyk
Forensic Chemistry Team Institute of Chemistry
Faculty of Science and Technology at the University of Silesia
alicja.menzyk@us.edu.pl