This site uses cookies
By using this website you agree to the use of cookies in accordance with the current browser settings.
Learn more Accept
Go to main content
COVID-19 security status
Level 0: no restrictions, basic health and safety at work rules
Coronavirus Statistics
home link Type articles „No Limits” | In the Search for Chemical Water Contamination

„No Limits” | In the Search for Chemical Water Contamination

Humans have a huge influence on the quality of water in the environment; by introducing various chemicals into it as well as by interfering with its natural circulation. The sources of contamination are not only urbanization, mining, excessive and sometimes inappropriate use of various chemicals, mainly in agriculture, but – above all – industry.

Population growth in an area results in increased use of personal protective equipment (PPE) and pharmaceuticals, and the transport sector is a source of heavy metals and petroleum hydrocarbons, including polycyclic aromatic hydrocarbons (PAHs). Important so-called point sources of pollution are landfills from which a variety of chemicals and even radioactive substances are released into groundwater. As a result of agricultural activities, many biocidal penetrate the environment. They often contain significant amounts of heavy metals, especially cadmium, zinc, copper as well as veterinary drugs. Chemicals used in industry are an entirely separate issue.

Pharmaceuticals are becoming an important problem, and they enter the water in three ways: through municipal sewage, sewage from production plants as well as from livestock breeding centers. Excreted antibiotics unfortunately still contain the active substance. – Xenobiotic compounds, i.e. foreign compounds with a chemical structure not found in nature, which include the vast majority of pharmaceuticals, often do not undergo full microbiological decomposition but only partial transformation, i.e. biotransformation. Such a situation is observed in sewage treatment plants where microorganisms in the form of activated sludge do not have the enzymatic ‘equipment’ able to fully mineralize such substances, explains Dr. Agnieszka Nowak from the Institute of Biology, Biotechnology, and Environmental Protection at the University of Silesia.

Such a wide variety of substances that could pose a threat to the functioning of ecosystems required the introduction of legal regulations to control the concentrations of compounds that have been classified as toxic, dangerous, or potentially harmful. In 2001, in a decision of the European Parliament and the Council, a list of 33 priority substances and 8 other pollutants was established. The introduction of these compounds into the environment should be gradually reduced and, in the case of priority hazardous substances, completely banned. The first list of priority substances included hydrocarbons from insecticides and herbicides, other aliphatic and aromatic hydrocarbons, heavy metals and their compounds (mainly cadmium, nickel, lead, and mercury), and organometallic compounds. The 2013 Directive of the European Parliament and of the Council has paved the way for the establishment and continuous updating of a watch list whuch is the first to include pharmaceutical substances such as 17 α-ethinyl estradiol (EE2), 17 β-estradiol (E2), macrolide antibiotics (erythromycin, clarithromycin, azithromycin) and diclofenac. It is important to emphasize that the medical value of these substances has not been questioned, but it has been demonstrated that the presence of these compounds in the aquatic environment can have harmful effects on the health of fish, limit their reproduction, and pose a threat to other organisms.

– Already in the 1950s, research on aquatic ecosystems allowed to observe processes which result in an increase in the concentration of toxic substances in organisms occupying a higher trophic level, i.e. the so-called biomagnification. Fish species such as tuna and salmon are mentioned as particularly vulnerable, followed by birds eating fish, marine mammals (seals and dolphins), and humans. Hormonal, reproductive, endocrine, and steroidogenic disturbances are described as one of the most dangerous consequences of this phenomenon. Research in many European countries has also shown many disturbances in the functioning and reproduction of freshwater fish, adds Dr. Agnieszka Nowak. 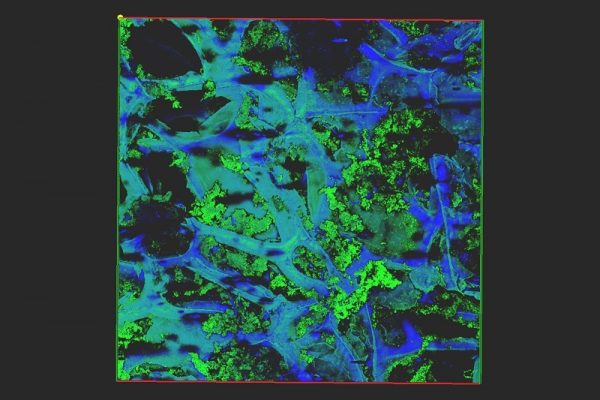 Throughout the European Union, analgesics, antimicrobial drugs, antidepressants, contraceptives, and antiparasitics are found in surface waters.

– It is worrying that drugs such as oestrogen, diclofenac, or naproxene have also been detected in drinking water. In Poland, pharmaceuticals have also been found in surface and drinking water, e.g. naproxene and nonafibrate in the river Warta or diclofenac in the river Oder (Odra). The concentrations of these pharmaceuticals were at levels of several hundred nanograms. The presence of non-steroidal anti-inflammatory drugs in concentrations of several nanograms has been detected in drinking water, explains the researcher from the University of Silesia.

One of the solutions to the problem, i.e. the appearance of xenobiotic substances in water, is to increase the efficiency and the level of their biological decomposition in sewage treatment plants. This can be achieved by introducing selected strains of microorganisms capable of the biodegradation of specific pollutants. Unfortunately, for the time being, these studies are mainly conducted on a laboratory scale.

There are many ways to detect contaminants in water. The researchers from the University of Silesia have also decided to contribute to the fight against water pollution. The Automatic General Water Toxicity Biodetector (ABTOW) is an automated system that combines the properties of selected microorganisms – nitrifying bacteria and electrochemical sensors. It was created thanks to the work of the interdisciplinary research team of the University of Silesia headed by Assoc. Prof. Andrzej Woźnica. Research on the Automatic General Water Toxicity Biodetector has been conducted for over a decade. The device allows for quick detection of contaminants that may be present in the water. It can be installed at a raw water intake or in a process line responsible for water treatment. It reacts to the presence of heavy metals, priority substances, and phenols, which are commonly used in industry.

The article entitled ‘In the Search for Chemical Water Contamination’ was published in ‘No Limits’, no. 2 (2) in 2020.

Dr. Agnieszka Nowak
Institute of Biology, Biotechnology, and Environmental Protection
Faculty of Natural Sciences at the University of Silesia
agnieszka.a.nowak@us.edu.pl