The rectors of seven universities forming Transform4Europe European University met on 30 November 2020 to talk about the implementation of the most important goals of the project. The event was an opportunity to present the individual universities, as well as to discuss subjects such as innovative education, research excellence, and most important challenges. The rectors also exchanged comments on the new opportunities provided by international cooperation in the context of modern education and strengthening the research potential of European University on the international arena.

The meeting, which was held remotely, was also attended by vice-rectors as well as project managers and coordinators representing particular universities. During the afternoon discussion panels, the participants talked e.g. about the best methods to communicate the idea of the project, taking into consideration the needs of different groups of recipients, including students, doctoral students and employees of universities, as well as broadly understood environment – at the regional, national and global level. 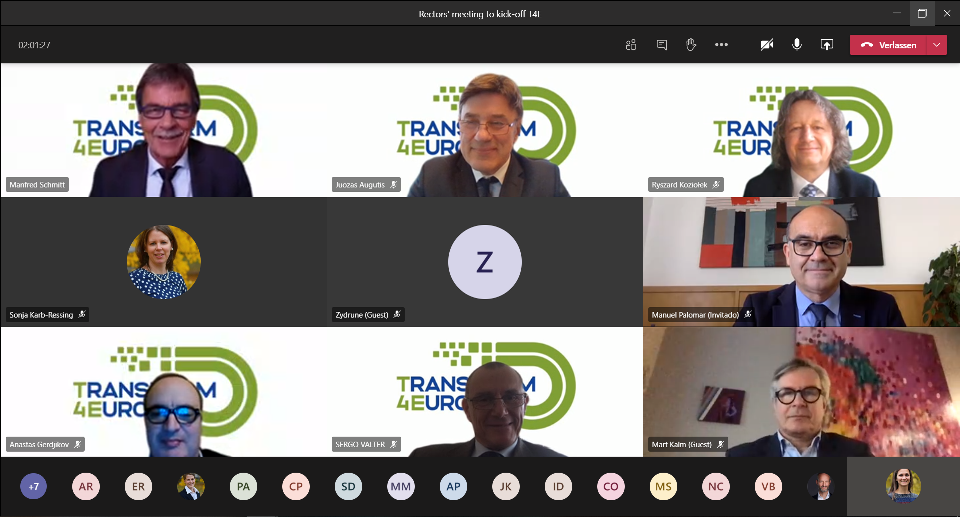