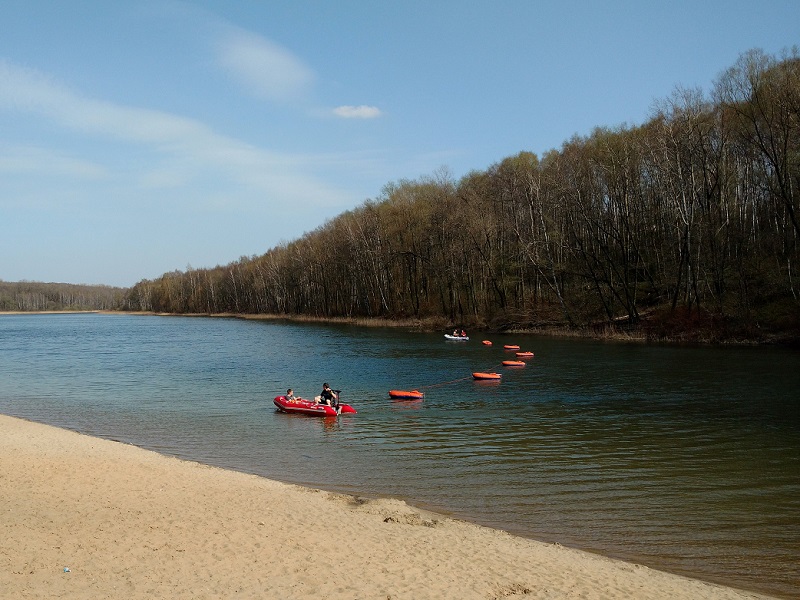 The article is a part of the series introducing the effects of research done by scientists associated with our University. They are co-authors of over 600 inventions, utility models, industrial designs, and trademarks.

Scientists from the University of Silesia in Katowice, in cooperation with Maximapa LLC, designed a new system for fast and precise analysis of various water tanks and waterbodies; the system may be used in different places unavailable for standard devices. The solution in the shape of a utility model is protected by patents.

“Our team has been dealing with creating models of waterbodies for many years; thanks to that, it is easier to manage such objects. Based on various measurements we can assess whether they are safe, e.g. for tourist purposes. We are also able to estimate the risk level related to droughts or floods in the context of water tanks and bodies functioning,” says Bartosz Łozowski, PhD, from the Silesian Water Centre, a co-author of the utility model. “It is worth emphasising that we conduct research not only on lakes, ponds, retention tanks, and rivers,” he adds.

One of the examples of such works was making a bathymetry map of Morawa Pond in Katowice, by which a new waterfront inn in June 2022. Thanks to the restoration of the space, a new modern place for water sports aficionados appeared on the Silesian Voivodeship map. The authors of the project took into account the safety of adults, youth and children using the facility; thus, one of the actions for the sake of this goal was precise measurements of the pond floor.

“We often start our research by taking bathymetric measurements so that we can learn the shape of the floor of the water body we are interested in. The obtained data allow us to indicate places for subsequent stages of the research,” explains Bartosz Łozowski, PhD.

As an example, he gives Łąka Reservoir in Pszczyna Commune (gmina), which also is a subject of interest to the Centre’s experts. “It appeared that its seemingly uniform floor was divided by an underwater bank undetectable from the shore. Consequently, the reservoir was split into two areas between which the water mixed very slowly, which—in turn—resulted in a significant variation in physicochemical parameters within one water body. Our insight translated into selecting appropriate measurement points when carrying out research on the risks related to input of nutrients to the water body,” says the biologists from the University of Silesia.

Taking measurements of floors of not-that-deep reservoirs seems quite a challenge for scientists. It is important as—according to the biologist—the Silesian Voivodeship has quite a number of shallow water bodies. “I can give an example of Paprocany Lake with a depth of 1.6m. In this place, we have developed a water profile for the future swimming area; in that case, the safety of users has a great significance,” says the scientist. “It is worth mentioning the Vistula and the Oder; we have carried out research on them within two science and research expedition, resp. in 2021 and 2022. Our goal is to evaluate the quality of water on the entire length of the rivers. It comes as no surprise that along the day we dealt with deeper and shallower sections of the rivers,” adds the scientist.

In order to facilitate taking measurements on various depths, the scientists of the Silesian Water Centre collaborated with Maximapa LLC and designed a professional modular system for taking data, especially from hard-to-reach places. “Thanks to the system, generating 3D models of waterbody floors is much simpler,” states the scientist.

The system consists of two mother units. Between them, there are approx. 1.5m-long pontoon boats with multiple measurement devices, including sonars or GPS modules.

“All depends on what we want to be researched and how extensive space is of interest to us. The number of pontoon boats may change. Thanks to such a solution, it is possible to swiftly and on a large area collect data on, e.g. water temperature, sediment structure, number and distribution of organisms, floor shape and pollution. Thanks to our system, the working time can be cut from several days to as little as a few or several hours. At the same time, pontoon boats can enter places inaccessible to most units,” emphasises Bartosz Łozowski, PhD.

The modular solution has been applied by scientists from the Silesian Water Centre in bathymetric measurements for already several years, which proves its potential and effectiveness. Over a dozen waterbodies have been explored with the use of the system, including the challenging sections of the Vistula and the Oder rivers.

In the picture: Andrzej Woźnica, PhD, DSc, Assoc. Prof. and Bartosz Łozowski, PhD, taking bathymetric measurements with the use of the patented utility model. The collected that way data was part of a complex analysis of the waterbody Rogoźnik I | Photo by Bartosz Łozowski