This site uses cookies
By using this website you agree to the use of cookies in accordance with the current browser settings.
Learn more Accept
Go to main content
COVID-19 security status
Level 0: no restrictions, basic health and safety at work rules
Coronavirus Statistics
home link Type articles Szopienice and its “lead” legacy | Research by Prof. Robert Krzysztofik

Szopienice and its “lead” legacy | Research by Prof. Robert Krzysztofik

A management building with a clock tower from 1912 and a water tower – these are the remains of the smelting plant located in Szopienice, one of the districts in Katowice. The history of smelting zinc and lead in this area dates back to the early 19th century. The operation of this and the neighbouring smelting plants shaped Szopienice’s history in the 20th century. The long-lasting pollution emission had a destructive impact on the health of the residents, including children (a tragedy of the children suffering from lead poisoning) but also left a mark on the social structure of the district and its community. What kind of district is Szopienice today? The question will be answered by the international team of scientists led by Robert Krzysztofik, PhD, DSc, Assoc. Prof. The research project: The impact of long-term pollutant emissions – environmental, health, and socio-cultural effects of non-ferrous metallurgy was financed within the “Green Horizon” call for proposals of the Research Excellence Initiative.

“In our region, for obvious reasons, a lot of attention is being paid to the broadly understood issue of the significance of hard coal mining. I feel we might have a little forgotten about the non-ferrous metallurgy, which undoubtedly has had a huge impact on the life of the region residents and its environment,“ emphasises the team leader. “We have decided to bridge that gap. Our project brings together representatives of humanities, art studies and social, exact, and natural sciences. We are united by the identity of Szopienice’s reality.”

Prof. Robert Krzysztofik admits that the inspiration behind taking up the subject was the ceremony of conferring the honorary doctorate degree of the University of Silesia in Katowice to Jolanta Wadowska-Król. During the 1970s, the paediatrician launched research into exposure to lead among children living within the vicinity of Szopienice’s smelting plant. According to the then norms, over a thousand children were diagnosed with lead poisoning, a dangerous medical condition manifesting in, e.g. damaging the nervous system, skin, smooth muscles or kidneys. Although in the beginning the results of her research were being suppressed by the then authorities, the actions of Jolanta Wadowska-Król led to the resettlement of many families from the most polluted areas and the undertaken treatment saved the lives of many poisoned children.

“It seems a sort of our regional moral niche, that we cannot forget about. Therefore, we have decided to study the environmental, health, and social effects of non-ferrous metallurgy on the example of Szopienice,” says the scientist from the University of Silesia.

The team aims at conducting, among other things, geochemical testing of soil to accurately determine the structure, range, and source of the contamination within this area. All of it will verify an innovative method of near-infrared spectroscopy and hyperspectral imaging. The experts will check the possibility of quick monitoring for heavy metals in soil in the area of the smelting plant impact.

The trails of contamination might be additionally observed in the annual tree growth, which will be analysed within the project focused on the concentration of such heavy metals as lead, cadmium, and copper.

Separate research will be dedicated to the catchment area of the Rawa river, by which Szopienice is located. The experts will evaluate the water balance of the catchment area and develop a geoportal taking into account the features of the terrain shaped due to human activity. Additionally, the scientists will study the physicochemical parameters of the water within the area taking into account, among other things, the efficiency of photosynthesis, analysis of the bacteria biodiversity and the quality of phytoplankton. They will also collect the data from multiparameter and ecotoxicological probes.

Apart from that, phytosociological maps of the area around the heap and the Hubertus IV pond will be made picturing the changes in the vegetation due to human activity. Eventually, the scientists will analyse the spatial arrangement of Szopienice and its functionality.

“Research in humanities and social sciences will be not only important but also interesting. Within the project, we plan to make demographic analyses and analyses of historical sources on non-ferrous metallurgy and the community of the district. We will conduct interviews with people who can tell us a little about the plant’s influence on the residents’ lives and with people directly involved in the history of the 1970s. But it does not stop here. We will analyse documents on the operation of the smelting plant, including materials obtained from the City Hall and social welfare institutions,” states Prof. Robert Krzysztofik.

On the other hand, literature experts will explore the narrative and discourse of the industrial reality in various texts. An interesting thing might be the sound map of the district; it is going to include sounds of various industrial plants, public and railway transport as well as sounds of nature.

“The plant still lives in Szopienice. It may be found in nature and people. We will look for contrasts and signs of an illusive reality. We will check whether and how the environment and a person cope with the “lead” legacy,” sums up the scientist. 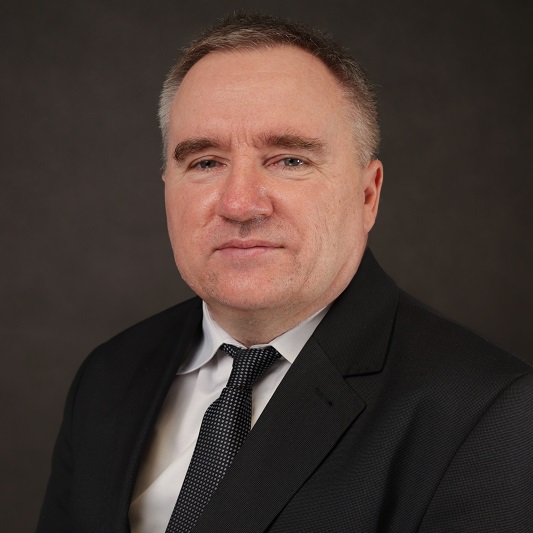 Robert Krzysztofik, PhD, DSc, Associate Professor from the Faculty of Natural Sciences is the leader of the project The impact of long-term pollutant emissions – environmental, health, and socio-cultural effects of non-ferrous metallurgy was financed within the “Green Horizon” call for proposals of the Research Excellence Initiative. More information about the programme at www.us.edu.pl/idb/en.