This site uses cookies
By using this website you agree to the use of cookies in accordance with the current browser settings.
Learn more Accept
Go to main content
COVID-19 security status
Level 0: no restrictions, basic health and safety at work rules
Coronavirus Statistics
home link Type information University of Silesia wins the European Universities Initiative

European Universities is an initiative intended to improve the academic exchange, research potential and international competitiveness of the European institutions of higher education. The project is addressed to alliances formed of various European research centres. In this year’s edition, out of 62 applications received, 24 new European Universities alliances have been selected, involving 165 higher education institutions from 26 Member States and other countries participating in the Erasmus+ programme.

What connects us is that we all aim to transform the style of scientific work and way of thinking about conducting scientific research and teaching. This, in turn, is supposed to lead us towards enhancing cooperation of the University with its surroundings, region and self-government. We would like the research results to contribute to gradual transformation of this environment’, said Assoc. Prof. Małgorzata Myśliwiec, Professor of the University of Silesia, Deputy Director at the Institute of Political Science, member of the working team at the University of Silesia in Katowice, cooperating with the project preparation, in the interview about the importance of the European University Network.

As a result of the second call, the European Universities Initiative will overall be comprised of 41 alliances, including 10 universities from Poland. The programme beneficiaries will receive the funding in the total amount of up to EUR 287 million. 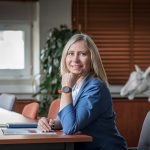