This site uses cookies
By using this website you agree to the use of cookies in accordance with the current browser settings.
Learn more Accept
Go to main content
home link News general „Kazimierz Kutz. Destinations” Exhibition

From 13 December 2019 to 13 March 2020, you can watch an outdoor exhibition dedicated to the films directed by Kazimierz Kutz at the square near the Centre for Scientific Information and Academic Library (Katowice, ul. Bankowa 11a).  The exhibition was prepared by the Silesia Film Institute in Katowice as part of “Year with Kazimierz Kutz” project. It is one of special events accompanying the full retrospective review of films directed by the Silesian director, which takes place in “Kosmos” cinema in Katowice from January to December 2019.

The exhibition presents photos from 19 narrative films by Kazimierz Kutz, starting from his debut – “Krzyż Walecznych” (Cross of Valour) in 1958 and ending with the final film “Pułkownik Kwiatkowski” (Colonel Kwiatkowski) from 1995. The theme of the exhibition is the subject of place in the works made by the Silesian director, understood in many ways: as a specific location, movie setting, place in time and history, destination or spaces. The photos presented in chronological order have descriptions in Polish and English. The whole exhibition tells the story of places and their meaning in the works by Kazimierz Kutz.

(…) Locations and spaces in the films directed by Kazimierz Kutz go beyond their direct meaning and function and speak with an individual voice of images. Destroyed buildings and silent landscapes, family houses where tradition and real life is celebrated, picturesque towns and lonely cities. Silesia, Warsaw, nameless province. Poland through the eyes of an insightful observer: in a distorting mirror, but also with a tender look. (…) [from the exhibition text] 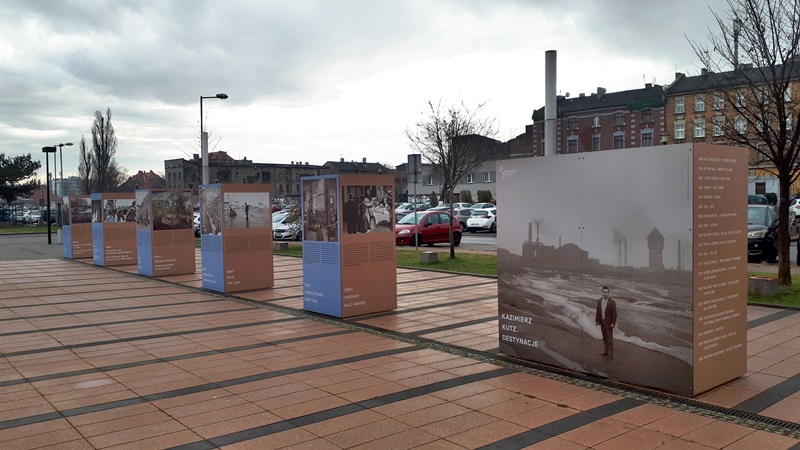 Photo: University of Silesia in Katowice