This site uses cookies
By using this website you agree to the use of cookies in accordance with the current browser settings.
Learn more Accept
Go to main content
COVID-19 security status
Level 0: no restrictions, basic health and safety at work rules
Coronavirus Statistics
home link Type articles Geological Museum is Alive

The 25th anniversary of the Museum of Earth Sciences

The Museum of Earth Sciences, which celebrates its 25th anniversary this year, shows natural history. The museum collection contains about 4,000 geological objects: rocks, fossils, minerals and meteorites from Poland and abroad. The exhibitions are displayed on the ground floor of the Faculty of Natural Sciences at the University of Silesia in Sosnowiec. They show past geological periods in the form of paleoenvironmental exhibitions, dynamics of the Earth’s crust, history of life on Earth, human evolution, history of mineralogy and genesis of cosmic matter.

‘We all know that geology is very useful for economy. However, I’m more interested in the environmental aspect, that is, what geology can tell us about the past of the world that surrounds us’, says Ewa Budziszewska-Karwowska, MSc, Head of the Museum.

‘Rocks are carriers of information which resemble a hard disk where a lot of interesting data was stored’, she adds. It is precisely on this basis that the so-called stratigraphic table – the chronicle of the history of life on Earth, a sort of alphabet for geologists, was developed.

The paleoenvironmental exhibitions in the museum cover three geological periods: Devonian, Carboniferous and Triassic. The one telling about the flood landscape of the highest Triassic in the area of today’s Zawiercie was created thanks to the science camps for students at the paleontological site in Marciszów organised by the museum. These works provided a vast number of bones of land and water animals, burnt remains of plants and shells.

One of the most interesting exhibitions concerns the cosmic matter – meteorites from different parts of the world and Poland. Such materials are also examined at the Faculty of Natural Sciences. The exhibition presents probably all genetic types of meteorites. The most fascinating among them are carbonaceous meteorites, which are the most primeval matter in the Solar System. They contain amino acids and pre-solar diamonds that originated when the Solar System was being formed following the supernova explosion. The cosmic matter does not always reach the surface of Earth. The most difficult moment is its passage through the Earth’s atmosphere. Most of the matter burns, gets shattered or melts at this stage. Contact with the surface of Earth can also be different: the matter may evaporate, melt or be ejected to the distance of even up to several hundred kilometres. What remains on our planet following such a collision is craters and burnt stretches of forests. If the cosmic matter is luckily found, its surface always contains a melting shell, which is the most characteristic feature of meteorites.

‘The most valuable object is one whose fall was being watched and left traces’, says Ewa Budziszewska-Karwowska, MSc. One of such objects is the meteorite that fell in Sołtmany, a small village near Giżycko, in 2011. The one-kilogram meteorite broke through the roof of a utility building. The employees of the University of Silesia associated with the Polish Meteorite Society bought a piece of this meteorite thanks to the funds collected at the University.

The Museum of Earth Sciences is also involved in educational activities, organising lectures and workshops in and out of the University, which are attended every year by about 14,000 students at all levels of education from the Silesian, Lesser Poland, Łódź and Opole Voivodeships. The subjects of museum lessons concern various Earth sciences.

‘The most important thing for me is that the museum must be alive. Many geological museums seem to be dead, like the fossils lying in the showcases. We should always look through the eyes of a spectator, so that the message is clear for people with different levels of knowledge. This field of science is difficult, which is why it must be presented in a colourful, easy and attractive manner, so that both the child and the adult leave the museum enriched with knowledge and having a positive opinion about the place. This is the best promotion for us’, concludes the Head of the Museum. 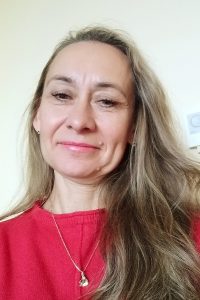 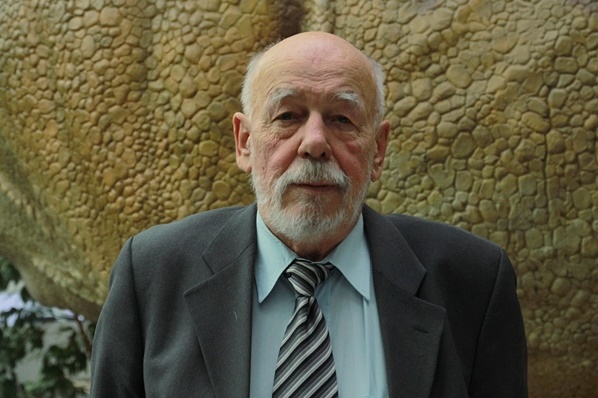 Prof. Łukasz Karwowski – first Head of the Museum of Earth Sciences
Photo: Press Section of the University of Silesia