This site uses cookies
By using this website you agree to the use of cookies in accordance with the current browser settings.
Learn more Accept
Go to main content
COVID-19 security status
Level 0: no restrictions, basic health and safety at work rules
Coronavirus Statistics
home link Silesian research University of Silesia Magazine Nuclear safety in the context of war in Ukraine

Nuclear safety in the context of war in Ukraine

“Russians shelled the nuclear power plant in Zaporizhia, Ukraine.” This information reached us in early March 2022. Similar events also took place in Chernobyl. “You must be out of your mind, and with suicidal tendencies, to destroy nuclear facilities” summed up menacingly Prof. Janusz Janeczek, chair of the Council for Nuclear Safety and Radiation Protection, an advisory body to the president of the National Atomic Energy Agency (NAEA). The scholar from the University of Silesia comments on the developments from the beginning of March and talks about nuclear safety in the context of war in Ukraine.

Małgorzata Kłoskowicz: Professor, a year ago we had the pleasure to talk about preparations for the construction of nuclear power plant in Poland. No one expected the situation in our part of Europe to change this much, for worse. Today, there are far more important issues than questions about the location of the investment, or whether the technology has been chosen – namely, issues regarding Russian attacks on the nuclear power plant in Ukraine, in Zaporizhia, that have taken place in early March. According to news reports, it was not an incidental shelling, but an intentional action. Tanks fired on the nuclear power units. As a result, a fire broke out (and it was fortunately put out soon). What do we know about nuclear power plants located in Ukraine?

Prof. Janusz Janeczek: 54% of Ukraine’s electricity demand is covered by nuclear power plants. Zaporizhia Power Station is one of the 4 facilities of this type in Ukraine, as well as the biggest one in Europe and the 9th biggest one in the world. Six nuclear reactors were installed there, each with a nominal capacity of 1000 MV of electric power, mostly integrated into the power grid in the 80s of the 20th century (one in 1995). In total, there are 15 Russian-built pressurised water reactors in Ukrainian power plants. According to the Ukrainian regulator, 8 reactors are currently active (including 2 in the Zaporizhian power plant), and the rest are turned off for the time when technical inspections are taking place, as planned. In “normal” times, all power plants in Ukraine were safe and passed all the required safety tests, in which various types of natural and unnatural disasters are considered.

M.K.: So know that nuclear power plants, by the virtue of their function, are secured in many ways not only in case of emergency but also in case of external attacks. Those are strong constructions. Are shellings from various types of weapons taken into account during the construction? What kind of protection is applied there?

J.J.: Reactors in nuclear power plants are sheltered by containment made out of reinforced concrete. For example, in the latest generation of European energetic nuclear units, enormous double containment shells with a ventilation system and filters are used. In the case of the Zaporizhian power plant, the walls of cylindrical containment of the reactors are over a meter thick and are lined with metal lining on the inside. The strength of the containment is designed with a view to both, severe reactor system failures and catastrophic external events, including large passenger aircraft falling and artillery attacks. Despite this, containment damage and other serious emergencies as a result of military actions cannot be excluded. You must be out of your mind, and with suicidal tendencies, to destroy nuclear facilities. It is necessary to know that the safety of nuclear power plants is not associated with the reactors only, but also with storage facilities for spent nuclear fuel. The so-called wet storage is a pool located with the reactor under the containment. Outside of the reactor, there can be a concrete construction of dry storage for spent fuel. In Ukraine, such central storage facility was built in the exclusion zone beside the closed power plant in Chernobyl.

M.K.: That zone was also taken by the Russians. After the new containment over the reactor was put into operation almost 3 years ago, the famous location was supposed to become more accessible to tourists. Today, the headlines threaten us with Chernobyl again. Is the location being taken by the Russians a nuclear threat to the continent?

J.J.: In short, we are not in danger of a repeat of the 1986 disaster, however, local contamination is possible in the event of irresponsible actions on the premises of nuclear facilities located in the disused Chernobyl power plant or its vicinity. Even cutting the power supplying the spent nuclear fuel cooling system in its storage did not pose a significant threat, especially since the emergency power generators were activated. The International Atomic Energy Agency’s (IAEA) concern was fuelled primarily by the fact that it was impossible to replace the tired personnel who stayed at the nuclear facilities of the Chernobyl power plant for many days as a result of Russian military actions.

M.K.: A common position of the European Nuclear Regulatory Authority on the safety of nuclear facilities in Ukraine in connection with the military aggression of the Russian Federation has been developed. A similar statement was made by the Board of Governors of the IAEA. These are further examples of announcements in which we can read about the condemnation of the actions of the Russian Federation in Ukraine and the calls for the immediate cessation of all actions against the nuclear facilities. We can also read in them about monitoring this situation. How is the development of the situation in the territories affected by the war and its neighbours, especially in Poland, monitored?

J.J.: According to the international agreements, the organisation coordinating the flow of information is IAEA. Reports regarding any radiation emergencies in a given country are sent to this international organisation, which immediately notifies other countries. The situation of radiation in Poland is constantly monitored by a dense network of measurement stations, especially at our eastern border. On the website of the National Atomic Energy Agency (NAEA), there is a map showing the spatial distribution of the so-called gamma radiation dose rate measured at these stations. There has been no increase in the dose rate since the invasion of the Russian Federation on Ukraine. Everything is normal. 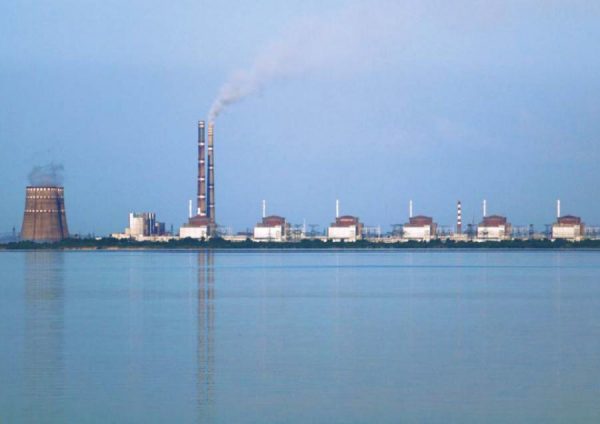 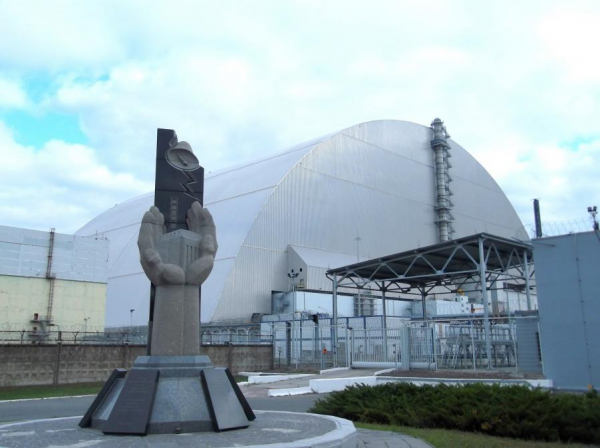 M.K.: What scenario awaits us if any radiation emergency occurs?

J.J.: The network monitoring the gamma radiation dose rate allows for early reaction in the event of an emergency. As I mentioned, any radiation emergencies are announced in countries where they occurred and brought to the attention of the IAEA. The latter immediately notifies the member countries. If we were to assume the most pessimistic scenario, in which radioactive substances are released from several Ukrainian nuclear power plants, unfavourable meteorological conditions must also occur in order to move the pollution toward us. We are not threatened by the immediate consequences of a malfunction due to the distance of nuclear power plants from the borders of our country. If there was a need to take measures to protect us against long-term effects of exposure to radiation, we would be notified in advance by the NAEA. Information on how to behave in a given situation will also be provided by the services managing the removal of consequences of the incident (voivode, the minister of the interior and administration). Therefore, in the event of a radiation emergency, official communication channels should be followed regularly.

M.K.: In short, does it make sense to go down to a basement if the pessimistic scenario came true?

J.J.: Yes, it does make sense. The walls of buildings provide a sufficient shield against the harmful effects of ionising radiation. The more walls between us and the surroundings, the better the protection. Basements or windowless rooms are therefore good shelters. It is necessary to stay there until the contamination alert is cancelled.

M.K.: Can we prepare even better for such a situation?

J.J.: It is worthwhile to stock up on bottled water and packaged food. The National Atomic Energy Agency has prepared advance information for the public in the event of any radiation emergency, which provides an overview of how to react and proceed in the event of a threat of radiation. We also have to remember that in every crisis situation there is disinformation. In the event of armed conflicts, it is spread intentionally to cause panic and irrational behaviour. Following media reports of attacks on Ukrainian nuclear facilities, we noted increased interest in a stable iodine preparation in some parts of the country. It is supposed to prevent the access of radioactive iodine isotope to the thyroid gland. Well, there is absolutely no reason to take this preparation “prophylactically”. Moreover, such “prophylaxis” is not only not recommended, but it may even turn out to be harmful. In our country, we have a proper distribution system for protective preparations for each resident if needed. To avoid nonsensical actions, we need to use only reliable sources of information.

M.K.: Thank you for the interview.

The article “Nuclear safety in the context of war in Ukraine” was published in the April issue of “Gazeta Uniwersytecka UŚ” (University of Silesia Magazine) no. 7 (297). 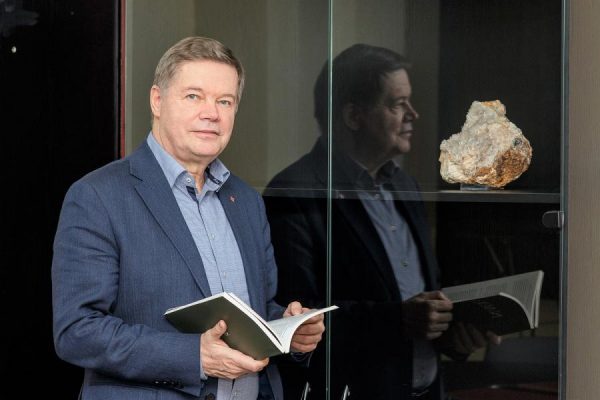