This site uses cookies
By using this website you agree to the use of cookies in accordance with the current browser settings.
Learn more Accept
Go to main content
COVID-19 security status
Level 0: no restrictions, basic health and safety at work rules
Coronavirus Statistics
home link Silesian research projects “Clean Odra? Why Not” – photoreport from the kayaking expedition

“Clean Odra? Why Not” – photoreport from the kayaking expedition

The idea of ​​organising the kayaking expedition on the Odra River was born last year, after the trip down the Vistula River, which was carried out as part of the “Clean Vistula? Why Not” Project. The Odra expedition, like the Vistula expedition, was organised by the Silesian Water Centre (ŚCW) of the University of Silesia in Katowice and the “Why Not” Foundation.

The expedition started on 15 July from Ostrava (Czech Republic) near the zero kilometre of the Odra River, which is situated at the mouth of the Opava River. This year’s kayaking route from Ostrava to Szczecin was 752 kilometres long. 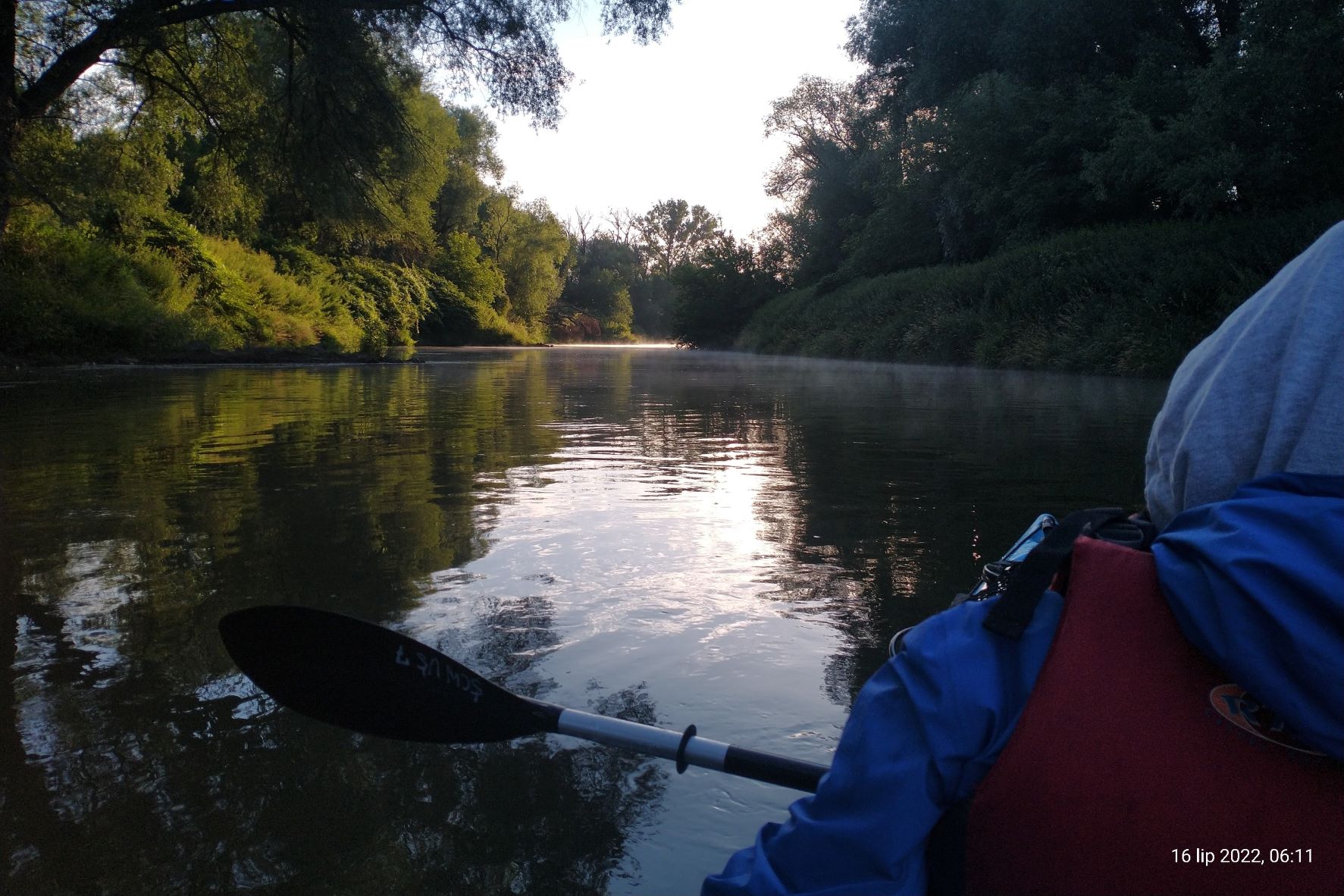 Morning on the Odra River in Racibórz | Photo by Andrzej Woźnica 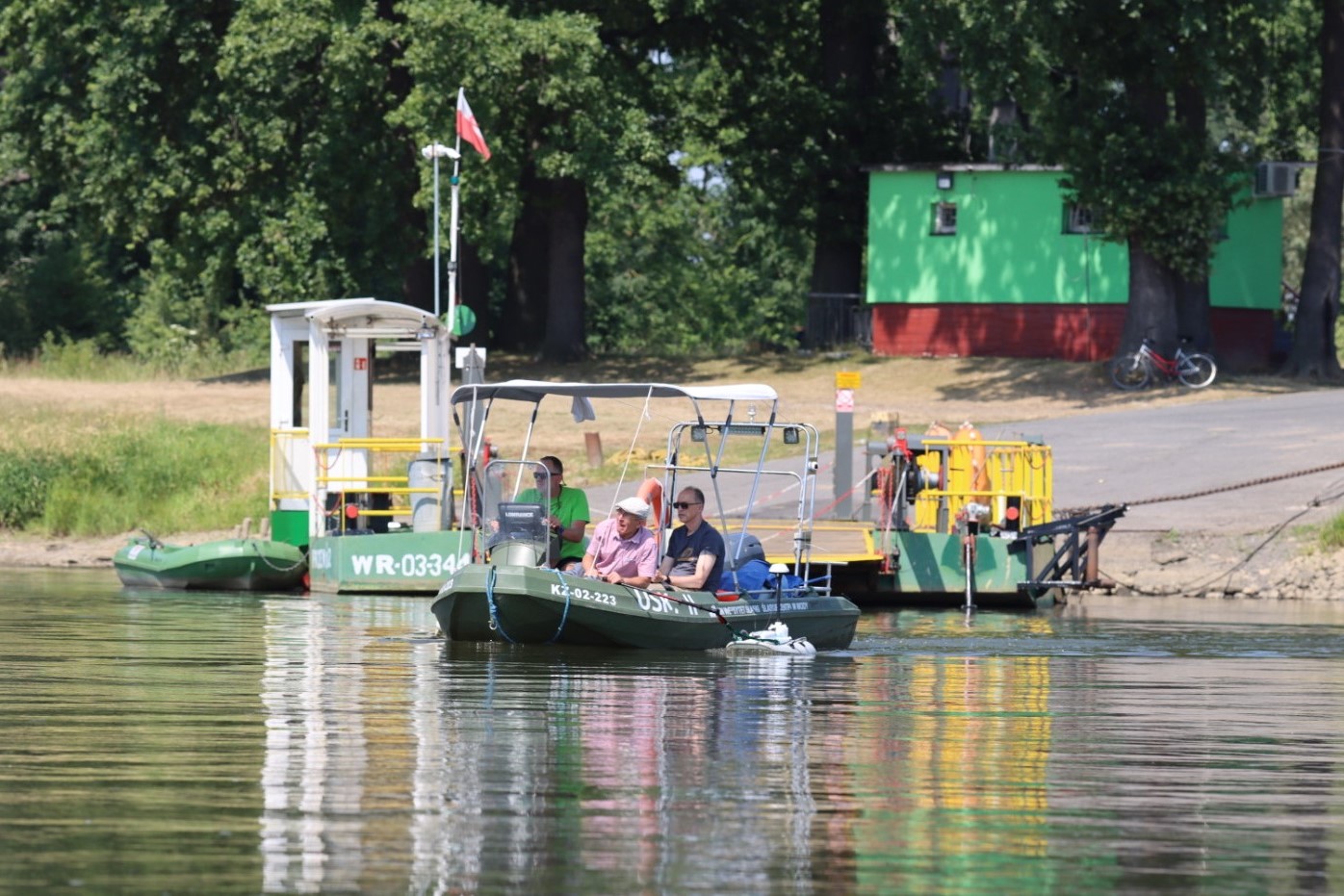 The formal opening of the kayaking expedition in Ostrava was attended by: Prof. Ewa Jarosz, Vice-Rector for Staff Development of the University of Silesia, Marian Rojek, Chair of the Council of the “Why Not” Foundation, Andrzej Woźnica, PhD, DSc, Associate Professor, Director of the Silesian Water Centre, Damian Absalon, PhD, DSc, Deputy Director of the Silesian Water Centre, Aleksandra Głowacz, Associate Professor, Director of the Delegation of the Inland Navigation Office in Kędzierzyn-Koźle, Mariusz Przybylski, Director of the Regional Water Management Board in Wrocław, Józef Tobola, president of the Posejdon Association (Dolní Lutyně, Czech Republic), and Marek Barbara, shipping supervision inspector..

In Kędzierzyn-Koźle, we moved with all our belongings to the UŚKA II research boat. The Odra River from Kędzierzyn-Koźle to Szczecin can be divided into two sections. The first one is the Odra Waterway – 205 kilometres long, where the water depth is regulated by 25 water barrages (25 locks). The second section of the Odra River is 440 kilometres of free flowing river from Malczyce to Szczecin. There is no depth regulation along this part.

Behind the Malczyce lock, we encountered very unfavourable hydrological conditions, and the transit depth of this section was 9 centimetres. Numerous logs protruding from the bottom and banks of the Odra River were also a threat, and on the Słubice – Widuchowa section, the depth was 20 centimetres (transit depth – the smallest navigable depth of a given section of the waterway). It was a serious challenge for UŚKA II and her steersmen. We didn’t experience safe navigation conditions until 650 kilometres into the expedition. 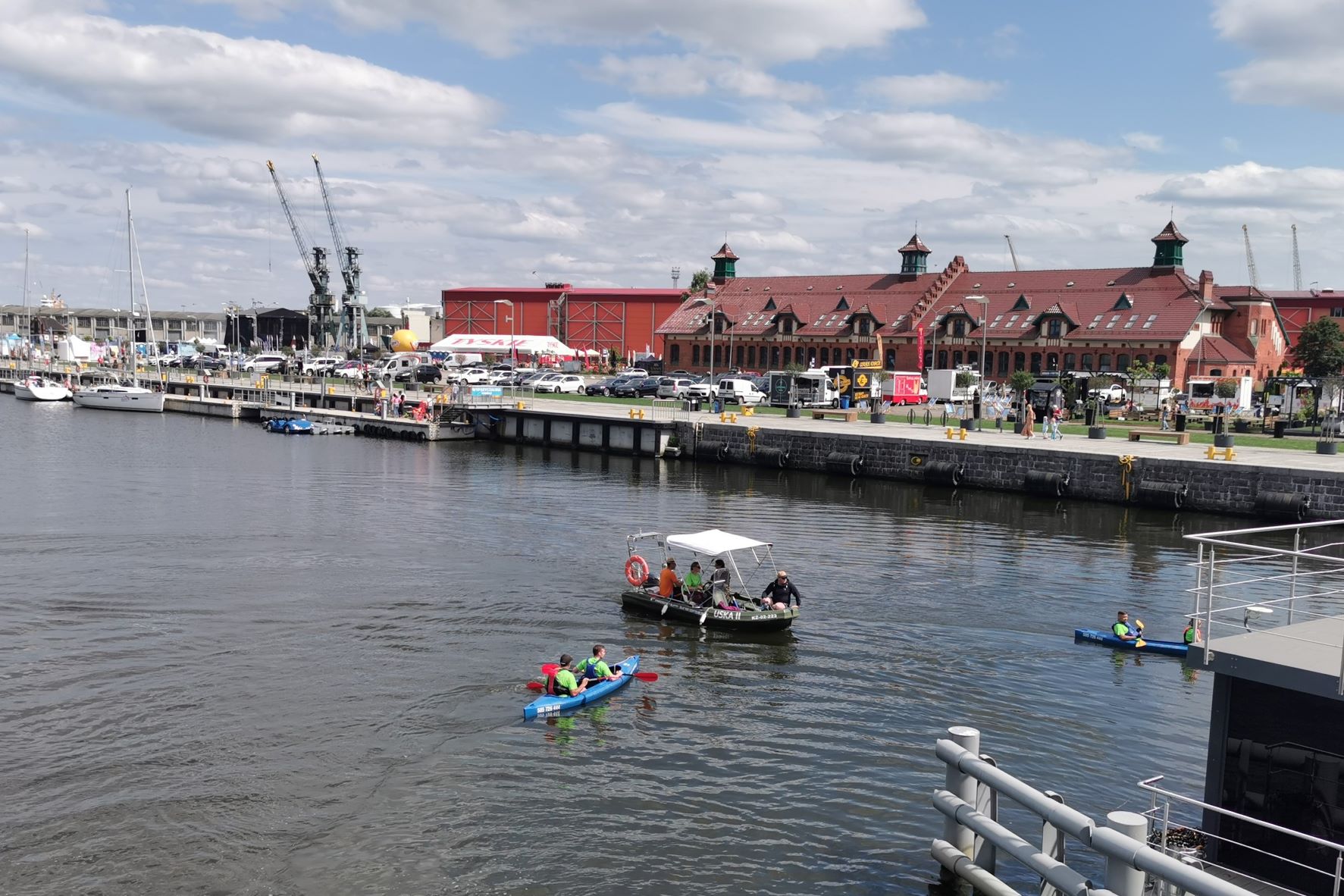 UŚKA II and the kayaks reached Szczecin on 23 July, at 3 p.m. | Photo by Damian Absalon 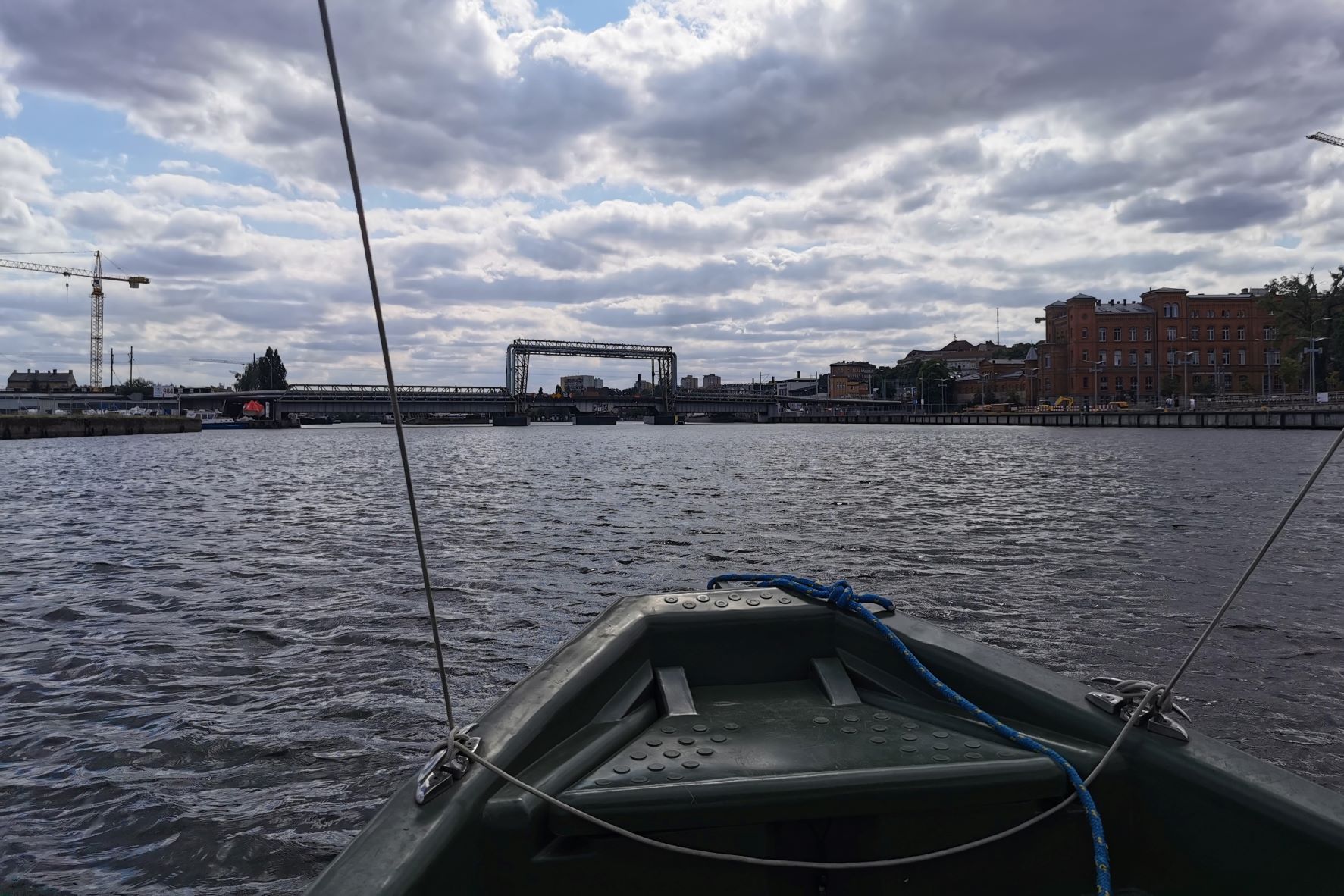 Szczecin from the perspective of UŚKA II | Photo by Damian Absalon

During the expedition, online analyses of 12 physicochemical parameters of water were conducted every kilometre, and diatoms (algae) samples were collected for laboratory analyses at selected points. Photographic documentation of this section of the river was also made.

The hydrological team visited the water gauge stations on the Odra River, where they took readings of the water levels and compared them with the data available online. Measurements of the river flow intensity outside of the water gauge sections were also carried out. They were carried out using a research boat and – in one case – a ferry. Unfortunately, the use of ferries for measurements was practically impossible this year due to low water levels, which meant that most of them were suspended from cruising.

The hydrological team also collected 31 water samples at key points of the expedition, which were sent for detailed laboratory analysis. In addition to standard markings, we will check whether heavy metals, pharmaceuticals or other hazardous substances are present in the waters of the Odra River.

The research team and kayakers of the “Why Not” Foundation would like to thank everyone who helped during the kayaking expedition: Ms. Gabriela Tomik and Ms. Aleksandra Głowacz, and inland waterway employees, Mr. Mariusz Przybylski and his team at the RZGW Wrocław facilities, as well as the local government officials who we had the opportunity to meet during the expedition and who hosted us in their communities. Thanks to their help, the expedition on the Odra River became safer and we were able to finish it successfully. 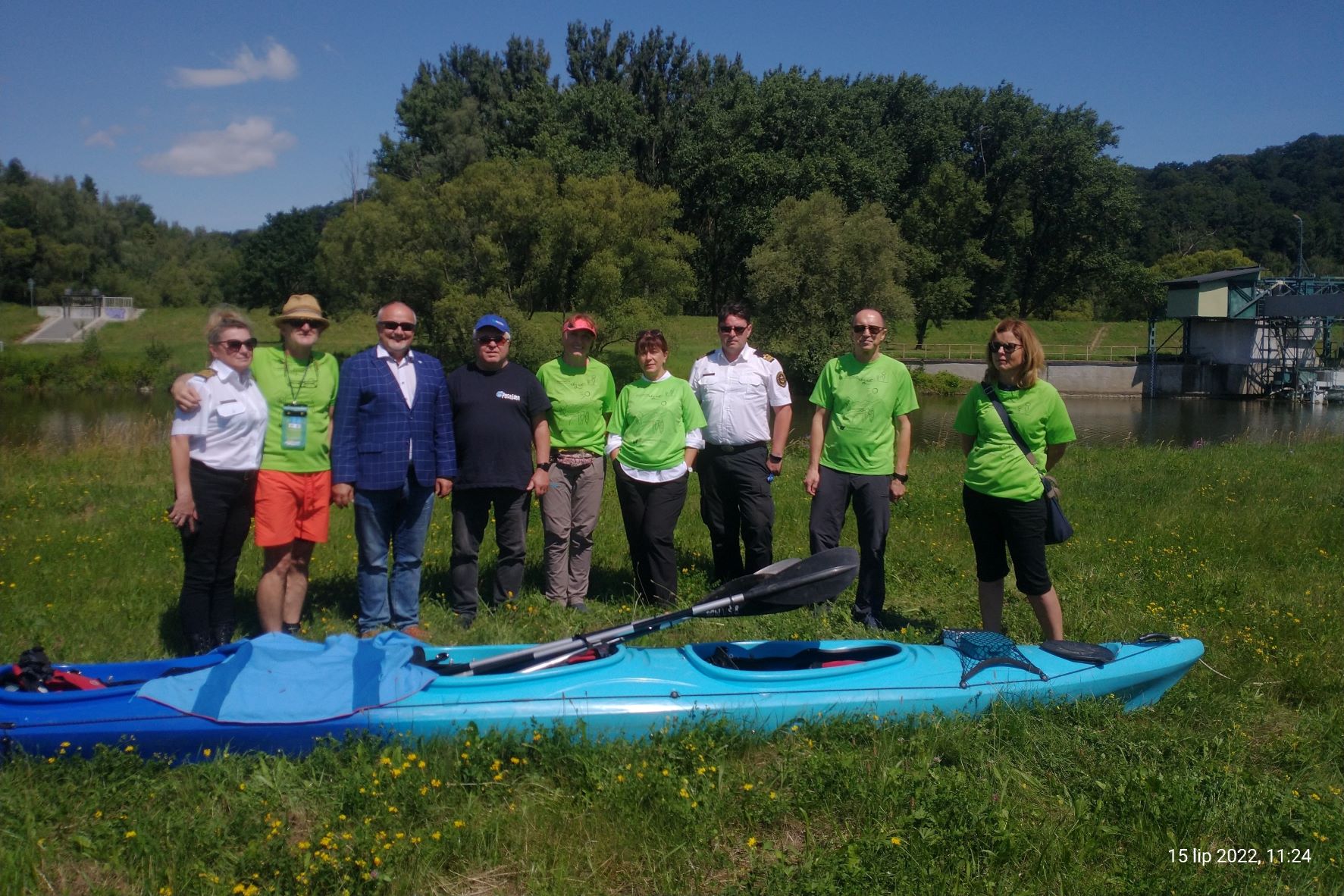 Start of the expedition in Ostava | archive of Prof. Andrzej Woźnica