This site uses cookies
By using this website you agree to the use of cookies in accordance with the current browser settings.
Learn more Accept
Go to main content
COVID-19 security status
Level 0: no restrictions, basic health and safety at work rules
Coronavirus Statistics
home link L-events Scientific Premiere Stage | Hold your nose before elections and cast a vote!

Scientific Premiere Stage | Hold your nose before elections and cast a vote! 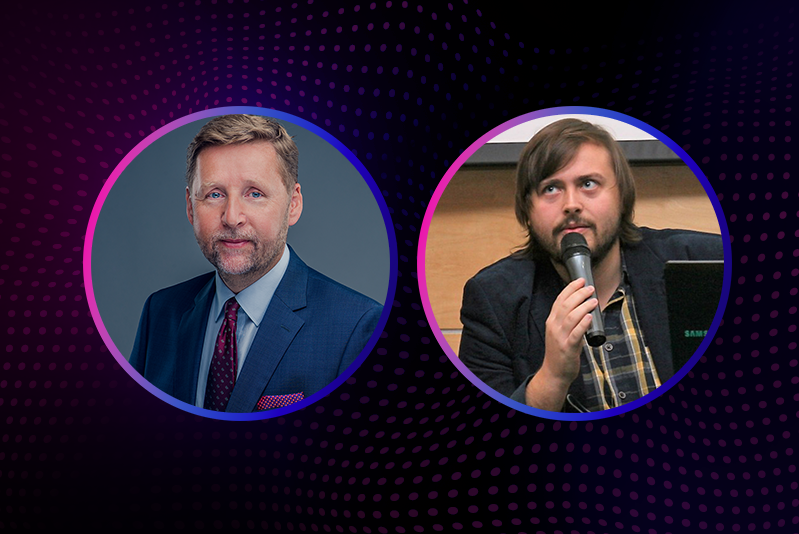 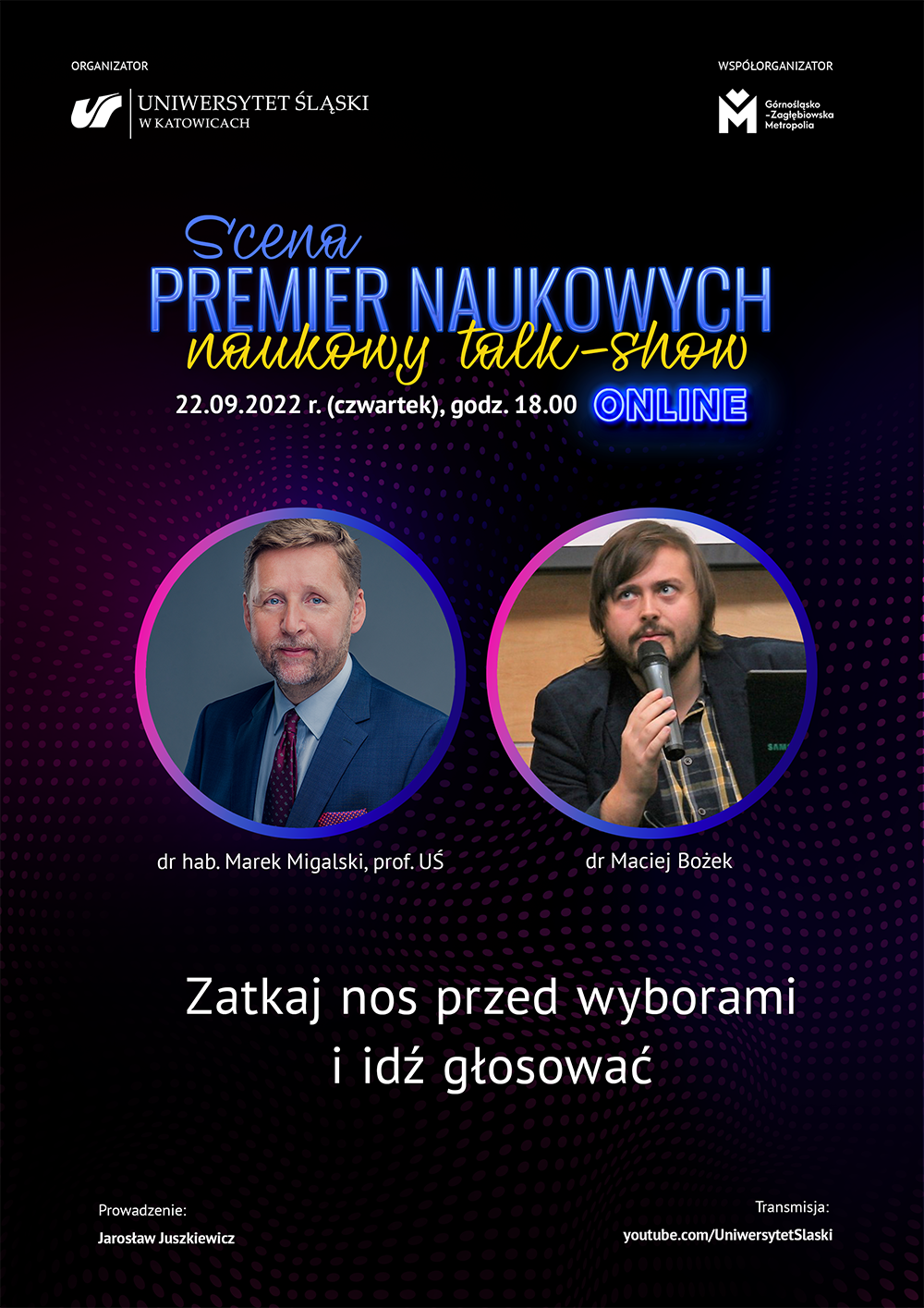 Autumn is coming and with it the new, third season of the Scientific Premiere Stage. For a good start, we invited two scientists from the University of Silesia; they will tell us about their new book where they eloquently describe important social psychology experiments. Each of them may help us understand the mechanisms predominant in politics and society.

Be careful who you consider an authority – it may dispose you to do frightening deeds.

Be careful under what circumstances you make an important decision – it may be affected by the smelly room you are sitting in.

Be careful what you see – because you see what you want to see.

It’s only a few among numerous conclusions from the book 100 najsłynniejszych eksperymentów psychologicznych świata i ich znaczenie dla rozumienia polityki on the most famous psychological experiments in the world and its meaning to understand politics. It is written by a political scientist Marek Migalski, PhD, DLitt, Assoc. Prof. and psychologist and sociologist Maciej Bożek, PhD from the Faculty of Social Sciences of the University of Silesia. In each of several dozens of short chapters, we can find a detailed description of one of the important experiments in social psychology. What has been proven by researchers is then analysed by the book’s authors. They are interested in the universal dimension of an experiment’s results as thanks to that, it is easier for us to grasp the mechanisms of politicians’ impact on society.

For instance, Prof. Yoel Inbar has checked the impact of an unpleasant odour on how a researched group perceived homosexuals. It turned out that people answering questions in a room with a stinky rubbish bin definitely expressed rather negative opinions. In the chapter “Yoel Inbar – how a stinky rubbish bin makes us conservative”, Prof. Migalski and Bożek, PhD, translated the experiment results into the situation of modern times: in order to increase the resentment toward immigrants, it is enough to regularly show them on the TV with a pile of rubbish in the background.

Light style, plain language, numerous cultural references and omnipresent humour make it a great reading, although its conclusions are not much pleasant. From the book, we learn how easy it is to divide us into better and worse, charm us with catchy slogans, and convince us to cast a vote in the elections. When it comes to the last one, gruelling and intricate political party programmes are completely irrelevant, it is all about emotions; these are evoked by a neat appearance of a candidate than what he has to say. And so we snap our fingers at it and cast a vote on the spur of the moment or the first association. After all, it is easier to trust someone than to make a meticulous analysis. Anyway, who has time for this? Therefore, you had better be careful, not look at the hoardings and… hold your nose before the elections.

Another trivia is the fact that in the spirit of the subject of their research and deliberations, the authors carried out an experiment on… the readers. What kind? We will not spill the beans; although we can tell that it concerns the publication layout and adds another reason to reach for this page-turner. Remember to turn on the premiere episode of the third season of the Scientific Premiere Stage on Thursday, 22 September at 6 p.m. when Marek Migalski, PhD, DLitt, Assoc. Prof., and Maciej Bożek, PhD, will be hosted by Jarosław Juszkiewicz.