This site uses cookies
By using this website you agree to the use of cookies in accordance with the current browser settings.
Learn more Accept
Go to main content
COVID-19 security status
Level 0: no restrictions, basic health and safety at work rules
Coronavirus Statistics
home link Type articles Fungicides for book collections. Patent for saving the world’s cultural heritage

Scientists from the University of Silesia in Katowice have developed active substances which may be used for disinfection of most valuable book collections and archives, as well as different surfaces, for example paintings and posters.

The examined compounds demonstrate antimicrobial properties in relation to specific species of fungi. They are also safe for the structure of paper, skin, parchment, as well as human beings and environment. The solution has been covered by patent protection.

The research conducted by scientists from the University of Silesia in Katowice supports the implementation of UN Sustainable Development Goals.

The solution developed by scientists from the University of Silesia may contribute to protecting the health of individuals who disinfect book collections and archives. Part of the currently known and applied chemical compounds demonstrate carcinogenic and narcotic properties, or may cause allergies.  The proposed active substances, while effectively combatting selected species of fungi, will not destroy valuable monuments or be toxic for the environment and human beings. 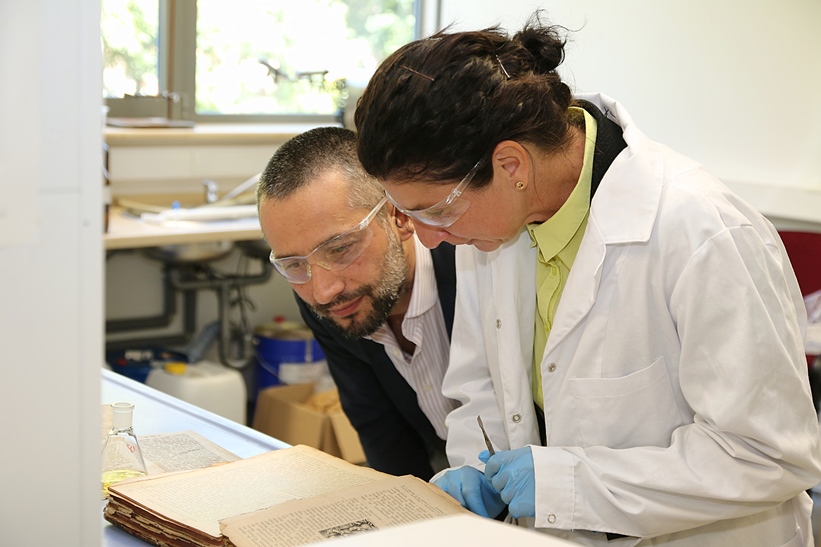 The word ‘pathogen’ is most frequently associated with diseases caused by various microorganisms in human body. Equally negative effects of undesirable contact may affect the most valuable material literary monuments – incunabula, manuscripts and old prints. Particularly dangerous are the colonies of fungi which like cellulose and microclimate of library nooks and crannies.

Characteristic smell of paper, rusty stains, pages in various shades, from yellow through pink to green, or fluffy destruction causing the crushing of material are only few of the signs indicating that the book collection is “sick”. Although art conservators protect valuable monuments, e.g. by using disinfection, many pathogens become resistant over time to well-known anti-microbial compounds, whereas deeper research frequently demonstrate the negative effects of using various preparations – both for the book and the human being. An interesting solution has been proposed by scientists from the University of Silesia in Katowice, who developed new compounds intended to protect book collections and archives against the adverse impact of fungi. The work results have been covered by patent protection.

The developed solution will allow to protect the most valuable historical literary monuments. | photo by University of Silesia in Katowice

‘For disinfection we mainly choose the books of which we are definitely sure that have been infected. We assess independently the condition of paper, block and book covers. It is easy to sense the characteristic smell. These actions, as well as our experience have confirmed the suitability of a particular book for disinfection’, says Dr Agnieszka Bangrowska from the Faculty of Humanities, co-author of the patent.

In the case of disinfection of particular objects, the ‘patient’ is dismantled into parts. Covers and individual sheets are separated. Then proper techniques are used, including immersing in prepared water solution, sprinking or planking in the form of tissue paper saturated with the examined chemical agent. Mass disinfection looks different: the entire book collections are placed in a special chamber to which ethylene oxide is then introduced. 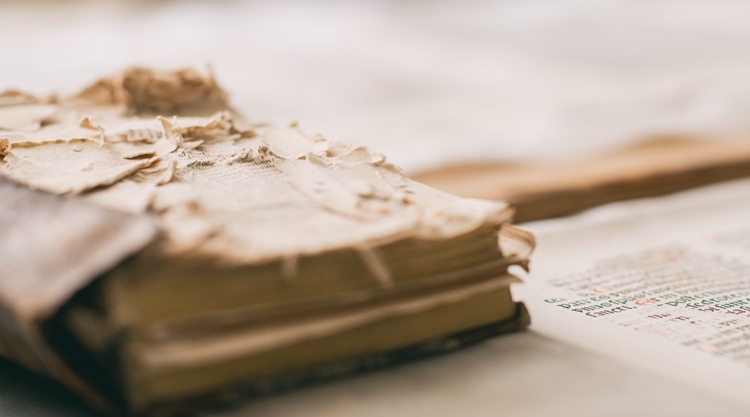 There are many signs indicating that the book is ‘sick’.

Photo by University of Silesia in Katowice

However, art conservators emphasize the imperfection of available chemical agents and disinfection methods. Many known fungicides prove to be ineffective. Fungi, similarly to bacteria, can become resistant to the operation of active chemical substances. Part of the agents used require ventilation of book collection, which is not an easy task. Some of them are to be withdrawn in the near future in line with the European Union guidelines. The above-mentioned ethylene oxide is an explosive gas with carcinogenic and narcotic properties. Other relevant substances, such as dichlorophen, may cause allergies. This is why cooperation with scientists is so important.

‘I specialise in biological and chemical research used for cultural heritage protection on a daily basis. I’m a chemist by education. Being aware of the problem faced by art conservators, I began to look for new fungicides. It was a noble goal, and I was wondering how to achieve it. I contacted Mariusz Grzesiczak, Patent Attorney at the University of Silesia, who suggested that I should contact Prof. Robertem Musioł from the Institute of Chemistry at the University of Silesia. That’s how our cooperation started’, says Dr Agnieszka Bangrowska.

‘We have many patented solutions of which I’m a co-author. So there was a lot to choose from. The task turned out to be interesting due to the specific environment, which is favourable for certain species of fungi’, says the researcher.

‘We had to identify the active substances that will effectively combat microbes, but will not destroy the gentle structures of paper, skin or parchment, will not react with pigments or dyes, or be toxc for the environment or human beings. This is why we decided to prepare several new proposals and chose quinoline derivatives’, she adds.

It is obviously mixtures rather than pure compounds that are used for disinfection of library objects. Therefore, scientists had to determine what concentration of active substance is sufficient for colonies of fungi to be annihilated. 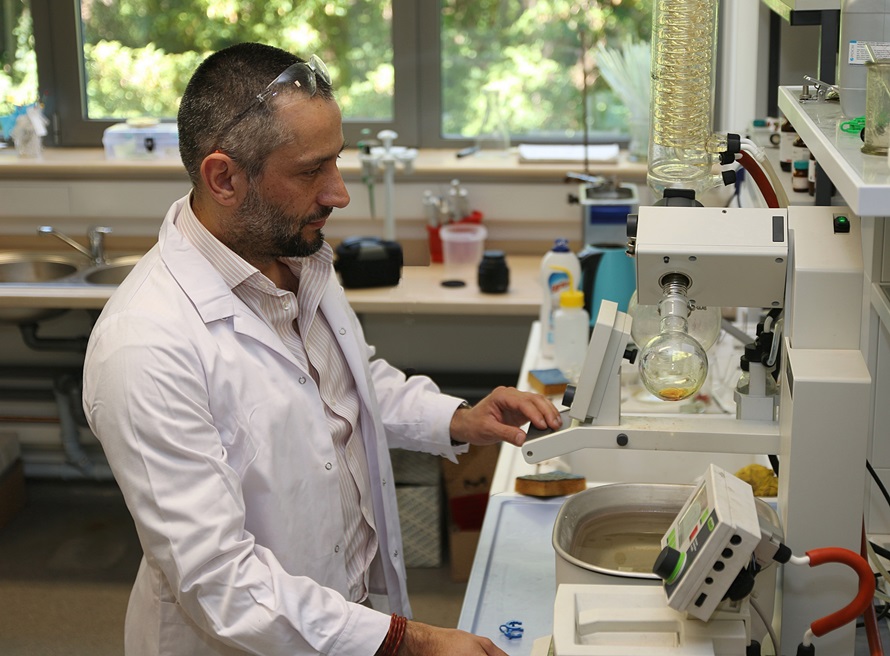 Dr Agnieszka Bangrowska tested the compounds designed by Prof. Robert Musioł on pure species of Aspergillus, Alternaria and Penicyllium fungi. She also performed additional tests on swabs taken from infected books originating from private book collections. The following step was to check the effects brought by the application of developed preparations with defined concentration and time intervals.

‘Based on this, I defined the active substance concentration, which is effective in combatting fungi, and at the same time safe for parchment, skin, tissue and paper’, says the co-author of the patent.

‘Moreover, the new compounds proposed by us, which demonstrate anti-microbial properties in relation to specific species of fungi, can be applied in different disinfection methods: thruogh baths, sprinkling, tamponing, lubricating or planking’, she adds.

The results of interdisciplinary are of essential importance for the application. We hope for cooperation with the companies that will handle the production of fungicides. We will continue the analyses that may not only be used for the protection of most valuable book collections and archives, but also different areas, such as paintings and posters. Our preparation is effective, safe and durable’, sums up Prof. Robert Musioł.