This site uses cookies
By using this website you agree to the use of cookies in accordance with the current browser settings.
Learn more Accept
Go to main content
COVID-19 security status
Level 0: no restrictions, basic health and safety at work rules
Coronavirus Statistics
home link Type articles Microplastics-eating caterpillar

Microplastics are tiny pieces of various plastic materials up to 5 mm in size. Their sources are our clothes, appliances used everyday, for example in the kitchen, cosmetics, and various types of packaging. They can also be formed as a result of the degradation of larger pieces of these materials. It is one of the sources of pollution of our environment that can be toxic to plants and animals, including humans. How to cope with them? Scientists have found that a species of nocturnal insects has successfully incorporated microplastics into their daily menu. Their digestive tract is examined by Prof. Magdalena Rost-Roszkowska with the team of animal histology and embryology at the Faculty of Natural Sciences of the University of Silesia.

It has been known for a long time that nature tries to cope with the effects of human activity. This process, however, takes a very long time, so scientists are wondering how to speed it up. The ideal situation is when we are able to use different organisms for this purpose, knowing that we are not harming them at the same time. It is important.

Prof. Magdalena Rost-Roszkowska has heard about Galleria mellonella many times – for the first time during her studies, and then, the topic came back during her habilitation exam in 2011. One of the reviewers was Prof. Bronisław Cymborowski from the University of Warsaw. During the oral exam, he mentioned the existence of this interesting species of the order of butterflies. It turns out that the greater wax moth is able to eat some amount of plastic in its larval stage.

“Back then, I still treated this topic as a fun fact, a curiosity on nature. I was mainly involved in the study of changes in the digestive system of various organisms resulting from the action of stressors, such as hunger or the presence of heavy metals in soil or water” says Prof. Magdalena Rost-Roszkowska. A few years later, the biologist heard about Galleria mellonella again. “One day my father, who loves to watch documentaries on nature, heard about this genre. It was actually quite a funny story of a researcher who carried the larvae in a foil package. Caterpillars chewed on a plastic bag and scattered in the laboratory. My wrote down the species name and called me to convince me that it was a great research topic” says the researcher “and I thought – why not? And this is how I began to study the effect of plastic on the gastrointestinal tract of Galleria mellonella species.”

Therefore, scientists from the team of Prof. Magdalena Rost-Roszkowska had to learn about the characteristics of these nocturnal insects and learn to breed them.

What does wax have in common with polyethylene?

The greater wax moth is a common insect from the order of lepidoptera. The wings of an adult specimen can range from 30 to 40 mm and are beige-brown in color. The caterpillars of this insect can digest beeswax and therefore can destroy the combs in the hive. In strong bee colonies, this is not a big problem, because worker bees deal with them very well, moving the caterpillars outside the hive. In weaker colonies, however, the larvae can do a lot of damage. Interestingly, the greater wax moth can also damage various beekeeping accessories made of… polystyrene!

Research shows that the caterpillars can digest both polyethylene, polypropylene and polystyrene. So if we left a handful of caterpillars on, for example, polystyrene, the next day we would see a completely perforated structure.

“We were wondering – how is that even possible? We found the results of a study that analysed the microbiome of these insects. Bacteria responsible for the production of enzymes that enable the digestion of various plastics were found in their digestive tract. It turned out that the chemical bonds occurring in them can also be observed in beeswax. It explains everything” says prof. Magdalena Rost-Roszkowska.

Another important question was whether these plastic materials do not harm the insects. The studies conducted so far show that the larvae that fed on plastics developed pupae and then the adult form of a butterfly. What is more, these specimen were able to reproduce. It is a good sign.

“We have not found any research, however, that would show whether the eaten plastics influence their digestive system in any way. As this is my scientific hobby, I decided to take a closer look at this topic with the help of my team” says the researcher. She adds that the main goal of the reasearch was to check if there are any changes in the epithelium of the digestive system, and whether such specific food also affects other structures, including the uterine gland or the fat body, the insect equivalent of our adipose tissue.

The first is important because it is used to create a special cocoon in which the larval form becomes a chrysalis. In the fat body, in turn, various toxic compounds may accumulate, released, for example, as a result of a change in the body weight of an insect.

The team of prof. Magdalena Rost-Roszkowska began their research with the analysis of the influence of polypropylene. It is one of the most commonly used polymers in the world. It is used to produce breakfast bags, bottles, toys, disposable tableware, synthetic fiber fabrics, car accessories and many other products. 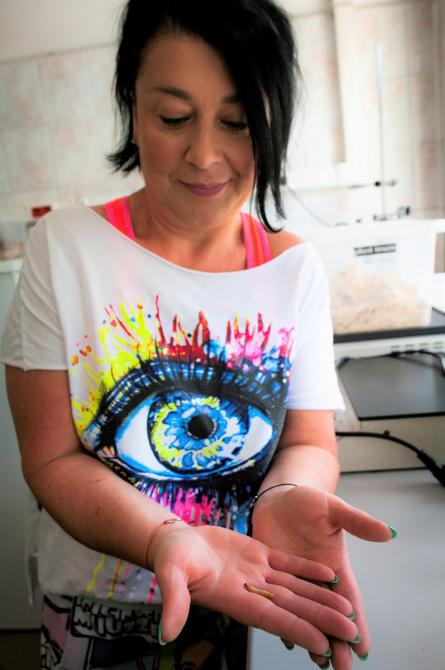 “A simple experiment consisted in throwing 10 caterpillars into an ordinary plastic bag, previously carefully weighed. On the second day, we weighed the bags again and checked what was left of them” says the biologist.

Scientists study Galleria mellonella larvae in the fifth stage of development, when they are the largest. This facilitates measurement and analysis. This stage lasts 5 days, and during that time they are fed with the plastic bags for 24, 48 or 72 hours, and then they are prepared for further analysis. Each experiment is preceded by 24 hours of fasting the individuals to avoid the effects of a standard breeding ground containing honey, glycerin, milk powder, bran.

Students of biotechnology and biology were invited to participate in the research as well: “I wanted to include young scientists in the team. There have been two great bachelor’s theses on this topic. The results were also presented in a poster competition at an academic conference. My student Michalina Komandera won the audience award for the first place in this competition, while my student Oskar Karnówka received a distinction. I am very proud of them” says prof. Magdalena Rost-Roszkowska.

The students’ task was to check, among other things, how many larvae fed only with plastics had pupated, how many had become adults and whether they were able to reproduce.

Scientists also emphasise that changes in the digestive system or other internal structures may not appear until the next generations. So far, the team has established that no changes were recorded in the survival rate of the null, first and second generation. The students also analysed whether the production of reactive oxygen species in these three generations is increased by feeding on plastics. It turned out that a slight fluctuation was observed in the second generation in the larvae’s spinal gland. No similar changes were observed in the intestine and the fat body.

“This is, of course, preliminary research, but I can already say that the results obtained are promising, especially those obtained thanks to transmission electron microscopy. Everything indicates that Galleria mellonella caterpillars are extremely resistant organisms. Of course, we will deepen our analysis. We want to check whether the polymers are not interfering with organelles such as mitochondria. “We also plan to include other types of plastics in our research in the future to find out if they will also harm these particular insects.” says the researcher from the University of Silesia “We still have a long way to go, but I believe they can really help us clean the environment of excess microplastics” she sums up.

The article “Microplastics-eating caterpillar” was published in the July edition of Gazeta Uniwersytecka UŚ (University of Silesia Magazine) no. 10 (300). 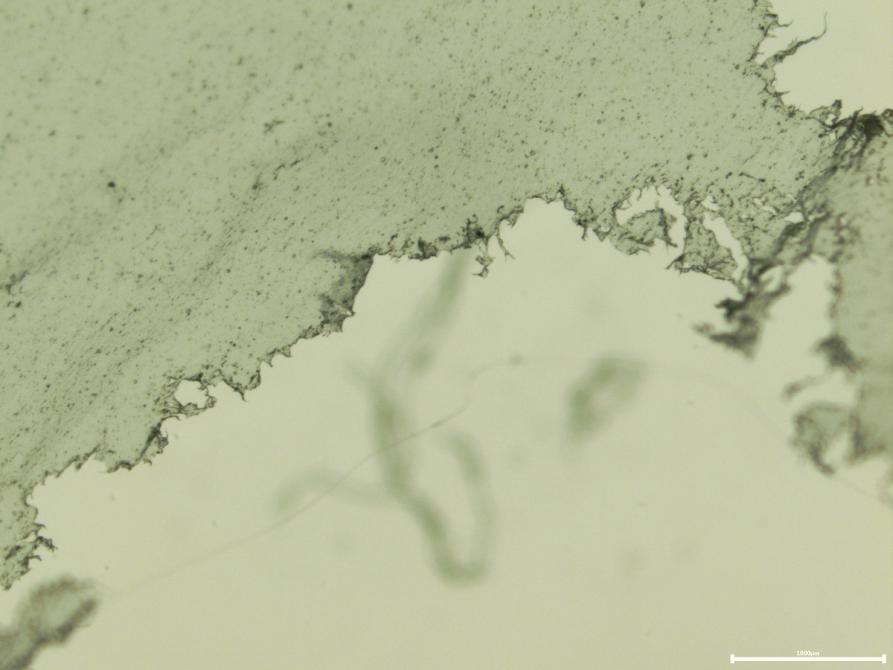 A fragment of a bag made of polypropylene, nibbled by caterpillars of the greater wax moth (Galleria mellonella) | photo: Magdalena Rost-Roszkowska
icon
icon
icon
return to top