The Silesian Park in Chorzów

The monograph Park Śląski w Chorzowie. Projekty i realizacje z lat 1950-1989 [The Silesian Park in Chorzów. Designs and realizations from 1950-1989] was published in 2020 by the Warsaw Publishing House „Neriton”, having been funded by the University of Silesia in Katowice. It presents the history, urban planning and architecture of the Provincial Park of Culture and Recreation in Katowice, i.e. today’s Silesian Park in Chorzow. The publication consists of two parts: the first one discusses projects from the socialist realism period (1950-1955) and the second one those from 1956-1989. The Provincial Park was the largest leisure-related investment in Poland after the Second World War and has become a model and reference point for similar facilities. Many valuable urban and architectural complexes, both socialist realist and late modernist, have been built in its area. Prominent urban planners, architects and landscape designers created them, including Wladysław Niemiec vel Niemirski, Henryk Buszko, Aleksander Franta, Jerzy Gottfried and Othmar Ruthner. They worked for the voivodeship authorities represented by Jerzy Zietek, the initiator and builder of the Park.

The book presents dozens of projects and implementations, including real architectural icons such as the Planetarium, Flower Hall, tower greenhouse or Pavilion C-G from the Technical Progress Centre. The publication is illustrated by unique photos from the archives, in which one can see often non-existent or significantly transformed objects. In the book, archival sources, numerous press articles and compact publications were used. Documents related to the Park are available from the following archives: The State Archive in Katowice, Katowice City Hall, Modern Records in Warsaw, Association of Polish Architects in Warsaw, Silesian Park in Chorzow, Foundation for Silesia, Institute of Architecture Documentation of the Silesian Library and at the Main Library of the Warsaw University of Technology.

The book is the first monograph of the urban planning and architecture of the Silesian Park in Chorzow. It presents many outstanding architectural and sculptural objects, often unique in terms of form and structure in Poland, deserving to be restored to collective memory and, after restoration, to be subject to conservation protection. The material contained in the book can be a starting point for such activities. The publication was released in free access in the Silesian Digital Library and on the University of Heidelberg’s website, which contributed to promoting the Park and post-war architecture in Poland. 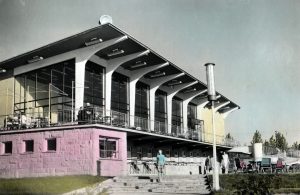 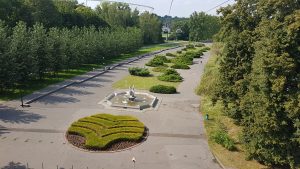